Your guide to KSTS 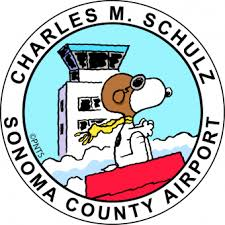 When I saw that KSTS was on the FNF schedule, I was exited, but then I realized that me and @N2628P are probably then only people here that know the proper procedures for KSTS, so here I am, creating a tutorial for my hometown airport. Hope this is helpful! 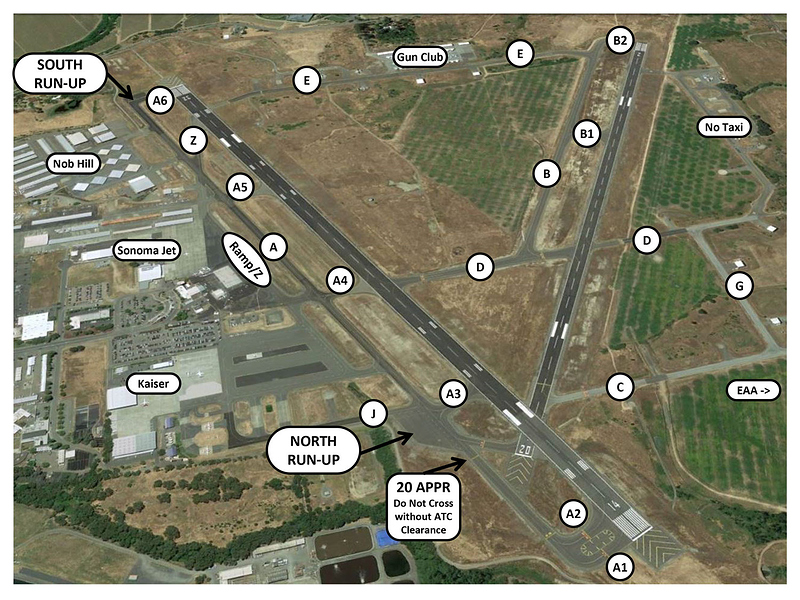 image1500×1125 466 KB
Taxiing is pretty simple at KSTS. If you are doing GA flying, you would spawn at Gun Club(Top center) or Nob Hill(Top left). ATC would usually tell you to taxi to RWY 2 if you are at Gun Club, so you would take a left after reaching taxiway Echo, and then you would continue to Bravo 2 and then hold short. For Nob Hill, Its a little more complicated. If 32 is active, you would just take a left after reaching Alpha, then hold short. If 14 is active, you would take a right on Alpha, and continue until the 20 hold short line. once you are there, you have to get ATC clearance to cross RWY 20 because there may be traffic approaching 20. After crossing, you can take a left on Alpha 1 or Alpha 2.

Last but not least is what aircraft you should use and where you should spawn them:
At KSTS, there is only 4 commercial gates, some 20-40 private areas, and endless amounts of GA. At the commercial gates only spawn in American, Alaskan, and United. Go here for a list of commercial routes. For GA, the biggest GA aircraft that KSTS has is a TBM. I cant restrict you from spawning in anything else, but try to only use C172, TBM, X-Cub, SR22, and Cessna 208. For private, use a Citation as that is the only real “private jet” that is in Infinite Flight and operates at KSTS.

Thanks for reading, hope you enjoyed it! Until next time!

I love Sonoma, I’ll definitely fly there tomorrow and if I decide to control there, I’ll keep this in mind, thank you @Flightistic!

Very nice! Love when people make these. I actually said that earlier in another topic similar to this. Keep up the work!

Great tutorial! Although I find it confusing that Zulu isn’t Alpha 6 and Alpha 6 isn’t Alpha 7… still great though.

@SamC and @nativetoalaska thank you!

And I don’t really know why there is a random taxiway named Zulu there.

Flew here IRL a few times. On ground, GA aircraft are asked to taxi to the north run up area and upon completing their run up, to contact tower. Tower then will assign runway 20 or 14. Light aircraft can expect a takeoff from runway 14 at A3.

Since there is not a way to achieve this using the available ATC commands in Infinite Flight, I suggest using 14 for landings and departures and 20 for only departures. There should be minimal conflict if 32 and 02 is in use.

Beautiful guide! Glad to know about the whole runway 20 thing, thanks!

Thank you for promoting KSTS! This is my home airport and you can find me doing patterns here often!

Thanks for the guide, this will really help me when I will control KSTS:)

It is a beautiful airport! You can find me spotting here sometimes:)