As we all know, budget airlines are airlines that provide cheap flights domestically and internationally at a low price. WOW Air is a budget airline that is based in Iceland and can take you to Europe for a cost as low as $99 USD.

Since their expansion in the North American market, WOW Air has decided to close down three cities in the American Midwest. These cities will be Cleveland, St. Louis, and Cincinnati. Sorry @Cbro4.

“Flights from those cities launched this past May but will end this month in Cincinnati and in Cleveland and in January in St. Louis.” - USA Today

To sum up what was said above, the Ohio region will be discontinued this month, and St. Louis [located in Missouri] will still have a few months left for service, although Detroit Fort Worth (DFW) will remain in service. New York’s John F. Kennedy international airport (KJFK) is to also be discontinued this October.

What are your thoughts on them (WOW Air) discontinuing these routes? Me personally, I think this could ruin some places like CVG as it only has a Paris route and is never really crowded. 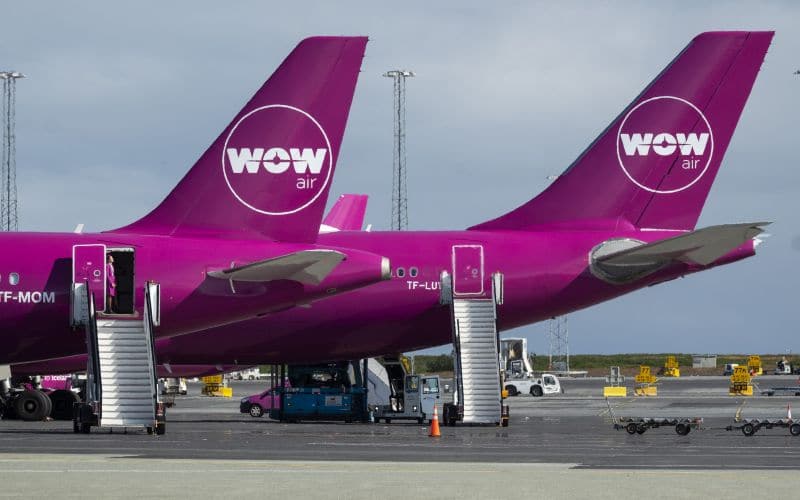 Icelandic airline WOW air is discontinuing flights from three US destinations, RÚV reports. The airline will stop flights to St. Louis in the beginning of next year and will not be operating summer flights to Cincinnati or Cleveland as it...

To be honest, it would have been cool to go to Iceland.

Rather disappointing. But they have a reason.

I’m actually kind of surprised. I liked seeing WOW air serve smaller markets that Icelandair does not serve. Such a shame. I hope they comeback soon!

Numbers are down. Refunds given. Honestly not surprised, but not happy about the whole situation.

They are a “low-cost airline” so if money is not coming in, they leave. So I do agree with you

As I continue to read more and more, it seems like WOW air and Icelandair are falling apart. WOW air has not said they will be stopping service to 6 destinations (including STL, CLE, and CVG), and have said they uncertain if they will continue services to New York next year. Icelandair and WOW air have also said they are both facing huge financial problems. This is looking really bad. I might make a topic on this soon.

So… is this a point for @KPIT over @Cbro4 then? That’s what I really care about.

I’m going to take it as a point KPIT!

I mean I guess. At least it’s not DTW!

I guess we have to start planning a event for these airports!

Good luck with them!

It’s a shame they’re exiting out of the small markets. My wife and I flew WOW Air this past summer - they were the only airline offering none-stop flights out of LAX. Nothing like a purple a330 to grab your attention.

Even though they are a budget air, we prepared before hand and it was still a pleasurable experience. I would just recommend upgrading your seats so you have a little extra legroom and so you don’t have to pay for luggage. 😉

Flights are also cancelled from KEF to DFW and JFK starting Oct 26, 2018

I hate to say this as I am the CEO of WOW virtual , but could this be the near end of WOW air? I mean as I said before, they have stated that they are having financial issues

WOW is trying to do too much at once. Their fleet is only 20 aircraft, they cannot possible service that many destinations without more.

I hope not!! Maybe they are regrouping and will only offer seasonal flights.

Ok I’ll add it to the list! Thanks! Detroit is going to stay though.