Apparently Turkey is planning to make a new airport, named IGA (Istanbul Grand Airport). It will be expected to hold 90 million passengers by 1st building stage and 150 million by the 4th stage. I believe you can still enter a competition to design a control tower for the airport. It will have 6 runways and 2 terminals apparently (by the end of the fourth building stage). Excited to see this airport soon, by 2018, hopefully. 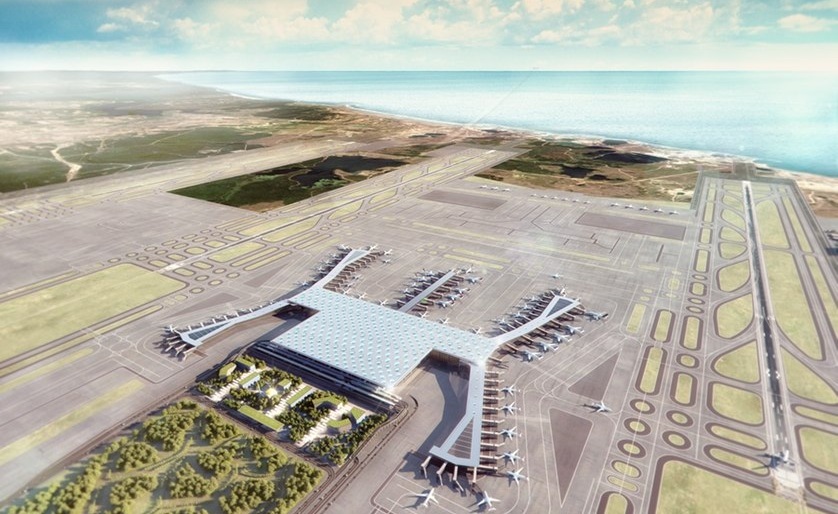 Istanbul New Airport is a multi-billion Euro project that is due to open by 2018. With three runways and an annual capacity for 90 million passengers the intent is to expand to six runways with 150 million annual passengers, making it the largest...

Istanbul New Airport (Turkish: İstanbul Yeni Havalimanı) is an international airport under construction in the Arnavutköy district on the European side of Istanbul, Turkey. The airport is planned as the largest airport in the world, with a 150 million annual passenger capacity in its last planned expansion stage, while remaining upgradable to handle 200 million annual passengers if required in the future. The airport was planned due to a reported lack of capacity in the existing airports of Istan...

Is Turkey such a popular turist destination?

Not sure, but it’s a major stopover for people like me when they have to fly to Iran through another country (US y u do dis)

Not necessarily that, it’s just a very well centered country, from IST (or IGA) you can head to South Africa or just all of Europe. Major layover, really. Like Nerd said.

It is a hub connecting Europe and Asia.

Suprising…6 runways but two terminals?!
Paris CDG has got 4 runways and 9 terminals.

Taxi time is going to be long!

Parts of Turkey, yes. I am currently on holiday in Turkey. Parts such as Alanya, Istanbul, Antalya, etc. Google it. It is really popular especially in Summer. A LOT of English tourists visit Turkey as well.

A lot of people go to Turkey for the summer. I once considered going to Dalaman.

Biggest by landmass? Currently Riyadh’s King Khalid International (Saudi Arabia) occupies the biggest area. They have a whole terminal for the Royal Family only!

Biggest by passenger passing or landmass?

I’m pretty sure it’s both …

Do research to find out more info

IST is one of the busiest airports in entire europe, Turkish Airlines main hub and Istanbul by the way europe’s biggest city.

It’s a major tourist destination for Great Britian and a lot of Europe, possibly the biggest here

DWC isn’t going to be that ambitious, I can’t see IGA, with less passengers getting anywhere near that kind of scale.

Why Turkey needs a bigger airport?

Because their current airport is small and cannot handle 747’s and A380’s. I think that Turkish Airlines is going to buy 747’s or A380’s.

Seeing the situation in Turkey (the two attacks in IST & the coup d’état). It will probably never go near its capacity.

This is what people here in Singapore say, “wait long long”.