Time to get creative with Wizz!

Wizz Air is searching for a unique livery to represent its dedication to sustainability.
For one of its Airbus A321neo aircraft, the Hungarian low-cost carrier is holding an international design competition for artists. 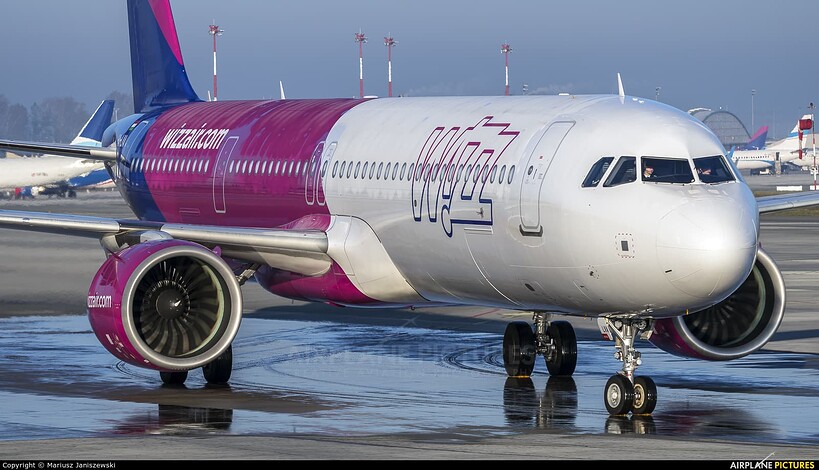 The backbone of the airline’s aim to cut its carbon emissions by 25% by 2030 is its fleet of recently acquired Airbus A321neo aircraft. In comparison to its predecessor, the new and efficient jets offer a 50% decrease in noise, a 20% reduction in fuel, and a 50% reduction in nitrogen oxide. With plans to replace its ageing A320 family aircraft with over 300 A321neos, Wizz Air will soon be the largest operator of this class in Europe.

Over the previous two years, Wizz Air has made notable advancements in its green development. The carrier’s 2022 carbon emissions per passenger were the lowest ever, at 55.2 grams/km, a remarkable 15% drop from its previous record set in 2021.

Wizz Air is looking for a design by February 12 in order to draw attention to its development that is driven by sustainability and its significant carbon reduction targets. The airline has provided entrants with a number of details. The artwork must be fitted into Wizz Air’s well-known pink and cobalt livery, with a green accent added while maintaining the airline’s current logo. 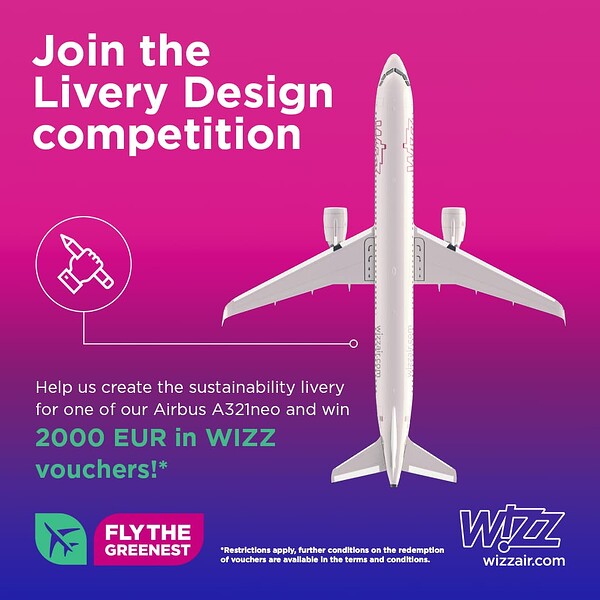 The winning entry will go through a feasibility study to incorporate it either entirely or partially before being applied to one of Wizz Air’s super-efficient Airbus A321neos. Designs will be reviewed by a jury comprising team members from the marketing, communication, and fleet departments. A further €2,000 ($2,150) in WIZZ vouchers, broken up into 10 €200 coupons, will be given to the victor to be utilised throughout the carrier’s extensive network.

On Wizzair’s website, you may find information on the submission process and the rules.

Will you be entering with your design?
I look forward to seeing the outcome!

Imagine having this on an airline resume 😮‍💨

Imagine having this on an airline resume 😮‍💨

Now that sure is something to brag about!
There are plenty of extremely talented graphic designers out there, but that shouldn’t stop you from giving it a go!

This minus the livery design win was pretty much what I had besides the regular stuff basically everyone has (aka high school diploma). And you won’t believe how much that one point helped me when applying with Lufthansa and the German ANSP. The knowledge you gain in IF itself and also here in the community (which for a long time was my only touchpoint with real-world aviation), is so valuable for those interviews. When you have a noticeable passion for a topic and also have above-average knowledge, this is basically a guaranteed job right there. Compared to all the people applying for the “money” or prestige, any aviation company will gladly take you over others. I am pretty sure that was the reason I was able to be picked at the end of the assessment centers over others who maybe had better credentials on paper.
It’s nothing I would put on my CV though ^^ but maybe bring it up in the interview itself (aside from the mobile part maybe because this usually comes with a negative connotation, not to front IF of course)