Why is Atlanta so busy?

Atlanta metro area is over 5 million people, but not only that - it’s Delta’s largest hub and has flights going to and coming from pretty much anywhere in the world. Also “busiest” doesn’t mean it’s the largest or that they transport the most passengers - it just means they have the highest number of flights per hour.

Also if you think, ATL is the only large airport in the region. Think about the other large metro areas and you’ll realize they all (at least the ones I can think of) have several decent sized airports around.

Here’s a good article I found: 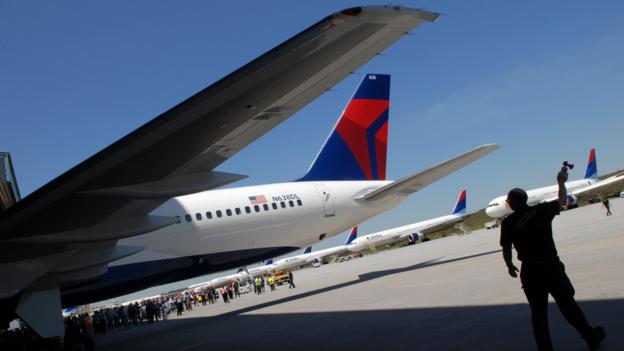 Why is Atlanta the world’s busiest airport?

With more than 250,000 passengers and nearly 2,500 arrivals and departures each day, a layover at Hartsfield-Jackson Atlanta International Airport is not uncommon.

There is also a video!

Because it’s Deltas hub. And because Atlanta is an awesome city!

I live near ATL (about 30 miles north) and there isn’t a single moment where there isn’t a plane overhead. It’s pretty cool. This is when severe weather created ATC traffic to divert to other patterns. Watch it a bunch of times and it’s truly amazing

I found this amazing

Because There are Brods In Atlanta

Please don’t forget about the pandas

They acctually do have the largest amount of passengers per year🙂

What city do you live in? I live outside Atlanta as well

Because there are bunch of large companies and banks based out of Atlanta.

People dare forget about me??? lol… Anyway, busiest because it’t a major hub for a major airline! 'Nuff said…

Guys, what is a delta hub?

its one of the biggest hubs for airlines in the world, ITS DELTAS SUPER HUB!!!, and many other international carriers fly there too! :)