What it's like to fly one of the world's best airlines

Found this short little video this afternoon about flying Qatar economy from New York to Doha onboard the A350-900. Personally I’ve never flown with them but it looks amazing! Have any of you guys flown with them if so what was it like? 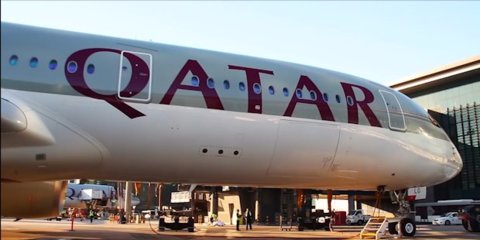 Since when was Qatar the worlds best airline? Read the skytrax rankings.

Qatar is the best?! Don’t think so! Economy is way to cramped!

I know they aren’t the best but Qatar were second best in 2016 and first in 2015 and not to mention their economy product is one of the best so imagine the latest aircraft which is the A350 and a brand new economy product. That’s what makes this possibly the best aircraft to fly economy on.

Oh, I thought you asked what it was like to fly for Qatar.

I never fly with Qatar before, But I have flown with Singapore Airlines (The best airline imho) with their A359 😀

I wish I can take a Qatar flight someday though. Perhaps I can take CGK-DOH-TXL someday 😊 (DOH-TXL is served by A359)

Your experiences or friends? Is the airline at least safe or are the cost cutting measures affecting that?

Friends who work there.

What the passenger sees/experiences and what the requirements behind the scenes are are two different things. It’s probably sustainable in the short to medium term but probably not for the long term.

Skytrax main rating is based of votes that anyone can vote for so it is unfair on airlines like air new Zealand because not many people no them. For example air new Zealand win thevery best economy and premium economy seats on the same website because that section isvoted by professionals. The vote when they only used professional opinion was airlineratings.come where air new Zealand won.

I thought qatar was decent, but Emirates was much much better.

Actually, it’s based on how many stars people rate the airline. So if 2000 people rate Qatar 5 stars and 400 people rate Air NZ 5 stars, they’d be around the same ranking.

Depends on many factors, the crew in Emirates usually aren’t as friendly and the layout on most aircraft can be a lot more cramped compared to Qatars, the only good thing they offer is the best IFE system in the skies.