It has been almost 8 years since Vietnam Airlines last flew to the United States (excluding San Francisco earlier this week), the last time being from Boeing’s 787 base in Charleston (CHS) to Washington National Airport (DCA), the second time a Dreamliner has landed at DCA, to show off the airline’s first 787-9 Dreamliner to the Nation’s Capital. Well, they are doing the same thing again, but this time transporting their new, 9 month old, 787-10 at Washington Dulles Int’l Airport tomorrow to help out their people! The aircraft, VN-A879, is scheduled to arrive at around 1 pm EST tomorrow, May 15th from Hanoi to transport citizens of Vietnam stranded in Washington, D.C. and surrounding areas back to Vietnam. The aircraft is being stretched to its limits, the 787-10 having the shortest range of the 787 family, yet it is the adequate size needed, with 367 seats in the airline’s configuration. The aircraft can be found by searching VN1 or HVN1 on FlightAware or FlightRadar24.

Earlier this week, the 787-10 landed in San Francisco non stop from Hanoi for the same purpose, to get stranded citizens back to Vietnam. The flight maxed out the range of the longest variant, likely the reason for the stop in Anchorage on the way back, filled with passengers, and constant headwinds heading west towards Hanoi, Vietnam. The flight from Dulles will make the same stop in Anchorage, before continuing on to Hanoi.

Vietnam Airlines has flown its first-ever flight to the United States. A Boeing 787-10 operating a repatriation flight…

DCA is not meant for heavies😂

Boeing and Vietnam Airlines were the only ones with prior approval to land 787s at DCA!

I think there have been a few other ones too right? A DC-10 that had an emergency at one point I think, I can’t remember any other heavies off the top of my head…

I’m pretty sure a few 767s have landed there before too. 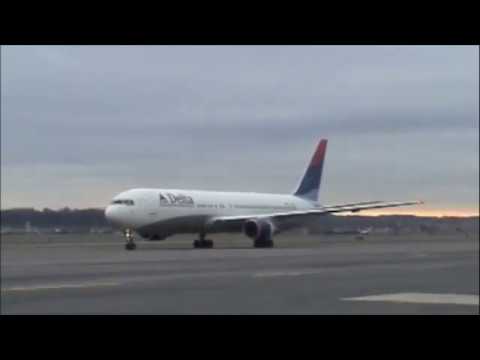 Of course @Ishrion has the link… 😂

Ishrion is like the official news source of the ifc, need a link or confirmation, ask him, we’ll probably have it before you asked 😂

Oh nice that’s pretty neat! But personally, I’m more excited for the AN225

I’ve done it, it’s not that hard tbh, I mean not that much harder than a standard river visual…

Here it is taxiing to the cargo apron!

Were you on top of the Daily Parking 2 garage?