The Boeing 707 made an emergency landing at Sultan Iskandar Muda Airport at Aceh, Indonesia last Friday. The plane was on its way to Kadena Air Force Base in Japan from Diego Garcia, Chagos Islands, in the Indian Ocean, when the incident occurred. The Plane was flying at FL250 when the crew reported failure on one of it’s engines. From 20 personnels, Some of them were not allowed to leave SIM Airport as they don’t have passports. The aircraft, with “United States Air Force” written on its body, is still parked on the apron of the Sultan Iskandar Muda Airport waiting for repairs from U.S Authorities 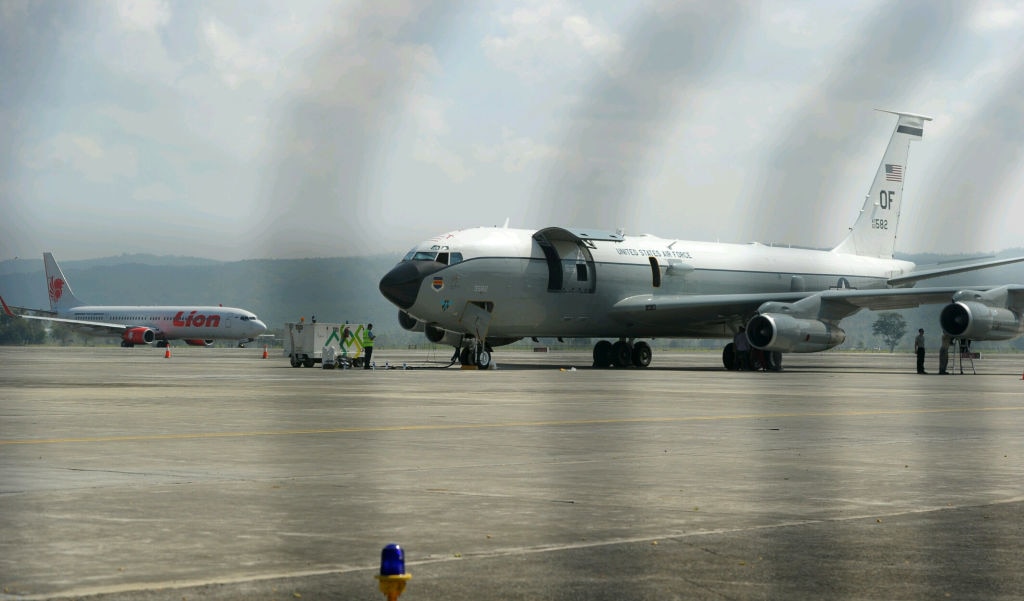 No one aboard the plane was injured, according to Indonesia's Air Vice Marshall Jemi Trisonjaya.

Still parked in SIM as today. Expected to back in the air approximately in a week.

If I was those people not able to leave the airport, I would be scared in another country

How about if you were being those malaysians whom are being avoided to go home from north korea by Kim Jong Un ?

I would also be scared , up there it was my opinion as you have the right to disagree with mine