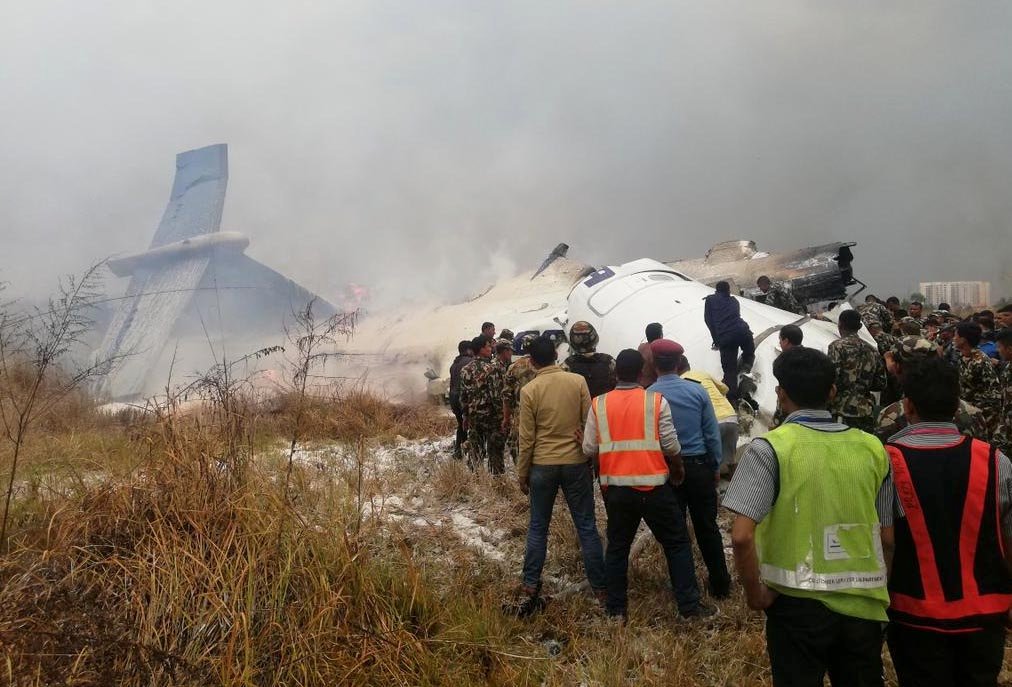 A US-Bangla airlines plane crashed at the east side of runway at of Kathmandu Tribhuvan International Airport. Please upload the page for updates… UPDATE 15:30 UTC The death toll from the crash has reached 49, including 22 Nepali...

Let us pray, this looks disastrous
And in a q400 too. May we wish the best for the families of the souls on board 🙏

I think because of Elevation, the plane is falling at that height it may already be as 0ft. Also because the airport is in the mountain range?
~cmiiw

Last reported position was several miles away from the airport. Most likely whatever receiver was feeding the data to FR24 wasn’t picking it up anymore at that point probably due to obstruction (terrain). You’ll see this a lot over oceans too. FR24 has that aircraft as landed at 1420 which coincides with a report I saw that the crash happened at 2:20pm local time.

Edit: Looks like it has been confirmed that S2-AGU flight BS211 is indeed the mishap aircraft, runway excursion.

Let’s not speculate yet. That’s the first rule of aircrash investigation.
Let’s hope there is hope for the passengers

I think it’s like the FR24 data that @schyllberg send above??

It crash landed i guess. All flights are diverted.

Yes, @Rajdipta_De i have take a look on FR24 a while ago, no inbound / outbound traffic on that airport

Out of the 67 passengers, 17 people were reportedly taken to the hospital. There are survivors.

After seeing these pictures I thought that nobody could have possibly survived this.

AT least 40 people are reported to have been killed when a plane crashed at Kathmandu Airport in Nepal.

After seeing these pictures I thought that nobody could have possibly survived this.

Yeah me too. I thought was no survivor on that crash, after I see in other news, if there are still lucky passengers 😅😅

I think they will resume operation within a couple of hours.

about 17 people was survived.

What is going on? Three crashes this year, and yesterday (or on Saturday, can’t remember) there was a private jet crash too.

At least there were some survivors…

50 Dead As Bangladesh Passenger Plane With 71 On Board Crash-Lands Near Nepal...

A Bangladeshi plane with 67 passengers on board crashed near Kathmandu airport on Monday as it was coming in to land, officials said, as firefighters battled to extinguish the burning wreckage and rescue passengers.


What is going on here!? One near miss (Pegasus), three major crashes, one helicopter in NY and now this… May these people rest in peace.

Update 8 minutes after the first one: 38 dead 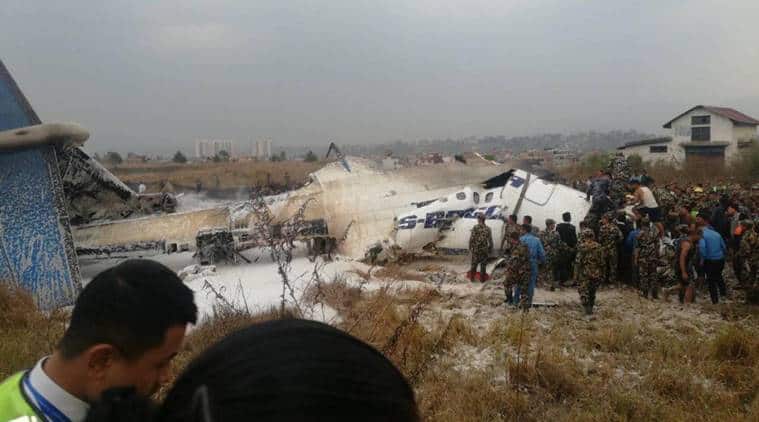 Nepal plane crash highlights: The aircraft that was coming from Dhaka caught fire immediately after it hit the ground off the runway at Nepal's Kathmandu airport, the source added. The cause of accident is not yet known.

This same aircraft skidded off the runway earlier in 2015. It was repaired and put back into service 8 hours later.

On 12 March 2018, US-Bangla Airlines Flight 211, a Bombardier Dash 8 Q-402 with registration S2-AGU, crashed while landing at Tribhuvan International Airport, killing 52 of the 71 people on board. The final accident report, published on 27 January 2019, concluded that "the probable cause of the accident is due to pilot's failure to understand the situation and handle the aircraft. Due to which the aircraft crashed". On 26 September 2018, US-Bangla Airlines Flight 141 , a Boeing 737-800 with re...

“Here is an altitude graph showing the last 12 minutes of the flight #BS211 from the moment when the aircraft dropped below 11,600 feet. Please note that Kathamndu Airport is located at about 4,400 feet altitude.”