Hey everyone, today I have a small feature request for you.

I am suggesting a few updates to the Aspen Airport TFR. These details are as followed;

Currently in Infinite Flight, the largest aircraft allowed in Aspen is the CRJ-900. This is unrealistic because Aspen has hosted aircraft up to a 737, so they should at least change it to the following;

No aircraft larger than an E195 is allowed at this airport. Any larger aircraft must divert to a suitable airport.

Don’t believe me when I say that the 737 can fit into Aspen? Here is my proof. 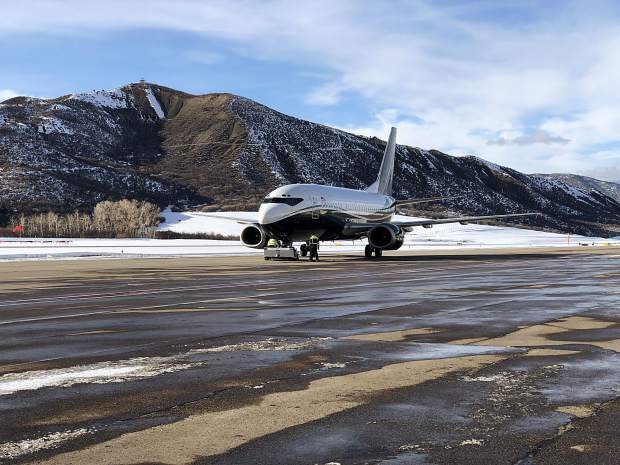 Okay, hear me out. This does happen in Aspen and is often needed there due to winds. I suggest that the NOTAM for that part should be changed to the following, as smaller aircraft can do this maneuver with ease.

Again, need proof? Here is a video from a friend of mine landing a Citation CJ4 into Aspen.

I hope these should be allowed as allowing these is a step in the right direction for adding realism to Infinite Flight.

It’s important to note that the 737 was a one-time thing, with the only reason being it was allowed to land was because it was 3 inches under the restriction as it had no winglets. The wingspan restriction is still in place and the 737 we have in IF doesn’t comply.

"ASE currently has an FAA approved modification to standards for a separation
of 320 feet with an allowable wingspan limit for aircraft of 95 feet or less. "

While there have been larger planes at ASE I think the CRJ-900 restriction isn’t unfair considering that the only commercial planes that fly there are CRJ-700s. One of the main points for the limit on the size of aircraft into ASE is the noise restrictions. The runway 33 landing thing would be a good fix. In IF, ASE seems smashed against the hillside but IRL it is in the middle of the valley.

I do think that the Aspen Airport TFR needs to be updated. However, being a local of the roaring fork valley, I do not believe the TFR should be updated to include 737s. I have a couple reasons behind this. The 737 that has landed in Aspen (N737MT) is a 737-500 with a wingspan of 101 feet. It’s important to note that this aircraft has a smaller wingspan because it has no winglets. In real life, the airport has a size restriction of 95 feet. In infinite flight, the smallest 737, the -700, has a larger wingspan of 113 feet. Now of course, Infinite Flight does not have to be fully based on real life as we have Ethiad A321s flying into Hawaii, which is part of the freedom of such a simulator. But personally, I just think the airport would be flooded with random narrow body aircraft which might not be as fun for other users basing their flights off of realism. But I do appreciate you request and am all in favor of the allowance of arrivals on runway 33. It happens a lot especially when doing pattern work at the airport!

It would be nice to see weight restrictions noted in an updated TFR though.

I completely agree, I am a local of ASE and the topographical modeling of the airport is very poor. I think this is a very fun airport to fly in and out of, if it got a little bit of a re-work it could be one of IF’s best airports.