On Oct 11, 2016, a very close call happened in Shanghai Hongqiao International Airport, ZSSS. China Eastern A320 flight MU5643 was cleared to take off Rwy 36L. After confirming the runway was clear, the A320 started to roll. The captain spotted an A330 with the intention of crossing the runway when the A320 was rolling at 110 Knots. As he saw the A330 actually entered runway, he asked his FO to report to the tower. After a very fast decision, the captain of the A320 pushed to TOGA, and took off. The A320 flew over the A330 with a very close distance in between. After the take off, MU5643 continued to its destination.
After initial investigation, the A330 entered runway was a company flight, China Easter MU5106.
The cause of this event is to be determined.

This event reminds me what happened to PAN AM and KLM at Tenerife in 1977…R.I.P…
Great call by the A320 crew and… Yeah I’m just glad everyone is safe.

A great decision by the captain. It saved the lives of everyone.

I can only imagine the faces of the passengers in the A330. ;)

That could’ve been way worse, imagine if it would’ve been an A330 rolling down the runway, I don’t think they would have made it over.

[Update] After initial investigation, the tower controller is determined to have responsibility due to the mistake made of giving out both cross clearance and takeoff clearance. More information and decisions are to be made after further investigation

ThT sounds so terrifying. Imagine sitting in the aircraft and paging through a magazine or something. You decide to check out the window t over other aircraft taxiing or what the airport looks like. All of the sudden you see an A320 just barreling toward you at takeoff speed. If I saw that happening I would seriously consider the fact that I was about to die. What an amazing pilot and his FO that took off instead of trying to abort. That choice right there saved hundreds of people’s lives. New respect for them.
I hope the controller was firedd you need to know where every single aircraft is before you issue any command.

“An unnamed official at the Civil Aviation Administration of China’s East China branch told the news portal that it had launched an investigation into the incident.
The official said it remained unclear whether the aircraft or the control centre should be held responsible.
The two aircraft had not been close enough to each other so even if the A320 had not taken off and stayed on the runway, it was unlikely that the two aircraft would have collided on the ground, he said.” 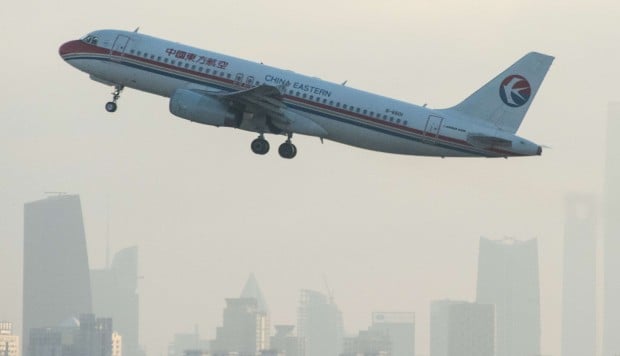 ‘Near collision’ at Shanghai airport: China Eastern plane takes off as another...

Air traffic controllers might be to blame for jets coming close to collision, preliminary investigation finds

It shouldn’t be all on the controller though, unless there was piss poor visibility, the pilot should of seen there was a plane on the runway.

Thanks for the addtional info :D
The most recent update on CAAC official website says after initial investigation, this event is a runway intrruption caused by wrong commands sent out by ATC. However, the investigation is still undergoing, so there is no conclusion on anything yet :3

Also, I did come across some sayings of it was unlikely the two aircrafts would have collided; it was just a near miss that would never come to a collision.

Only thing you can do in that situation. A huge applause for the flight team. Still, the aircraft entering the runway should have checked before entering. If he had he might have seen the other aircraft taking off.

The Chinese aviation authority is mistaken, again. The flight crew also has a responsibility to visually check if the runway is clear or not, there is no place for flight crews blindly following ATC instructions without critical thought.

yeah, lemme edit that, I just went back to the website. It just says after initial investigation, it’s tower’s fault, further investigation is needed to determine and conclude the exact cause and resiponsibility… I think I made that sounded wrong… I guess… My apologies if I misread the post made by CAAC

It’s not your mistake. The CAAC shouldn’t be jumping to conclusions that quickly.

Recently a more detailed report has been filed by CAAC after the initial investigation. This event is determined to be a Category A runway incursion, which is the most serious category below the actual occurance of the accident.
https://www.faa.gov/airports/runway_safety/news/runway_incursions/
The wingtips were only 13m (42ft) apart; and the closest vertical distance between the two aircrafts after the A320 took-off was only 19m (62ft). This incident is, at this moment, determined to be caused by the controller’s failure on remembering the positioning and movements of the aircrafts on the ground. At the same time, the A330 crew failed to follow SOP which also distributed into this event.
After initial investigation, the controller made a potentially fatal mistake due to not following the standard ATC pocedure, which holds the most resiponsibility.
The A330 crew did not question and stop after seeing the company A320 taking-off from the same runway and proceeded with the crossing directly caused this event. Also, the A330 crew did not follow the stardard operation procedure (SOP) turned off transponder and did not cross check when crossing are also causes of the event.

The A320 crew’s extraordinary performance is the key that stopped this protential disaster. The First officer initially applied break; however, the Captain took over the control from the FO and nailed a perfect take-off. During the take-off, A320’s angle of attack was initially changing at the rate of 7.03 degree/second.

Final resiponsibilities and penalties will be determined after the investigation is finished. At this point, China Eastern Airlines has not shown any intentions on suing Shanghai Hongqiao ATC, and has decided to reward the captain of the A320 for his stunning performance that saved hundreds of people.

This does look pretty scary!

[Final update - penalties] After the investigation done by CAAC, following decisions are made:
A total of 13 leaders, managers and adminstrative stuff members from East China Air Traffic Management Bureau, East China Air Traffic Management Bureau Control Center and East China Air Traffic Management Bureau Safety Board are given disciplinary warning, disciplinary serious warning, disciplinary demerit and removal from current position as penalties accordingly. The licenses of both the controller and monitering personnel who were responsible for both MU5643 and MU5106 are revoked. The controller can never return to a job that is aviation traffic controlling related.
To honor the extraordinary work done by Capt. He, the Captain of MU5643 - the A320, whom potentially saved hundreds of lives, he is awarded with first-class merit and other material reward.

Capt. He will also recieve rewards from China Eastern Airlines. According to previous rewardings occurred in China, it is like that Capt. He is likely to recieve a great amount of rewards in terms of materialistic values.

FYI:
On Jun 29, 2012, Tianjin Airlines GS7554 was hijacked by 6 people. After the cooperation of cabin crews, flight crews and passengers, the flight landed safely. Hainan Airlines, the parent company of Tianjin Airlines, rewarded

each of both safety directors on board and chief flight attendent 1 million CNY cash(around 150k USD), one real estate (approx. 3 million CNY, 44.3k USD) and one Audi auto vehicle.

each of other cabin crews and flight crews 500k CNY cash (around 74k USD), one real estate (approx. 2 million CNY, 30k USD) and one Audi vehicle.

every individual of entire Tianjin Airlines was also rewared.

a total of 22 passengers who helped during the event were rewarded with Hainan Airlines Honor Passenger title; they can have free flights on any Hainan Airlines flight at anytime for the rest of their lives.

The Provincial Government of Hainan rewared the chief flight attendent and one of the safety director 100k CNY each (15k USD) in addition; as well as 500k CNY (74k USD) among the entire flight crew and cabin crew.

Man the Chinese sure dredge up the cash for rewards in aviation.