It’s definitely not United’s week. A passenger travelling from Los Angeles to Melbourne got moved out of business class to economy class on this 16 hour flight. The passenger has severe arthritis and a degenerative bone condition in her neck. 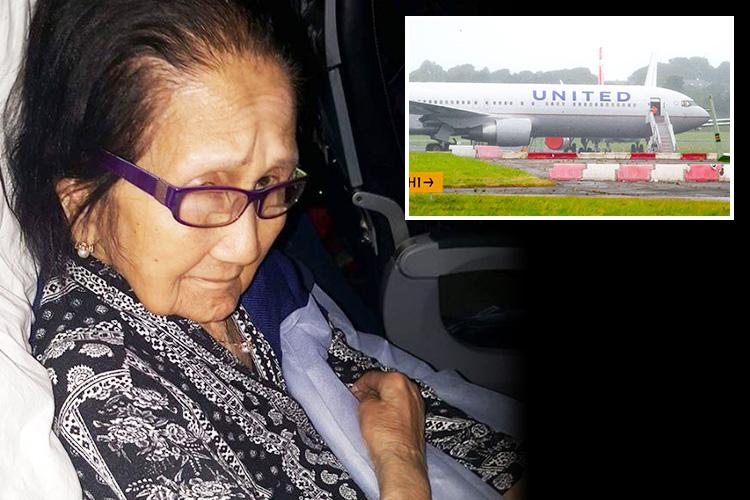 STRIFE-HIT United Airlines forced a disabled 94-year-old woman out of business class on a 16-hour flight because cabin crew refused to help her with her needs, her family claims. The family of Paz …

Another passenger kicked out from the Business section in a United flight. I’m glad she didnt get beaten by PD. I wonder Oscar Munoz’s explanation after this incident…

Everyone brace for memes xD

If im not mistaken, United have already had a billion dollars wiped of them after they dragged the man off

There was another incident where a couple had to be moved to allow the CEO and his wife to take their seats, in typical United fashion they were threatened with arrest if they didn’t move.

This is getting absolutely ridiculous, United should be fined thousands and thousands of dollars for what they have done. United now have a very bad reputation.

If they carry on like this, their reputation will drop and they will have less customers flying with them

The children of the grandma payed around 2800 pounds for the seat and United only offered 690 pounds of refund.

United only offered 690 pounds of refund

Here’s the list of “issues” that United faced in the last 1 month :

I wonder what’s next?
#######Flythefriendlyskies

what is going on with united?
I’m starting to transition to delta air lines :(

Wish United would stop flying altogether. What a shocking airline they are, seriously…

Umm… Over a thousand planes and 5000 Routes…

That wouldnt sit well with travel.

The title is a little misleading. Her daughter wanted to stay with her in business, but had an economy class seat. They responded by saying that the only way to sit by one another was in economy. She wasn’t “kicked out” of business, she left to sit by her daughter. And she was refunded the cost difference between the seats, as she still flew with them.

This is disgraceful! Come on United, you are better than this, although judging from their latest adventures maybe they aren’t…I’m shocked that they forced an ELDERLY WOMAN in her 90s out of a nice comfortable business class seat into a cramped “economy” seat. It’s time to boycott United at least for my family. They should at lease offer a larger refund.

If my friend Ben is correct than all of you are being misled. It sounds like the grandma was not kicked out of business but instead decided to leave business. Please read up mates. #GoodOnUnited
Also this is the Sun so let’s try and find some more quality news.
#Please Read Carefully!