Officially, the UVAL team is pleased to see this thread, @Z-Tube. Wow, first time I’ve used that word in a while. Don’t tell @Drxw I am saying this! I’ll be moved back to UVAL accounting department if he finds out! 😔 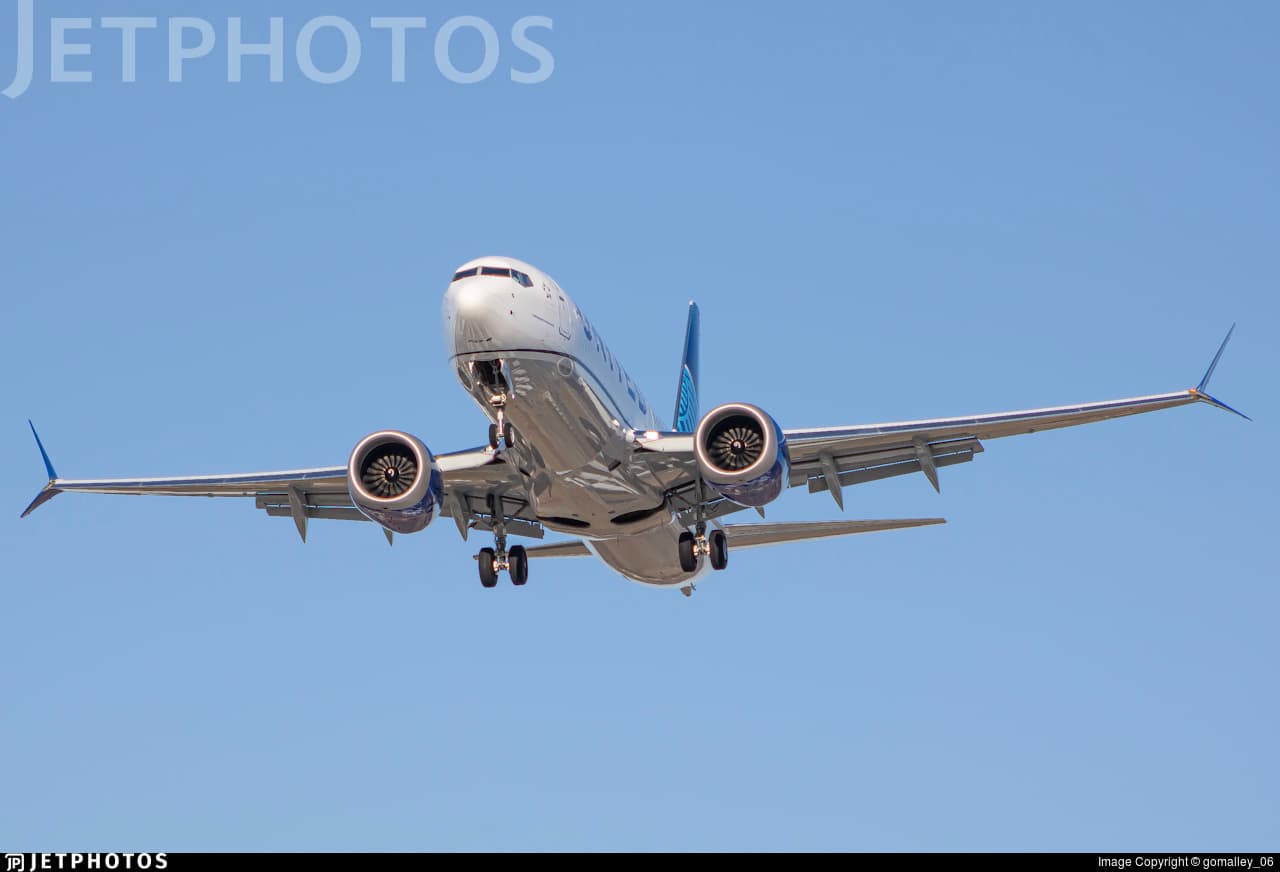 On December 14, 2022, after 15 days in AMA, International Aerospace Coatings completed N414UA’s transformation to Evo-Blue. She departed AMA bound for LCQ the same day to receive United’s updated A320 configuration (C12Y138 → C12Y114). She returned to IAH to resume commercial operations on December 21, 2022. 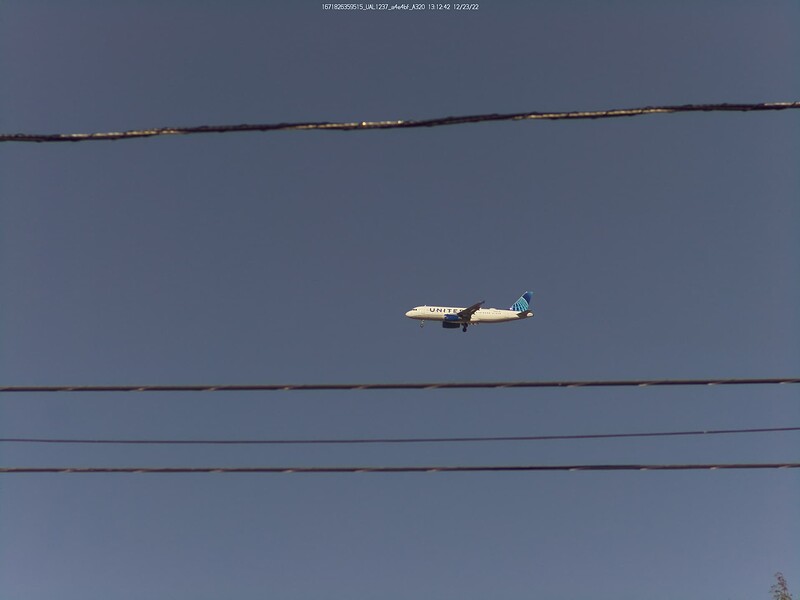 N414UA making her way to Phoenix on December 23, 2022. Photo courtesy of @ActualPlaneServ via Twitter.

On December 30, 2022, after 17 days in GUS, Dean Baldwin Painting LP completed N29717’s transformation to Evo-Blue. She departed GUS bound for ORD the same day, where she resumed commercial operations.

On January 14, 2023, after 17 days in GUS, Dean Baldwin Painting LP completed N775UA’s transformation to Evo-Blue. She departed GUS bound for ORD the same day, where she resumed commercial operations. 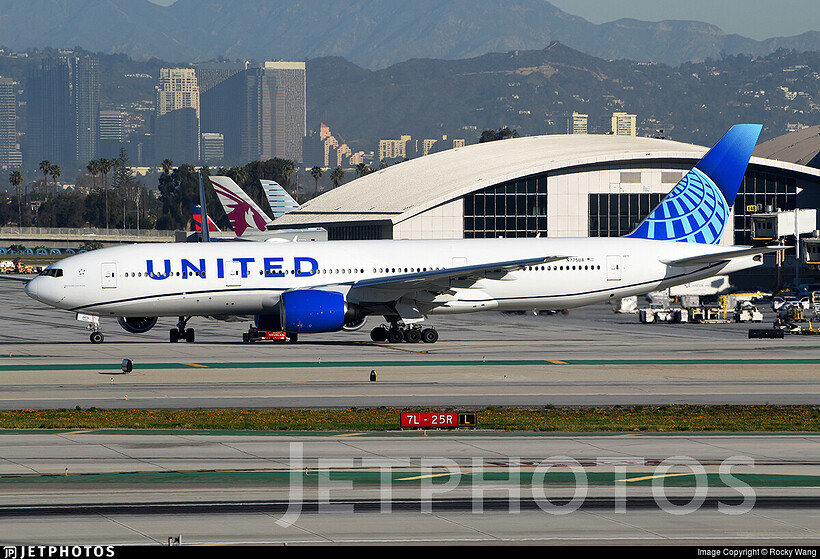 This is incredible. Thank you for the work and dedication!!

This is probably my favorite thread on here, at first the Evo-Blue was hard for me to like. I grew up seeing all the Continental tails at EWR shortly before the merger, but was happy to see they kept that classic Continental scheme with big bold UNITED on the side. I can now say the new livery is stunning, especially seeing it in real life! I flew on an Evo 767-300 (664UA) back in April and it was lovely. I’m curious as too when the 787-8’s will come out with the new paint, I know the -8 is kind of the oddball Dreamliner variant in the UA fleet but they will look nice in the new livery in my opinion. Keep up the great work!

N20904 and N26902 arrived in Victorville on Oct. 31, 2022, from IAD and ORD, respectively. At first, they were thought to be there to receive Evo, but that was not the case. Both were instead in for maintenance. 902 left on Dec. 6, but 904 remained in VCV until Jan. 5. Oddly, 902 is back in VCV; she flew in from IAD on Jan. 17. Unless there is a technical issue that requires service in VCV, which I find unlikely since IAD has maintenance personal capable of addressing nearly any issue on the 787-8, she is there for storage or paint. I would be shocked if they’re storing her, though; there is so much potential with the 788s.

N26909 was parked in Victorville until Nov. 16. I don’t remember exactly when she arrived there, but I imagine it was during the pandemic. I’m shocked she wasn’t painted during that time. She’s active now.

Anyway, there’s obviously a reason United isn’t painting these aircraft. None are leased, so we know they’re going nowhere soon. Their average age is 9.6 years, and most were touched up during the pandemic, so perhaps they don’t see the value in spending additional hundreds of thousands of dollars. The only issue with that argument is that UA painted plenty of aircraft that were repainted less than four years ago (at the time they received Evo)—the average time frame before repainting becomes necessary.

I’ll keep digging for answers, but until then, it’s a waiting game. 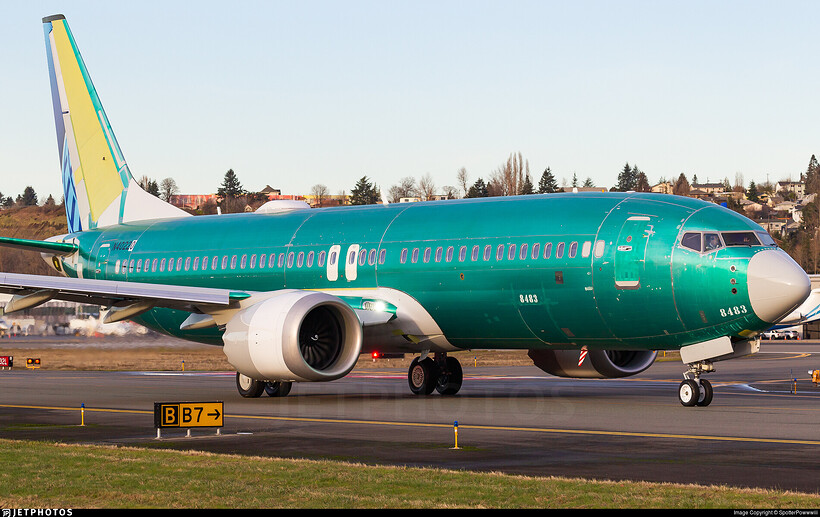 N37295 sporting the “fresh-out-of-the-factory” livery upon her Jan. 10 arrival at Boeing Field from Renton. Photo courtesy of SpotterPowwwiii via JetPhotos.

RE: @sfahyaviation- N20904 arrived in AMA last night. United uses Amarillo solely for paint, so we can expect her to be the first 787-8 with Evo.

On January 26, 2023, after 12 days in AMA, International Aerospace Coatings completed N850UA’s transformation to Evo-Blue. She departed AMA bound for TPA the same day, where she resumed commercial operations. 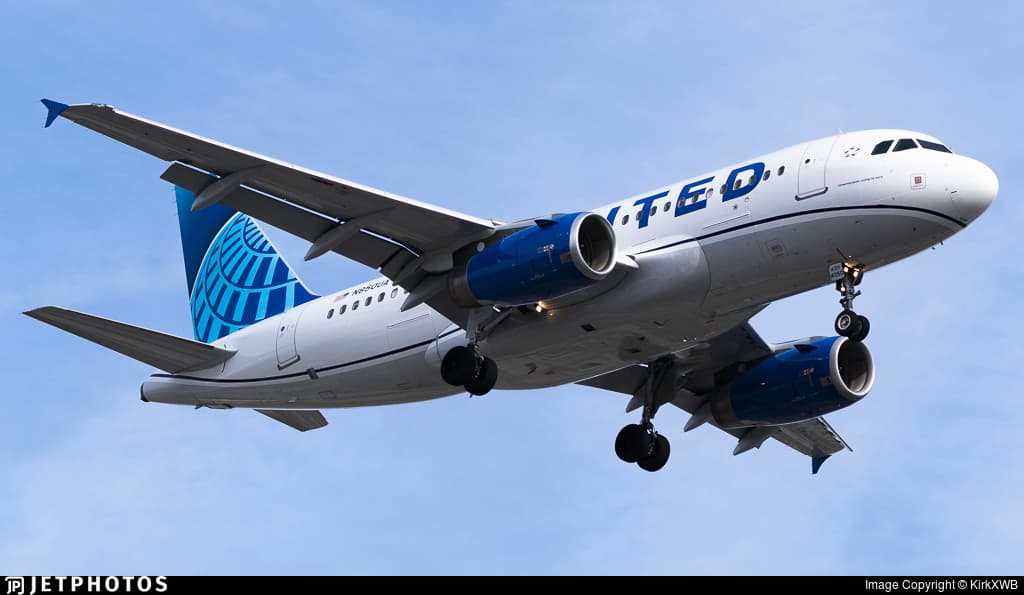 On January 18, 2023, after 12 days in AMA, International Aerospace Coatings completed N35407’s transformation to Evo-Blue. She departed AMA bound for IAH the same day, where she resumed commercial operations. 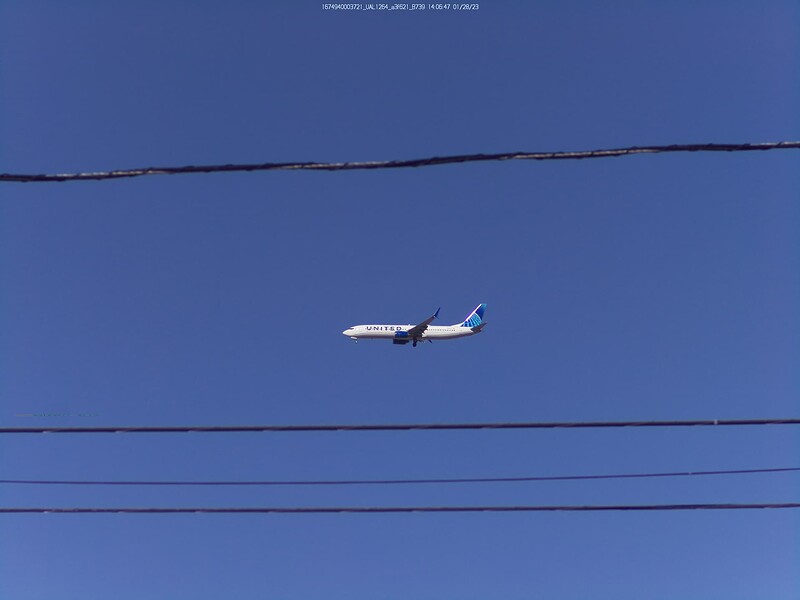 N35407 making her way to Phoenix on January 28, 2023. Photo courtesy of @ActualPlaneServ via Twitter.

On December 19, 2022, after 12 days in AMA, International Aerospace Coatings completed N411UA’s transformation to Evo-Blue. She departed AMA bound for DEN the same day, where she resumed commercial operations. 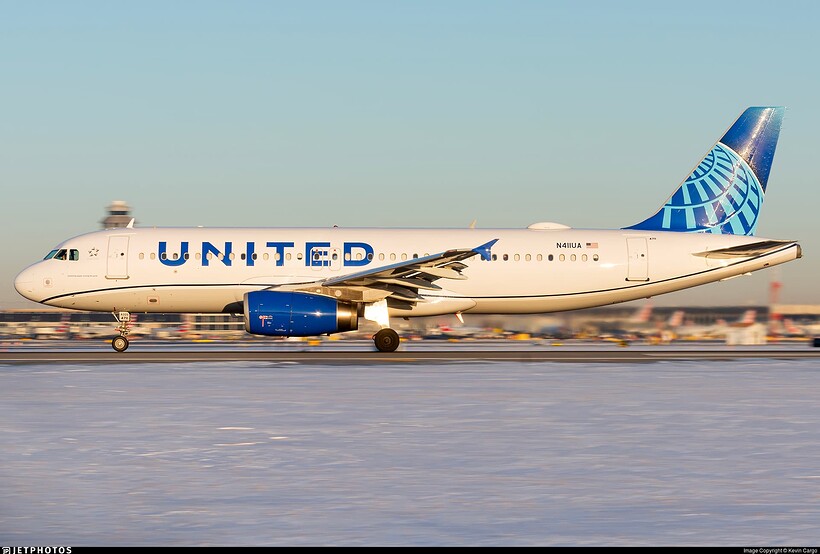 On January 28, 2023, after 10 days in AMA, International Aerospace Coatings completed N57439’s transformation to Evo-Blue. She departed AMA bound for IAH the same day, where she resumed commercial operations. 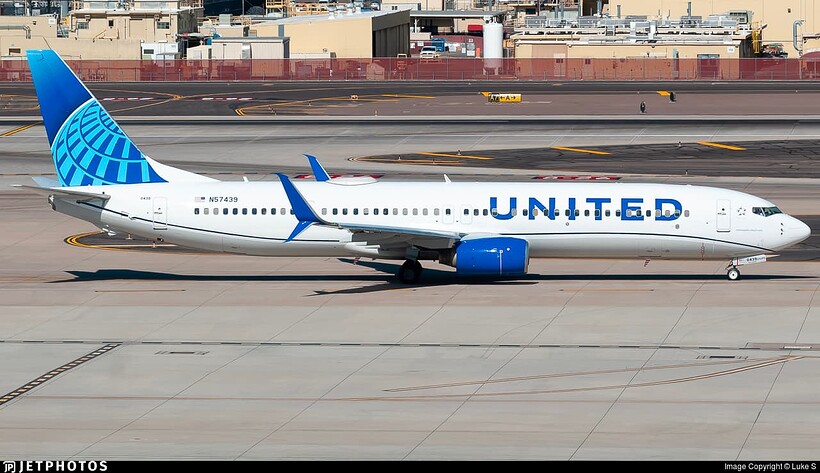 On January 22, 2023, after 16 days in ROW, Dean Baldwin Painting LP completed N668UA’s transformation to Evo-Blue. She departed ROW bound for ILN the same day before heading to IAH on January 23, where she resumed commercial operations. 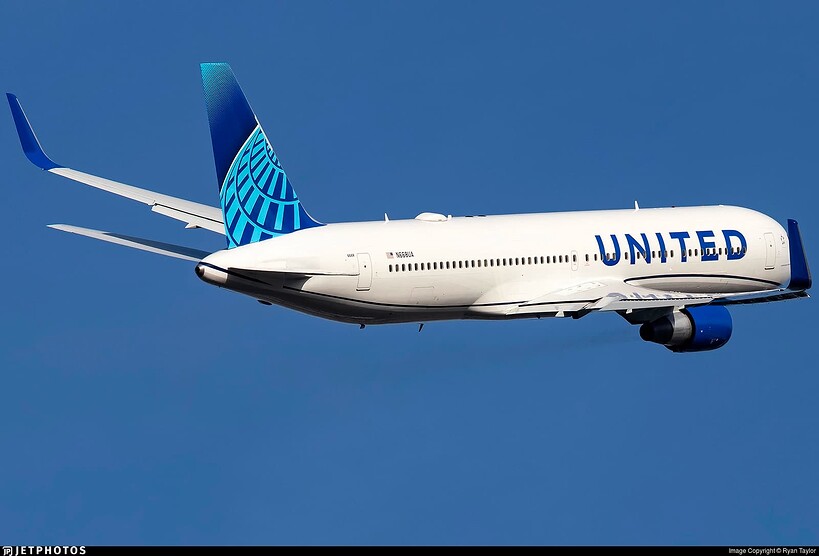 N668UA banking out of Runway 9R at London’s Heathrow Airport on February 5, 2023. Photo courtesy of Ryan Taylor via JetPhotos.