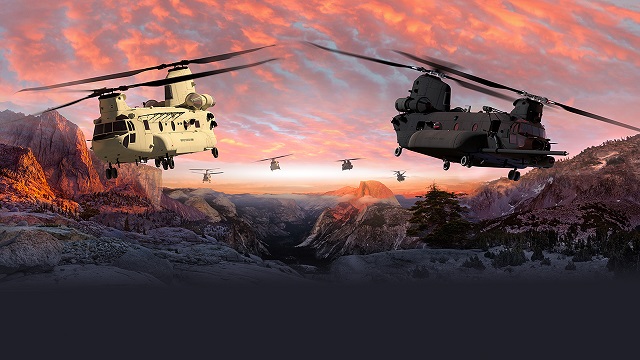 The U.S. State Department has cleared the United Arab Emirates to purchase 10 CH-47F Chinook cargo helicopters, with an estimated price tag of $830.3 million.

The US State Department announced it on the DSCA website. Though Such notifications are not guarantees of final sale, should the request be approved by Congress, quantities and dollar figures can change during negotiations.

This request represents the 10th Foreign Military Sales request from the UAE since the start of fiscal 2017, for a total approximate worth of $10.5 billion.

The UAE bought its first lot of CH-47Fs 16 aircraft for estimated total of $2 billion in 2009. Boeing said earlier this year that it was relying on foreign military sales, including “30 helicopters or less” to the UAE, to shore up a delta between the production of its Block I version of the F-model and its Block II version.

In addition to the helicopters themselves, the proposed package would include 26 T55-GA-714A engines; 24 embedded global positioning systems with inertial navigation system; 20 M134D-H mini-guns; and 20 M240H machine guns, as well as various transmitters and other equipment. Up to 10 U.S. government or contractor representatives will be needed in the UAE to help prepare the Chinooks for operations.