Two Qantas Flights Forced to Return to Sydney in one day QFA7, QFA63 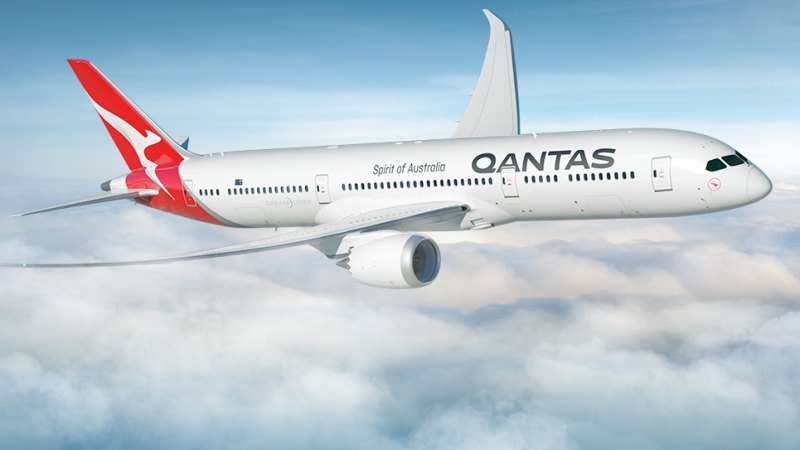 Two Qantas flights have returned to Sydney after they suffered separate issues on international routes.

“Two Qantas long-haul aircraft carrying hundreds of passengers have been forced to return to Sydney after one suffered wing flap problems and the other a crack to the outer pane of a cockpit windscreen just hours into their flights”.

“A Boeing 747-400 jumbo – Qantas Flight 63 – on its way to Johannesburg in South Africa, departed Sydney just before 11am on Friday before the captain decided while above Tasmania to turn back to Sydney”.

“An A380 – QF7 – flying to Dallas in the United States, departed at 1.40pm and turned around shortly afterwards, circling over the Tasman Sea east of Wollongong.”

The 747-400 has 3 layers of cockpit windows, only the outer pane cracked, the aircraft did not suffer any depressurisation.

This follows an incident earlier on Friday (last week) of two Qantas A330’s bound for Jakarta and Bangkok delayed from taking off due to the need for an engine replacement and repairs to stop a small fuel leak.

How do people feel about Qantas now after this? I know that I will always fly with them no matter what and that I hold a place for them in my heart. However it worries me a little bit about these maintenance issues! Looks to me that the airline will have to look over there Maintenance records and do some interviews perhaps!

Seriously if Qantas wants to keep it’s status of safest airline and top 10 best airline they probs needa get some better engineers and mechanics. We don’t want it turning into British Airways which crashed their planes every few years due to bad mechanics making the pilots look bad.

Never not gonna fly Qantas even after this, cause they still have he best pilots

Although this is a RWA article about flights returning, maybe next time it could go in the Flight Radar24 thread and be a bloody good entry to it at that. We as a community are trying to keep the RWA clean and tidy.

Here is the link:

This is just to talk about things you see on flight radar 24. I hope this isn’t like spam…

I would suggest in the future, taking your post over there, adding context to the FR24 screengrabs with the article, sit back and watch your hearts grow and grow!!

How do people feel about Qantas now after this?

I feel confident in QF. No one can reasonably expect an airline to be completely trouble-free with their aircraft. Airplanes are inherently fickle beasts and can go wrong at the slightest provocation. These returns back to base demonstrates the robust safety culture QF has by not pressing on when an issue arises. It is normal for aircraft to make a precautionary diversion or turn back due to a minor issue because that is usually the safest option.

I wouldn’t say Bye Bye Alan Joyce but yes if they want to keep at the top 10 some maintaince engineers issues have gotta be fixed, even though this isn’t extremely serious issue but is quite serious 🤣 If you know what I mean…

Totally agreed with you there 😀

This sort of stuff happens all the time. Like @Danman said, aircraft are “fickle” at the best of times - I’m sure the Qantas engineering team are just as competent as they were, there’s probably actually no need for “better” ones.

I think you’ll find that’s not an accurate statement.

Unfortunately, it was just bad luck that they had happened to have two aircraft have difficulties on the same day. Two small issues causing diversions shouldn’t put people off flying with Qantas.

As always, the Qantas crews made the right decisions on both flights.

Glad someone made a topic of this.

Weird as each flight was on the same day.

Yes the Qantas team handled it very well as always. 🙂

Hmmmm I wonder? It is very unusual I agree!

British Aiways maintenance is one of the best. While their product may suck and the airline in general in recent times, one thing that doesn’t is their pilots mechanics and cabin crew.

Did you read the AAIB report in to the BA762 LHR-OSL flight in 2013? I suggest you do before making such statements.

That’s not to say BA maintenance is bad, however I am not sure one could say it is one of the best.

When did that happen?

That incident was mainly due to a design flaw, while it’s the mechanics fault it still a common possibility for any airline with A320 aircraft.

Really? You must have read a different report to me then. Read the conclusions on page 104 onwards and causal and contributory factors. How anyone can read that report and come to the conclusion that BA maintenance is one of the best is beyond me.

Well I don’t have time to read it, is it due to the cowling not being latched? If so I’m pretty sure it’s such a common but deadly mistake that Airbus have made changes to the design or something. Let’s not take this further. PM me so we can talk more about it, if you like.

Indeed, says it all, can’t be bothered to read it and yet happy to argue.

I think that even though their incident record has gotten washed out recently because they have had a lot of issues like this. Their pilots are still well trained and are willing to cancel a flight for the safety of their passengers. They are still good at keeping these incidents from becoming accidents.