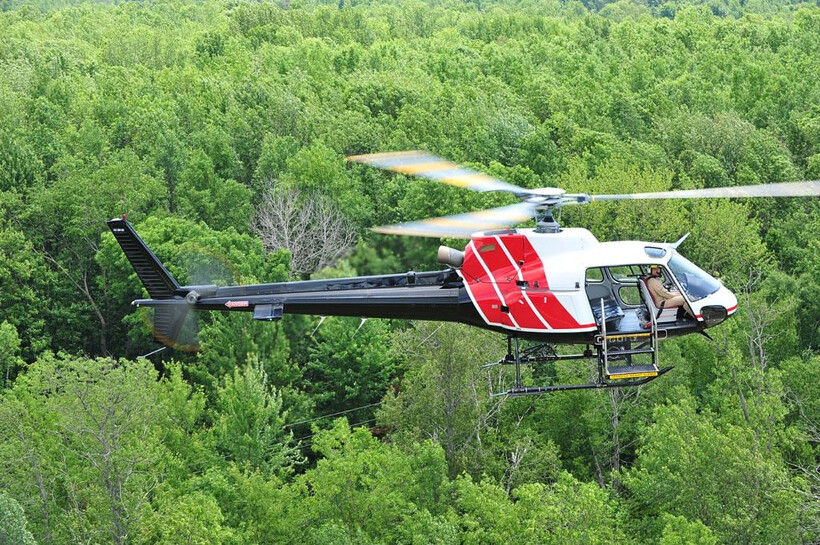 The Transportation Safety Board of Canada released its final report from a 2017 helicopter accident that killed two. The Hydro One AS350 B2 crashed near the eastern Ontario community of Tweed in December 2017. In its final report, TSB dded that there is also a dangerous regulatory “ambiguity” in the Canadian Aviation Regulations (CARs) concerning passengers’ safety belts.The main cause of the accident that killed the pilot and three powerline technicians had already been identified as a canvas supply bag which flew off the helicopter’s starboard external AirStair platform at an altitude of 230 feet, striking the tail rotor and resulting in a catastrophic loss of control as the helicopter came in for a landing.

While the pilot remained in the helicopter as it fell to the earth, three technicians flew out of the helicopter. Investigators found two of the three lap belts unfastened and all shoulder harnesses taped out of the way.

Ewan Tasker, the TSB’s manager of air investigations for the Ontario region, told reporters that in addition to the supply bag, the position of which was uncertain, a large pulley and two large tool bags had been attached to the AirStair.“Although we knew what happened early, finding out why it happened took much longer,” said Tasker. “Why wasn’t the bag secured to the AirStair and why were the passengers not wearing the safety belts?” Canada soon issued an Aviation Safety Advisory Letter with two messages: that external cargo had to be secured at all times and that if safety belts were not used properly, passengers risked serious injury or death in an otherwise survivable accident.

Transport Canada has 90 days to respond to the TSB findings; but in the meantime, Fox urged the industry “to be proactive: buckle up.”