So I was controlling at Hamad International (OTHH) and it started off as a normal session, busy traffic obviously but a few minutes in half of the aircrafts would disappear and then come back spawned where they previously were right where I approved another aircraft to pushback thinking that they just ended their flight. Another thing I saw was that there was an aircraft that lost connection but I could still somewhat contact him. Pilot was Ifly128 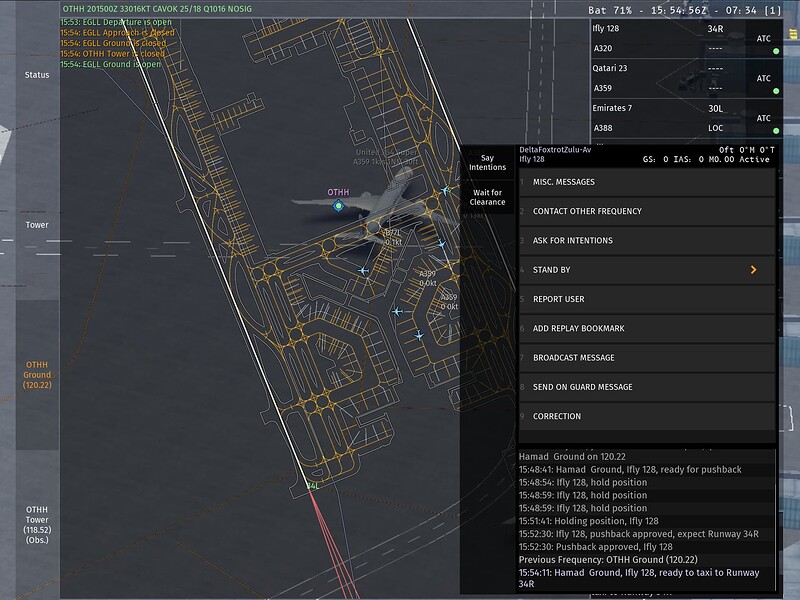 I checked my connection and it is good, I still think that server is still messed up even after the restart and everything yesterday.

Hiya
The training server sometimes needs a restart, as it is currently having some connection issues with InfiniteFlight’s servers. Hang on tight, I think a staff member should be here to restart soon!