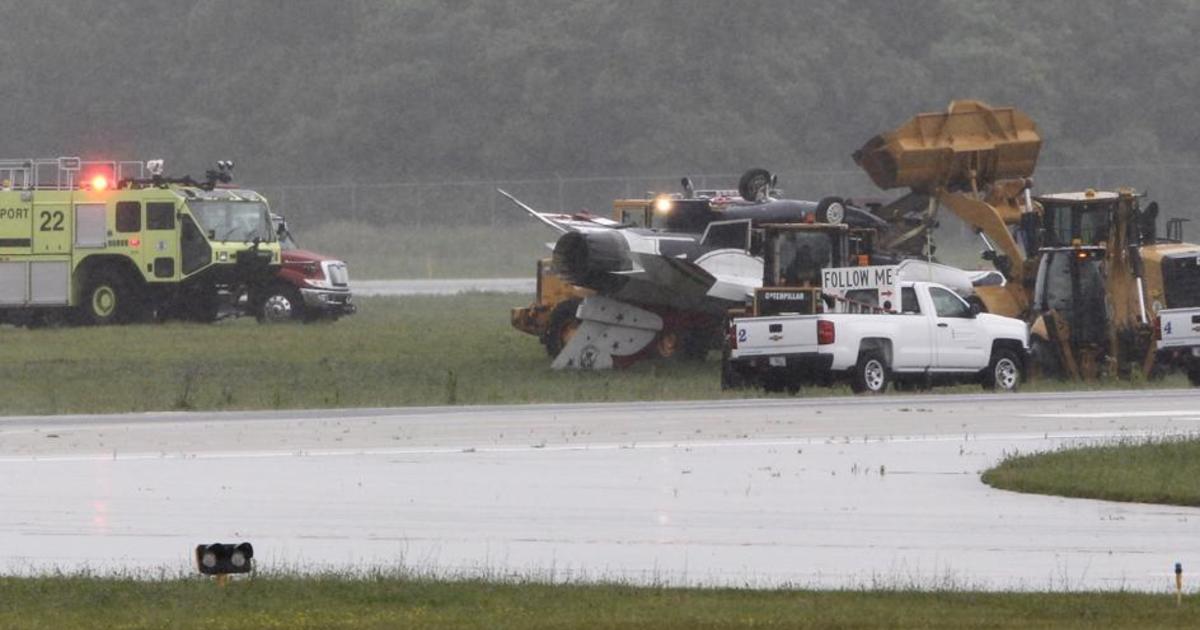 
Looks like they were at Dayton for the airshow that begins this weekend. Not much info is known other than two people were on board when the F-16 slipped and flipped over on landing. Post updates if you find them
Hope everyone will be ok/continue to be ok
9 Likes
Neeson52 June 24, 2017, 3:33am #2

Ummm, could you please give more substance to your post, because just putting “hope everyone is ok” is not productive. Maybe you could explain what was the situation, why ( if possible ),etc

I wish the second pilot is going to be okay…

Gosh, that’s bad, will they call off the event at the air Show?

From the picture looks like the runway was substantially wet. which would explain the slip. Now what comes next is determining if it was pilot error or a METAR/Weather update that was botched that resulted in a lack of knowledge on the pilot’s part of what the landing conditions were. Either way this incident will probably result i a removal of someone on the team or from ATC.

It was also in heavy fog. So wet and reduced visibility. And no it doesn’t look like the show is cancelled

Ooh, noo, I’d like to see full details and an animation later 😬😣

I heard about this. Pretty sad stuff. Glad no one was seriously injured.

Oh my😱. I hope nobody got hurt.