The untold story of QF72: What happens when 'psycho' automation leaves pilots powerless? 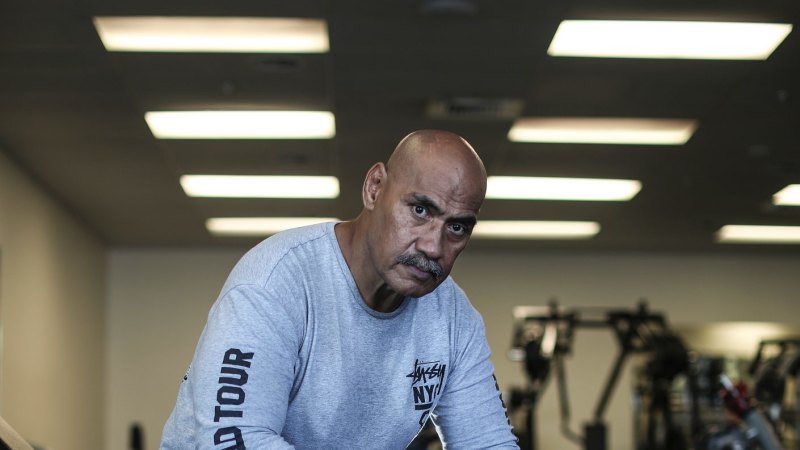 The untold story of QF72: What happens when 'psycho' automation leaves pilots...

The captain of the imperilled Qantas flight reveals his horrific experience of automation's dark side.

Maybe some of you still remember when a Qantas A330 involving VH-QPA (Around 5 Years Old at that time) that had an in-flight incident at mid air while serving QF72 from Singapore Changi Airport in Singapore, to Perth International Airport, Australia

For some of you who don’t know about QF72, You might want to refer to an article provided by Wikipedia below

#About Qantas Flight 72
Qantas Flight 72 (QF72) was a scheduled flight from Singapore Changi Airport to Perth Airport on 7 October 2008 that made an emergency landing at Learmonth airport near the town of Exmouth, Western Australia following an inflight accident featuring a pair of sudden uncommanded pitch-down manoeuvres that severely injured many of the passengers and crew. The injuries included fractures, lacerations and spinal injuries. At Learmonth, the plane was met by the Royal Flying Doctor Service and CareFlight, where 14 people were airlifted to Perth for hospitalisation, with 39 others also attending hospital. Two planes were sent by Qantas to Learmonth to collect the remaining passengers and crew. In all, 1 crew member and 11 passengers suffered serious injuries, while 8 crew and 99 passengers suffered minor injuries.

Here is a quick summary into the article

#"
More than 100 people were injured when the pilots of the flight, carrying 303 passengers and 12 crew members from Singapore to Perth, lost control of the aircraft on October 7, 2008. The Airbus A330 had been cruising at 37,000 feet when the autopilot disengaged automatically. It nosedived twice before pilot Kevin Sullivan declared a mayday and made an emergency landing at Learmonth Airport near Exmouth, Western Australia, around 50 minutes after the first descent. Now, eight years later, Mr Sullivan has broken his silence on the incident that changed his life and left him with post-traumatic stress disorder.

He was 53 when what he described as a ‘computer crash’ would change the way he viewed the job he loved. Mr Sullivan was forced to take manual control of the plane when he felt it plunge for the first time at 12.42pm WA time. It went 150 feet down in two seconds.

He remembers wondering if his life was going to end. Seconds later, he finally felt responses to his control-stick movements and he is able to bring the aeroplane back to 37,000 feet. But then, the plane dove again – 400 feet in just over 15 seconds. He and the pilots realise that one of the three flight control primary computers (PRIMs) is faulty. He was concerned about how he would safely manage an emergency landing, but knew that continuing on to Perth could be even more devastating for the injured. Mr Sullivan declares a mayday and puts ‘Learmonth Airport’ into the computer for navigation – which shows an error. At this point, he says he became enraged and started ‘cursing like a drunken sailor.’

He said he lowered the jet’s nose and powered to idle as he began the final approach without all the necessary instruments - but mercifully landed the plane without another nosedive. His passengers and crew, including 115 of whom had sustained non-fatal injuries, cheered and clapped when it touched down without further incident. At least 20 passengers and crew aboard the flight were seriously injured - some with spinal injuries and others with broken bones and lacerations. And when he was finally able to enter the cabin, Mr Sullivan described the scene as looking like ‘the Incredible Hulk had gone through there in a rage and ripped the place apart.’ Three years after the accident, the Australian Transport Safety Bureau found inaccurate data on measures, including airspeed and angle of attack, sent to the plane’s computers.

One of the PRIMs commanded the plane to dive, but investigators could not pinpoint exactly what prompted the incorrect data. For Mr Sullivan, the incident had life-changing consequences. He took eight months off, but when he returned to work, he was hyper-alert and worried about losing control. After three decades at Qantas, he decided to leave last year. But he still worries about the greater control computers have over flying. He said that pilots were never given any indication in training that a computer could ‘go completely haywire and try and kill you.’
#"

This is possibly one of the main differences between Airbus and Boeing- Boeing will tell you what is wrong but let the pilot fix it, Airbus will attempt to fix the issues themselves. Both have their implications.

Surely the pilot must have disabled the faulty computer and just went off the other 2 (that’s how it is designed, for redundancy). The fact that they still don’t know why it made errors is worrying.

TBH if the fly by wire system wasn’t there, more accidents occurs. It guards against pilot error preventing them from getting out of the flight envelope. But sadly these acedents will still happen because it is a man made thing and man made things are bound to malthfunction once in a while. Automation in cockpits are there to minimize accidents, not prevent them ;)

Interesting read indeed. This is one of the very rare examples in which computers have failed in planes.

Computecomputers on planes can fail sometimes. Most of the time, it doesn’t cause a major accident, but we see af447 for example, the pito tubes (measures airspeed or altitude I think) froze up which cause the autopilot to fail. Most of the time it isn’t a bid deal because the pilot only had to hold the the plane steady for 30sec. The pilots made a bad decision and killed everyone on board

This is a great read - interesting that arguably the most important machine on a plane can still go wrong, no matter how reliable.

It shows that computers are lethal without a human being nearby. Were it not for the pilots, that flight would have turned out far worse.

This is a great example of how automation can be a blessing and a curse. Thankfully most airlines put their pilots through frequent recurrent training to practice scenarios such as this so that they do not become complacent and over reliant on automation.

Having read the final BEA report, I can assure you that it wasn’t a simple “bad decision”. Considering how stressful the situation was, I honestly believe that we shouldn’t draw quick conclusions.

You weren’t in that cockpit. If you aren’t a pilot, you don’t know what it’s like to face a critical situation you don’t understand and for which you had never been prepared.

alright though that there were many factors leading up to that decision. Il agree with you on that

somthing with pilots with names starting with ‘Sull’

cause the autopilot to fail

It didn’t cause the autopilot to “fail”. It disengaged, which is what it is programmed to do in case of pitot tube freezing.

Thats what I meant lol.

Thank you for the read. This is very interesting 👍🏼. Well done dude!

Woa I didn’t know much about this one. That cabin looked hectic!

I watched this Air incident investigation video (different from Mayday and Air Crash Investigation) and it said it was pilot error 😂! It even aired on Tv a few times.

Gosh, when computers fail, the event can be catastrophic.

Damn you! I was going to do this topic :( lol

This is why I believe pilots will never truly be replaced by a computer. When a computer fails look who had to fly the plane. People who say computers are the next step in aviation, to that I say, not today. Loved the read, and thank you for sharing.

I hope not. Then my dream job will disappear 😧
And I hope the Airbus 2050 concept never becomes a thing (besides the see-through walls and energy efficiency).