YES! Every company has problems, but this one is huge. I am going to explain what is happening with the A320 NEO PW1000G very quickly and basically a summary, but if you would like to read the full thing, just scroll down.

The PW1000G is having problems with freezing in the air. Spirit Airlines pilots of the A320 NEO, are reporting Mid-flight shutdowns of the A320 NEO aircraft. The same problem is happening with other airlines who have the A320 NEO with PW1000G engines. Airlines are telling the pilots to stay below FL300… and I can confirm that with this screenshot: 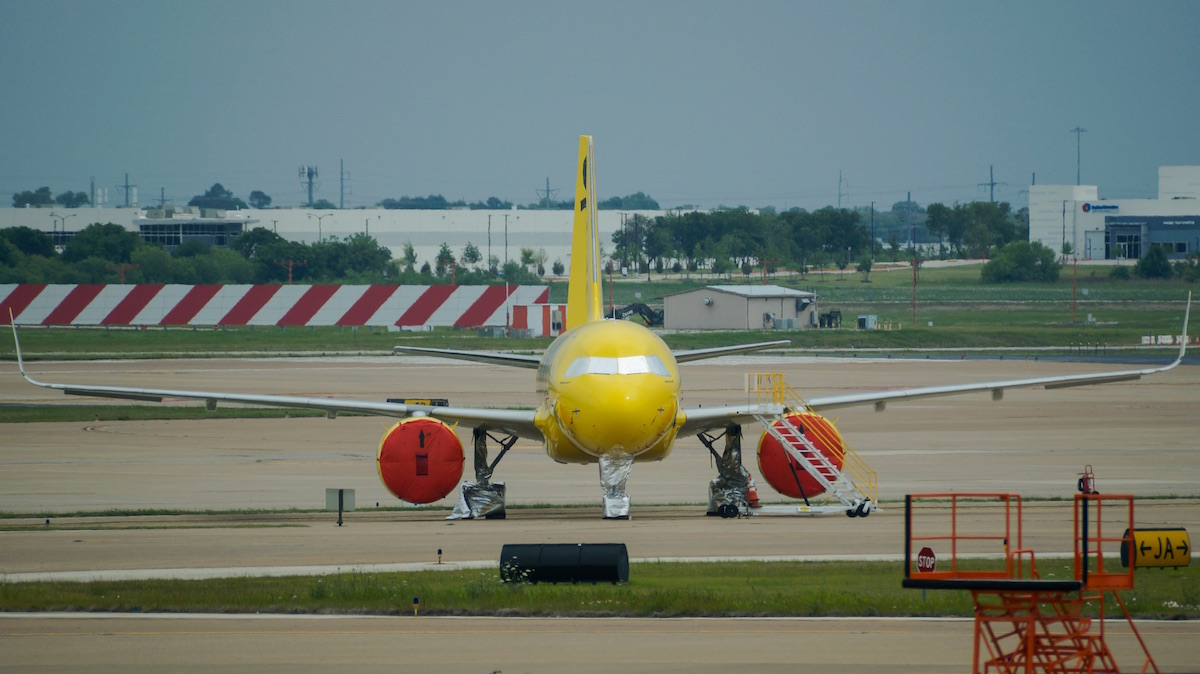 When it comes to introducing new aircraft, both Airbus and Boeing have experienced issues in the past. This time, Spirit Airlines is having some problems with their brand new Pratt & Whitney PW1000G engines on the airline's Airbus...

Spirit Airlines, the United States launch customer for the Airbus A320neo, continues to face challenges with the Pratt and Whitney engines.

Update: Did some research and the PW1000G is being used as options for the following aircraft:
Airbus A320neo family
Bombardier CSeries
Embraer E-Jets E2
Irkut MC-21
Mitsubishi Regional Jet

Crazy that this wasn’t caught in flight testing at airbus.

Yelp, PW is responsible for this failure. Hopefully this doesn’t happen with the 737 MAX :)

Eek. This must be a head-scratcher for Airbus and Pratt & Whitney. Lufthansa had issues with their NEOs and the 1000G awhile back as well.

Yes but Airbus also does cold weather testing so if PW didn’t find it Airbus should have. I don’t think this will happen with the 737 Boeing is pretty on top of things.

Yep…I think Boeing clearly wants us to know that they test better than Airbus:

Haha, well when it comes to quality made airplanes Boeing takes the prize, a lot people like Airbus just because they make bigger planes.

Worth noting that the 737 Max will be using only Leap-1B engines on all currently planned models and will not be facing this problem. It is worth noting that all newer generation aircraft outside of the 737 Max are qualified to use the PW1100G on their models. This includes the C Series, A320Neo family, the Mitsubishi Regional Jet, the Irkut MC-21, and the Embraer E2 jet family.

Yep, just updated it. The CSeries is being very slow because of this problem.

Can the title be shortened? It’s way too long. No need to name every aircraft it’s used on, best to do that in the original thread. :)

Well, just I expect that Pratt & Whitney will come up with a solution, I don’t think it’s just Airbus’ fault.

I don’t think so either. Shame on PW

Still shame on Airbus for making this an engine option

Shame on Airbus? Airbus relies on engine manufacturers to do these kinds of tests - nothing Airbus can do except do tests of their own… But if the history of the engine manufacturer is reliable - why waste time on doing tests that have already been completed?

Except Airbus has been the most defensive of BOEING when Boeing limited their 737 Maxes and 777Xs to a single engine option. Saying that the industry has changed and Manufacturers can accommodate multiple engines in an aircraft’s design due to high cost, development delays, and the need to optimize that aircraft to a single engine to provide the most fuel efficiency.

I think having more than one engine option is good. If there is a diversity, in the case that one type of an engine has a fault, not all the fleet has to get grounded. Knowing the 787s, the 777X may have issues regarding the engine, which will cause the whole fleet to be grounded.

Yes when the 77W the one with only one engine option didnt have engine problems but the 772(ER) did because of multiple engines, as well as the 787 having problems with oneof its engines. MOre often than not multiple engine option aircraft have far more problems with engines because the systems are not optimized for one perfectly but sacrifices perfect optimization for one for fair optimization with both.

I don’t think we can make such an assumption - the engine manufacturers that are at fault are different… I don’t think an aircraft is designed for one engine option and then changed to accompany another - I think they’re designed with 2 engine types in mind but some of the engines have faults - which again isn’t the aircraft manufacturer’s problem. They do have to deal with the problem with customers though.

a lot people like Airbus just because they make bigger planes.

No they don’t.
Btw I’m more of a Boeing guy.

This is spirits 1 of 2 remaining NEOS in service today

What you mean “remaining”?