Hey everyone! Today I got to fly from Houston, TX to Knoxville, TN, and I’d like to share my experience with you guys (you’re welcome ;). The flight was operated by Republic Airlines dba United Express.

Waiting At The Gate, Terminal Pictures

While on the sky tram to Terminal A, I was able to snap a picture of my aircraft parked at the gate, which arrived from KABQ last night. 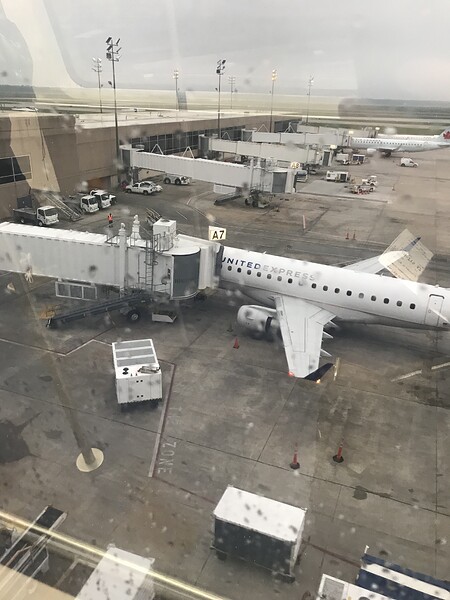 Since my bag was too big, I was going to have to check it, so I got to board early (pro tip)! Unfortunately, I didn’t get to snap any pictures at the terminal except for this Air France 777 taxiing to the runway: 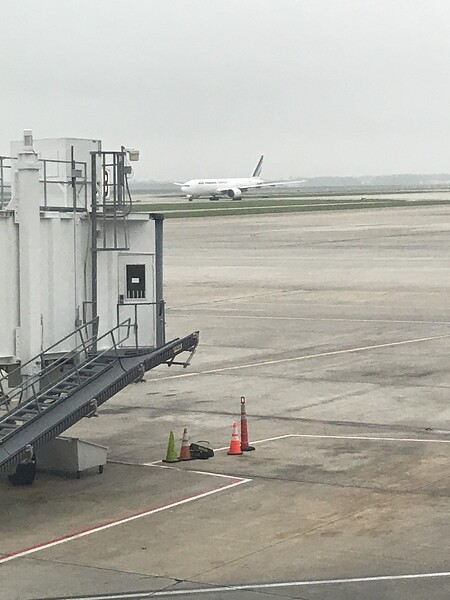 We were part of the early morning rush, so we held short of the runway for a few minutes. But I did get to see this: 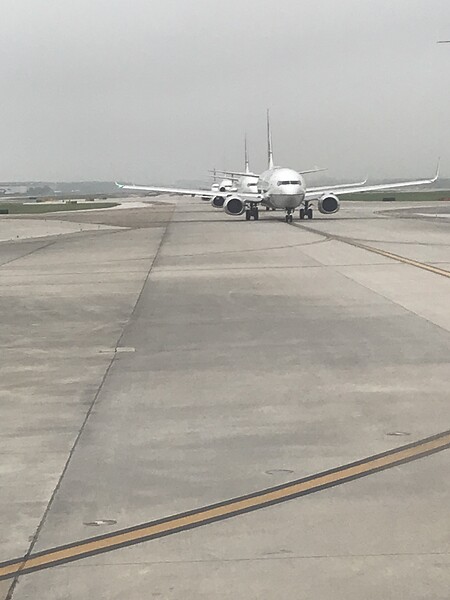 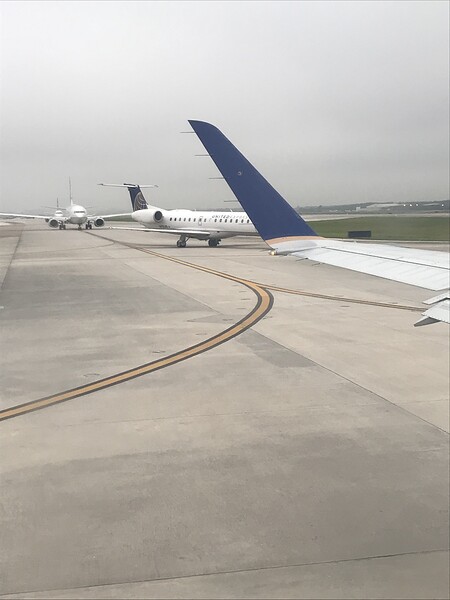 Incase you couldn’t tell, the clouds were low, so right after departure, we were in the clouds. After passing 600ft, we turned left and made a quick climb above the initial cloud layer: 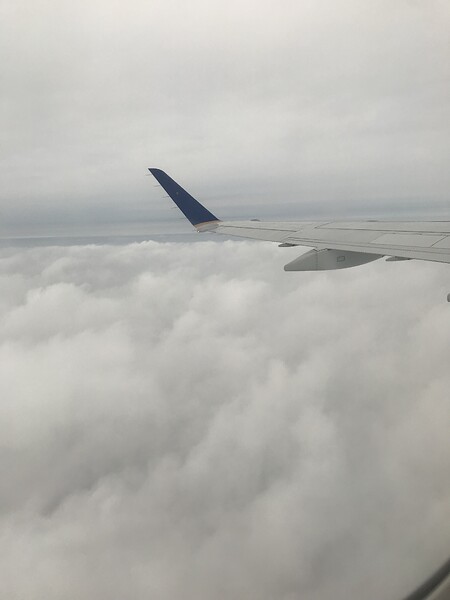 Then we climbed above the overcast clouds (roughly 13000ft): 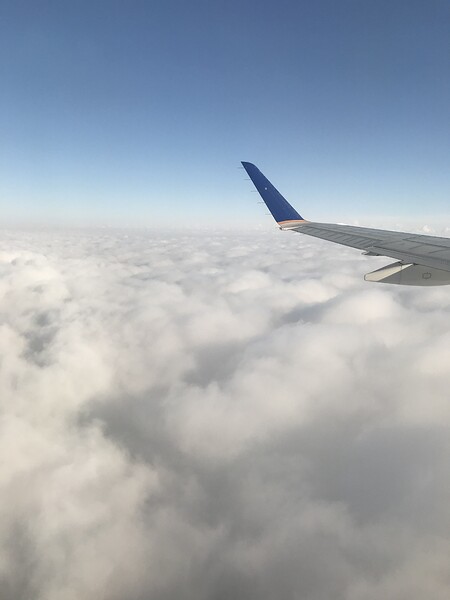 The in flight meal was the best one I’ve had. Ever. I got a complimentary United Snack Box and a drink. No one was sitting next to me, so I was able to use the other tray table as well. For a normal economy ticket, I felt like a king. 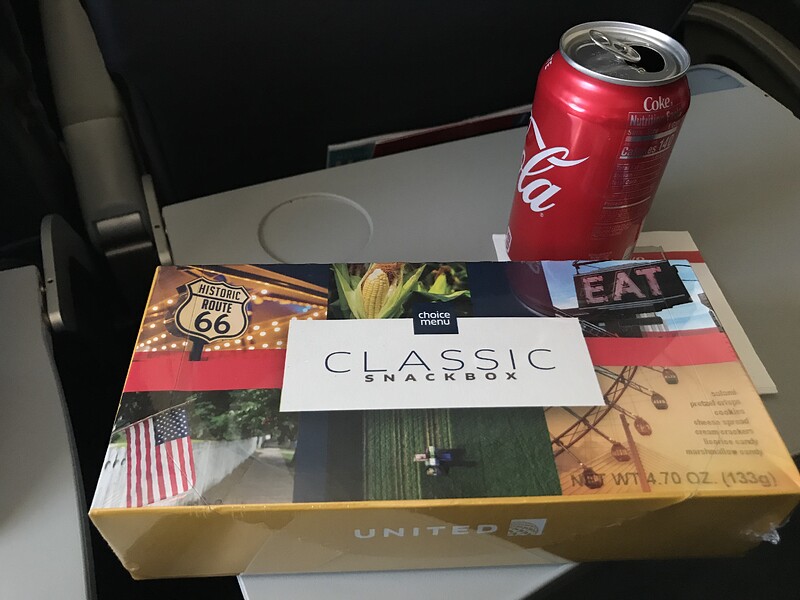 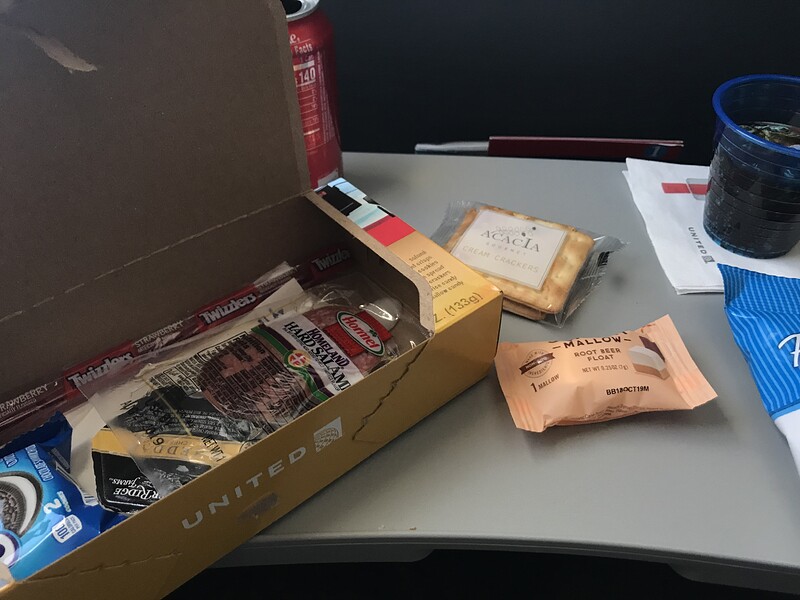 To repeat, this was all from a normal economy ticket ;)

As we descended into Knoxville, clouds were dark since rain was in the area. I enjoyed watching the pilots navigate skillfully through the clouds. We were on short final when we broke through the cloud layer. 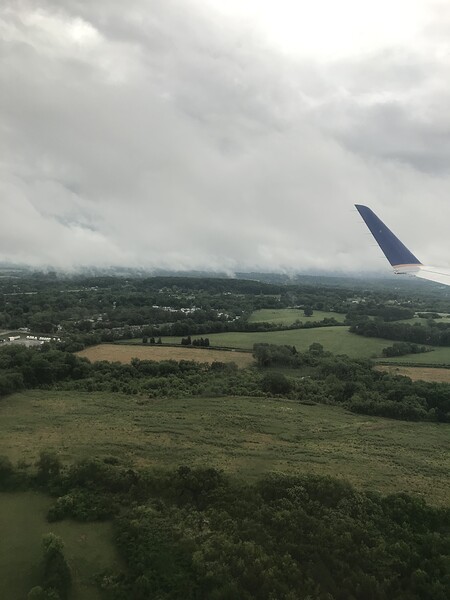 We taxied to the gate and arrrived 7 minutes early.

By no means do I travel a lot, but this was perhaps the best flight I’ve ever been on. The snack box was a very pleasant surprise, and since the flight wasn’t fully booked, the flight attendants let me sit at a window seat even though I wasn’t assigned to one. The staff was very friendly, the scenery was beautiful, and the experience was unforgettable. I’m going to give this flight an A rating.

Thanks for reading everyone!

That sounded great! Do ou think that UAL is good? Everyone else doesn’t.

Since my bad was too big, I was going to have to check it, so I got to board early (pro tip)!

My bad (I know that you meant “my bag”). Seriously though, nice post! There sure are a lot of people who are interested in aviation here!

Yes I do, never had a bad experience with them ever :)

Great trip report! As I never travelled with United and As Im not from the US, would you mind telling me what the snack box consisted of? Can’t see all the content in the picture!

I love United as well (my dad is Star Alliance Gold, and they have a hub at San Francisco so we fly them very often!)

Yeah, like I said it was really cloudy. I did fly out of there on Christmas and got a nice view of the smokies: 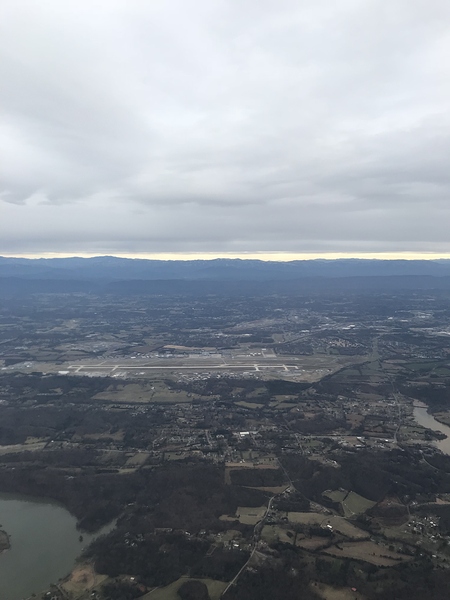 Damn! I’d love to get that box on a flight! Seems a bit unhealthy,Though!

Haha yeah, I’ve never had an airline meal before so it was a new experience for me 🤷🏼‍♂️

Wondering how a regional flight can be so good

Yeah, I know. I was trying to find a solution to my math homework and got yelled at for it being “off-topic”. But seriously @DiamondGaming4, good post

and since the flight wasn’t fully booked, the flight attendants let me sit at a window seat even though I wasn’t assigned to one.

When I fly (only flown 3 times and all swa) we get a ticket and sit wherever we can.

It varies by airline, but yes southwest doesn’t do officially booked seats. I think (correct me if I’m wrong) it’s because every Southwest seat is the same, whereas with United, some of them are first class, others are economy plus, etc.

Take it from someone who flies United extremely often as well as other airlines like Icelandair, Lufthansa, Emirates, Air India, etc., most airlines have at least a 2-class configuration and require you to sit in the seat assigned to you

I love the clouds I love flying during the rain or snow and when there are dark clouds out hope the landing was smooth:)