The Most Epic Landing

What’s up forum members!
IFPM bringing you back to the “The Most…” Series. Today’s topic will be:
The Most Epic Landing in IF you have managed
Go ahead and post pictures and stories below. I never managed to get a picture of it, but I was hit once with a 30knot crosswind when the weather updated. Somehow (flying at 160 knots) I managed to manually fly my aircraft in. I ended up having to increase speed to a speed normally unheard of in landings. I just remember just leaning back and sighing in relief (clapping of the passengers loud in my mind)

What are you waiting for? What’s your most Epic Landing?

(Credits to the owners)

No clue how I did it. This is one of my earliest screenshots on my current phone.

Yeah, how did you?

And what’s with the stupid quality of the image

That was long ago, it was when I first had Infinite Flight. It had missions as well (smooth landings etc.)

It was extremely hard to land.

It looks like the nose gear disappeared when the nose fell. Why doesn’t that happen anymore?

Try to land with crosswind 20kn and extreme turbelence. It is very hard 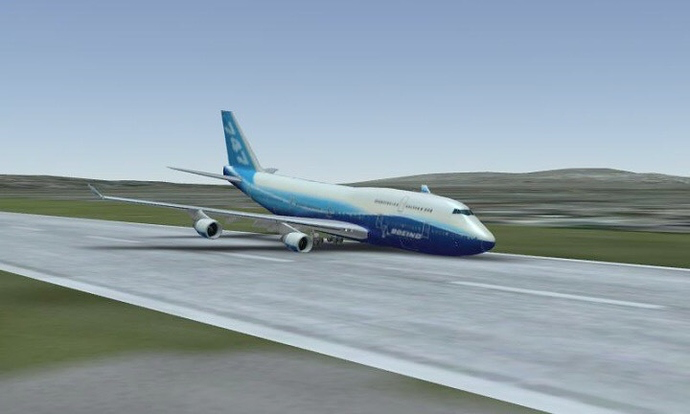 The Most Epic Landing Competition

IFPM bringing you back to the "The Most..." Series. Today's topic will be: The Most Epic Landing in IF you have managed Go ahead and post pictures and stories below. I never managed to get a picture...

@Pradyut_Mandal That screenshot was taken a very long time ago. That was during the early days of IF.

lol I’ve done that ;) and I found out the hard way it’s not the easiest thing

That is correct it was taken a long time back and not by me.

The picture of the 747 face planting just made me laugh

Solo Flight: Australia: YSSY: RWY34R: Winds112°/35knots: Gusts 45 knots: Visibility 0.66km: Moderate Turbulence
(All the vitals are in the status bar at the bottom of the pics)

I know the runway is supposed to be there on that gassed area, so I try and head in that general direction. Even with Autopilot off, my speed was bouncing between 130-180 knots. It was hard enough to fly let alone keep straight and level.

With the shifts in air speed being so great, my misjudgment on thrust almost stalled the aircraft, so I had to add more thrust. In addition a gust of wind catches me from the south west resulting in a climb much too high…and I still wasn’t straight.

Over corrected, but still…I’m now at a better altitude. Even though everything else is wrong. But if I can just manage to keep off the side of the runway…don’t want to hit a taxiway at 120kts…

Looks like I’ll make it by a hairs width…but I’m too low to level out completely. This might get ugly.

Left rears touchdown first as I once again manage to be blown sideways in the 3 feet between me and then runway. But something isn’t right…I can’t drop the other tyres. Answer;

But finally, I slow down enough for the plane to just drop on its other wheels…but the nose wheels aren’t on the ground yet…

Finally at a standstill in the middle of the runway, emergency evacuation begins on Jet Airways Flight 1102 😂

Hope you liked my comic strip 😝

That was a much needed laugh for me tonight!! Have a blessed night 😂