The Final Qantas B747 Flight?

Qantas Last B747 (438(ER)) is currently at the time off writing this on route to Sydney from Santiago, Chile.

Qantas will be retiring all their B747s from this weekend because of the current Coronavirus issue that has put the aviation world in lockdown.

The Queen Of The Skies was supposed to enjoy an eighteen month victory lap on the Johannesburg, Tokyo and Santiago runs; followed by the biggest farewell party the aviation world has ever seen. (From Sam Chui)

Qantas has been an operator of the Boeing 747 since 1971 when it received the 747-200, and has operated every version of the aircraft except for the 747-8. The airline is also the sole customer of the (passenger) extended range variant 747-400ER, of which it operated six aircraft until its retirement now.

The 747 has no direct replacement in its fleet in terms of capacity, but that may change with Project Sunrise, when the airline wants to introduce Airbus A350-1000 into its fleet. (From IFN.News)

The fleet was sold to an unknown buyer in the early hours of Friday morning, they will be ferried to Mojave in California in the upcoming weeks. When she lands at around 5.45pm local time on Sunday March 29th 2020, Australia’s romance with Boeing’s greatest jet will have come to an end. (Sam Chui)

It is estimated to land at 5.45pm Local Time. I be there taking photos and experiencing the last Qantas B747.

This photo I captured was the first B747 to retire. It was her 4th final flight when i captured the Queen.

Its gonna be a emotional time!

I know this phrase has been used too much but it’s sad to see the queen being retired left and right across the airline industry and around the world. I hope I get the chance to fly on one before it’s retirement.

Could be Avatar Airlines, you never know 🤷‍♂️

I flew on a B747 with Thai Airways from Sydney - Bangkok (and reverse). It wasnt a good experience as it was very loud, vibration on takeoff like its gonna split apart.

When I flew the 747 from Denver to Frankfurt with Lufthansa the plane was amazing clean and I got a whole row but the engines were fine. The flaps tho were scary

I’ve only flown on a 747 twice. Once from SFO to Heathrow in the VERY last row in the back for BA, and my last time in First Class for BA. I’m glad that I got to fly on the Queen before they are are all going to be retired from passenger service. It truly is a shame that we now see these aircraft as nothing more than garbage to be disposed of in favor of aircraft that are some of the most uncomfortable things one can ever fly in. I’m going to miss the Queen of the Skies.

Flaps with the Thai B747 was very worn, to be fair, it was a 20 year old plane. Pretty sure it still flys down here aswell.

Apparently they are NOT retiring yet. They are just parking them

Qantas To Park– Not Retire– The Boeing 747 - Simple Flying

Rumors and speculation swirled over the weekend that Qantas was operating its last ever 747-400 flight. The speculation…

I knew something was up since planespotters.net still lists five 747’s in service. Another saving grace to extend the life of these beauties, it’s still sad to see KL have to let go of their 747’s early, but at least QF plans to keep them.

Except Planespotters is showing KLM’s 747s as “Parked”.

I’m assuming they’ll update it soon to show Qantas’ 747 as parked or something.

But it has been confirmed that KL’s indeed retiring their 747’s early? I stand corrected.

I have seen local news, multiple websites, many instagrams, Sam Chui (think can be a reliable source), beach spotting place packed with plane spotters (heard people also stating last flight for B747 to local non-aviation people) and Sydney Airport had their photographers in place.

I wouldn’t rise hopes just yet to break possible hopes because yesterday seemed pretty certain. I would love them to be back flying don’t get me wrong. @TOGA @Ishrion

Just checked Qantas flights and their scheduled finish date for the B747 route to Santiago and it is stating there are no more B747 scheduled.

Possible routes are to Melbourne (then on Latam) and Los Angles (B787).

Understandable, but did websites like samchui.com ever get validation from Qantas?

I’m 99% sure the reports of Qantas retiring the 747 all started here:

The Coronavirus has unfortunately brought forward the retirement of the five remaining Qantas B747-400ERs, with four of the five now back in Sydney. VH-OEE is currently operating the QF27 service to Santiago, returning as QF28 & arriving at 1750L this Sunday - Long Live The Queen https://t.co/VWfMEUBQcI

I began tracking these reports (I had a topic on IFC 2 days ago but it got locked because of invalid sources) and Airline Geeks was the first “blogging” website to write about it. This was followed by International Flight Network and Sam Chui. However, these websites never actually received an actual statement from Qantas. They seemed to be going off of that Twitter post above and using information from each other.

Once Sam Chui posted it, it practically blew up on Twitter and other platforms.

However, you can’t deny that the flyover of Sydney Harbour is signifying something, whether it’s a retirement for VH-OEE or the entire fleet, or simply the final flight temporarily.

Sydney to Santiago switches to the 789 beginning in June, if Qantas is still operating flights until then. Other than that, I Santiago’s suspended until late-May.

Yea flying over the Harbour had the Local news chopper following it.

Here is some snapshots of its route before June/July:

Other than this, its just delta and united.

There are issues with this aswell regarding a booking website.

KLM🇳🇱 and Qantas🇦🇺 have each operated the Boeing 747 for nearly 50 years and now both airlines are operating what are likely their final passenger flights with the aircraft. #QF28: flightradar24.com/QFA28/2449cf89 #KL686: flightradar24.com/KLM72Y/244a4b3c https://t.co/ARIMP4Bb4B 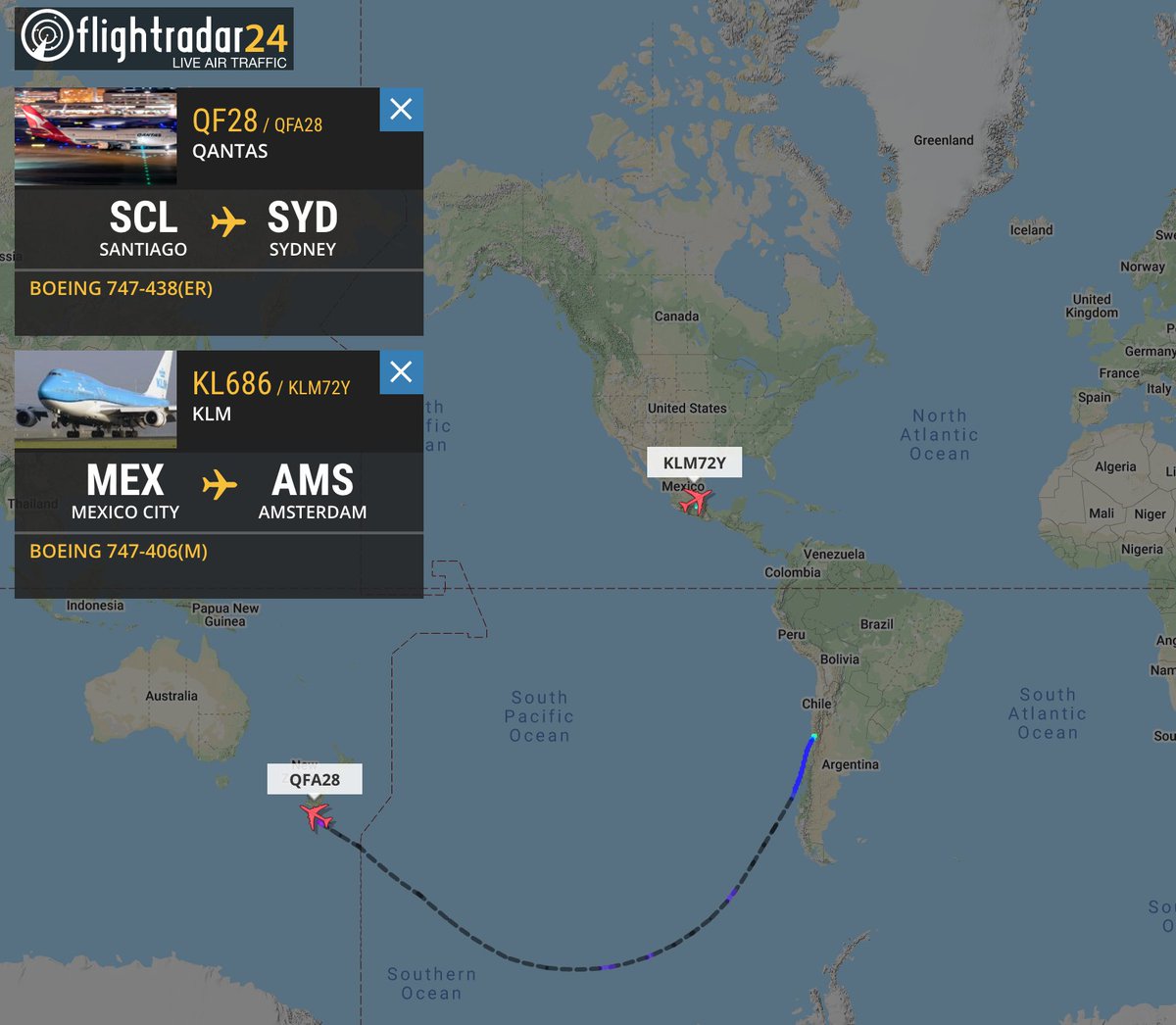 Apparently they are NOT retiring yet. They are just parking them

Qantas To Park– Not Retire– The Boeing 747 - Simple Flying

Rumors and speculation swirled over the weekend that Qantas was operating its last ever 747-400 flight. The speculation…

Will Qantas’ 747s return to service once they’re no longer grounded?