The F35 lands at the White House

Whenever an aircraft, besides Marine One, Arrives to the White House, something always seems to happen. In 1974 a US Army Soldier, Robert K. Preston, Stole a UH1 Huey helicopter and landed it on. Earlier that year a man attempted to crash an airplane into the White House.

This time this was an authorized landing, the US Air Force landed an F-35 “Lightening II” on the lawns of the White House. The F-35 is there for President Trump’s “Made in America” products.

image.jpg1200×636 194 KB
(President Donald Trump talks with Lockheed Martin President and CEO Marilyn Hewson, right, and director and chief test pilot Alan Norman in front of a F-35 as he participates in a “Made in America Product Showcase” at the White House Monday in Washington. (Evan Vucci/AP) 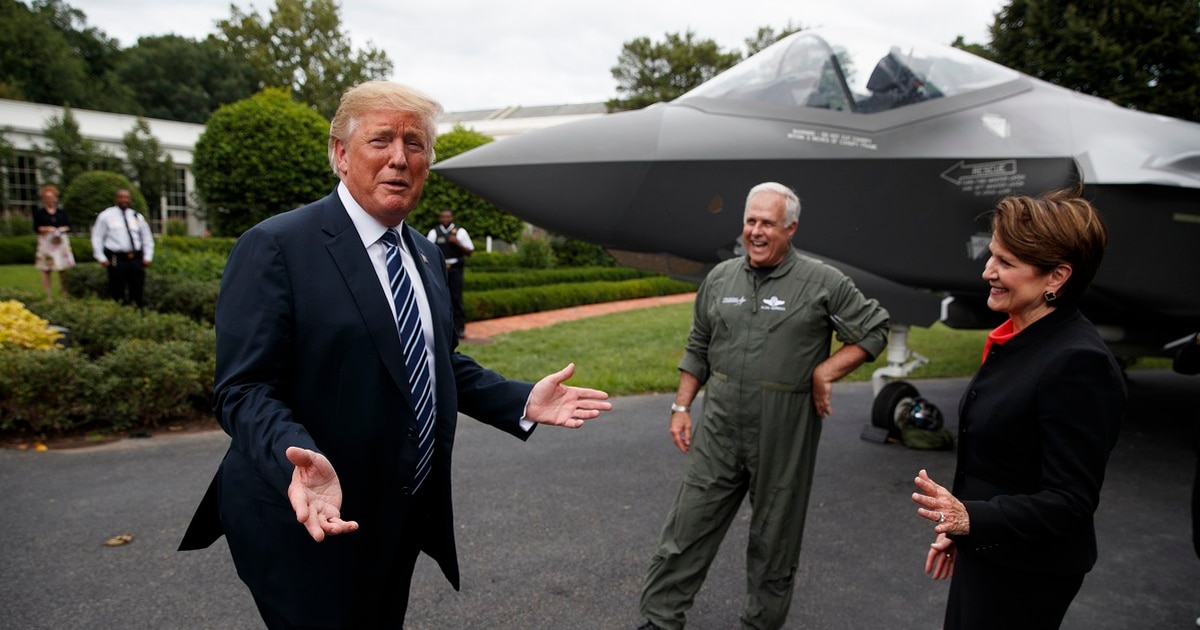 An F-35 Lightning II was parked in the White House driveway Monday as President Donald Trump showcased an array of “Made in America” products.

Wow nice to the F35 in DC and at the White House
I hope the F35 enters mass production once all of its issues are resolved.Great bird
Lol someone tried to land on the whitehouse !
That pilot was high

They landed it at the whitehouse? Are you sure they didn’t just transport it from Andrews or from a museum

That’d be pretty badass to see a jet land in your front/back yard. Neat stuff!

They landed it at the whitehouse

I would bet they landed it since it can do this:

Wow! It must have some really slow landing speeds.

Got a source for that/

Oof, gotta be a tough landing…

Oof, gotta be a tough landing…

Wow that is some next level badass stuff going on. The US always projects their might and a fighter jet at the centre of it all makes it more real!

Interesting! I saw Trump takeoff from KMCI (Kansas City) in his 747 around 3 PM Central earlier today.

The F-35 has thrust vectoring and VTOL capabilities but l have never seen it launch from a carrier yet like the AV-8B was designed to do…maybe somebody can find a pic or post a link !!!

Since it has VTOL capabilities it should not require a catapult launch !!!

Since it has VTOL capabilities it should not require a catapult launch !!!

It’s cheaper launch like a regular aircraft then a harrier.
Btw:

I’m pretty sure that’s how they will launch them regardless of its capabilities, the U.K. carriers have ramps instead as it’s cheaper and puts less strain in the airframe but I don’t think any of it’s operators will realistically launch them in that way through a vertical takeoff during missions.

Considering the deep black budget pockets of the DOD…l strongly doubt if there are any substantial savings…money is almost no object in military parameters regardless of what is publicized !!!