IMG_3632.JPG1016×677 91.9 KB
The Boeing 747SP (Special Performance) was designed for ultra-long range flights. To save weight, the fuselage was shortened by nearly 50 feet, and the redesigned wings utilized simplified trailing edge flaps. Pan Am and Iran Air were the launch customers, putting the aircraft into service in 1976. Other key operators included China Airlines, Qantas, Saudi Arabian, South African Airways, TWA and United Airlines. Most SPs were retired from airline fleets by the mid-1990s as more modern, long range aircraft became readily available. It seemed the 747SP was destined to fade into aviation history. Some carriers, however, pressed on with the SPs, allowing them to remain active in their fleets. Notable of these were Qantas (retiring the SP in 2002) and South African (retiring the SP in 2003). Even more incredible is the fact that Saudi Arabian did not retire their SPs until 2013, and Iran Air’s remaining aircraft soldiered on until 2016, 40 years after the type first went into service. The photos are of the last two major passenger operators of the 747SP, sporting the modern liveries of each carrier. The 747SP was a truly unique aircraft, and although only 45 were built, it went on to serve with distinction. (Photo Credit: Konstantin von Wedelstaedt and Peter James Cook)
36 Likes
crazygamerdl August 28, 2019, 7:37pm #2

Goodbye 747SP. You have had a good life. Rest In Peace.

What an ugly airplane. Fat, short, and stubby.

I think the SOFIA is a 747SP, too and it is still in service, so maybe one will preserved for some time.

That’s correct. If I’m not mistaken, it is actually an old Pan Am 747SP.

I have gotta agree with you there. And now there’s much more fuel efficient engines the 747SP is pretty much obsolete.

This is really interesting, they almost look photoshopped, haha.

How many PAX did they carry and what routes did they op on>?

Where else have I heard this…

That’s amazing that only 45 were built, that has to be Boeing’s most failed comercial aircraft.

so do you mean to say that the 737 is the least failed aircraft in boeing’s history? probably not, but thats the standpoint that you seem to have implied.

I wouldnt call the 747SP a failure by any means. maybe the least successful, but still a successful aircraft nonetheless. every company has their least popular product or service, but as long as said product can generate a fair amount of revenue for the company, its not a failure.

In my opinion the more you sell of a product, the more successful it is.

Las Vegas Sands Corp have one too? I’m sure some other Gulf States have them as BBJs

Yes, I always see them sitting out on the ramp at Las Vegas. They are such interesting and rare aircraft.

It was a beautiful aircraft, I would have liked to see it in the Australian skies for longer. They look so cute, particularly the hump near the tail and the engines. Here are some photos to celebrate its service: 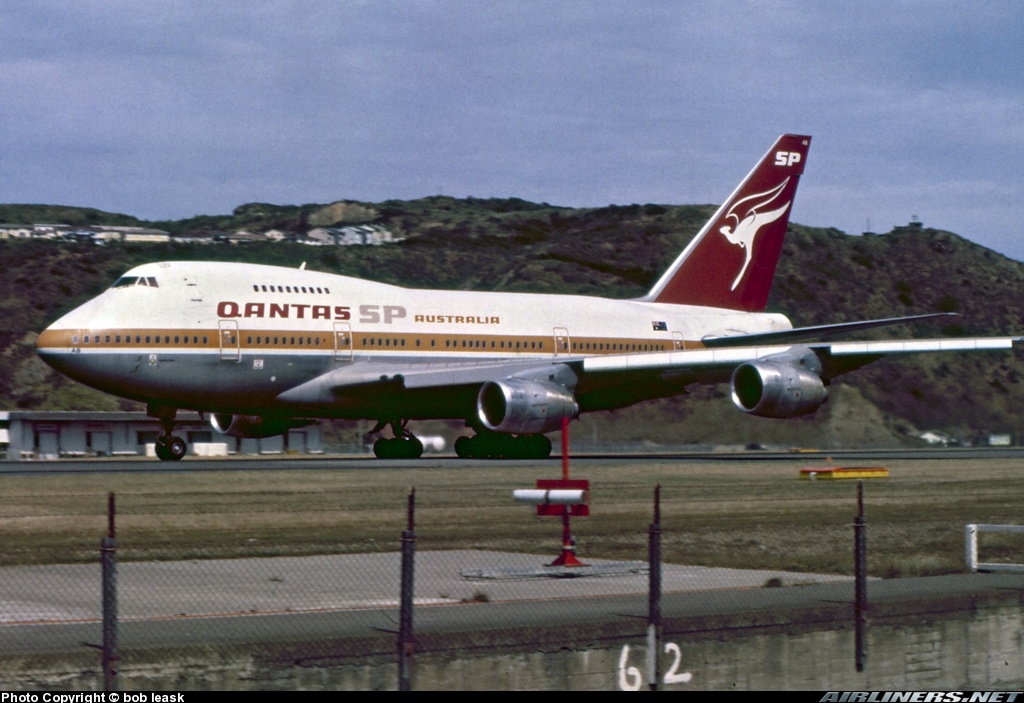 Leaving WLG and on its way to Auzzie - Photo taken at Wellington - International (WLG / NZWN) in New Zealand in March, 1982.