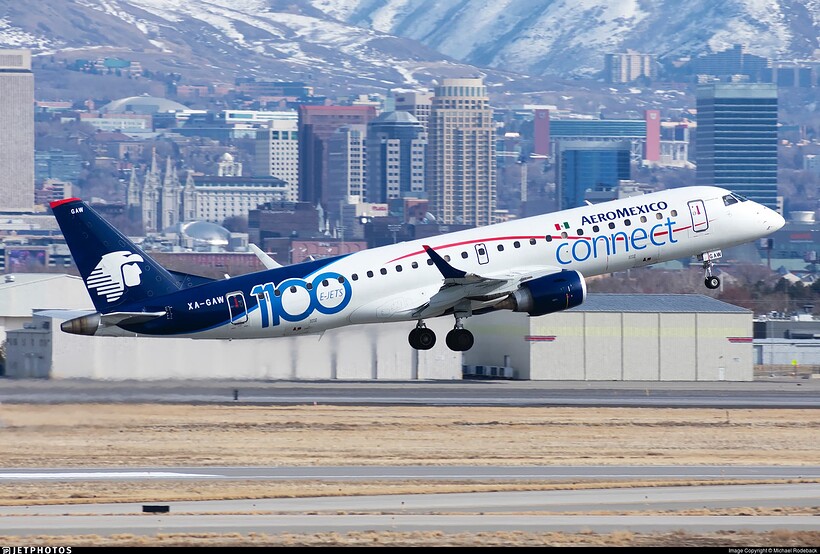 Aerolitoral, S.A. de C.V., DBA Aeroméxico Connect, and formerly known as Aerolitoral, is the regional airline of AeroMexico, operating Embraer E-190 aircraft, with crew bases in Mexico City and Monterrey. It is headquartered in Monterrey. It operates feeder services to AeroMexico’s hub airports, using four-digit flight numbers. It is considered the biggest and most important regional airline in Mexico, offering more than 300 scheduled flights daily to 43 destinations in Mexico, 11 in the United States, five in Central America, and two in the Caribbean. Its main bases are Guadalajara, Mexico City, and Monterrey. Aeromexico Connect flights are marketed as Aeromexico.

Story Behind the 1100th Embraer

Embraer delivered the 1,100th E-Jet production aircraft on December 10th, 2014, during a ceremony held in the Aeromexico hangar, at the Benito Juárez International Airport, in Mexico City. The aircraft, an E190 model, is also the 200th aircraft from the E-Jet family flying in Latin America.

“In the same year that we are celebrating the E-Jets’ 10th anniversary of operations, worldwide, we are immensely proud to be recognizing yet another milestone that this versatile family of aircraft has now achieved,” said Paulo Cesar Silva, President & CEO, Embraer Commercial Aviation.

Opinion / Why to Vote for This?

In my opinion, this plane is a great opportunity to include both, a special livery and the AeroMexico E190 in one single plane. AeroMexico Connect’s livery looks really beautiful and clean, and with the “1100th E-Jets” icon there, it looks even more special!

As we only have 3 planes in AeroMexico’s Infinite Flight fleet, (the 3 are already retired from the real life fleet) the addition of this plane would really help to increase the realism of Mexican aviation in our beloved flight simulator, and with a possibly close Embraer fleet rework, I think this is the perfect time to make this feature request!

Thanks 4 Reading, I Really Hope You Vote!

with a possible close Embraer fleet rework, I think this is the perfect time to make this feature request!

I’m glad you agree it’s a cool one! Thx for sharing your thoughts. 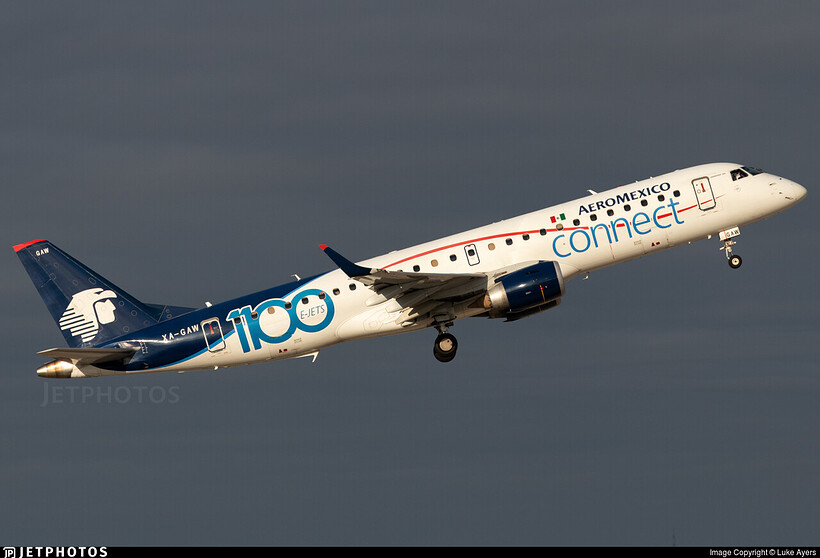 Thank you @InfiniteFlight-14 for voting!

This one would be amazing to have along with the ERJ rework. It’s by far my favorite livery for the E190! Voted!

Thanks for supporting this cool livery!

Let me show you a photo I took a while ago of the airplane with the “1100 E-Jets” paint from AeroMexico. 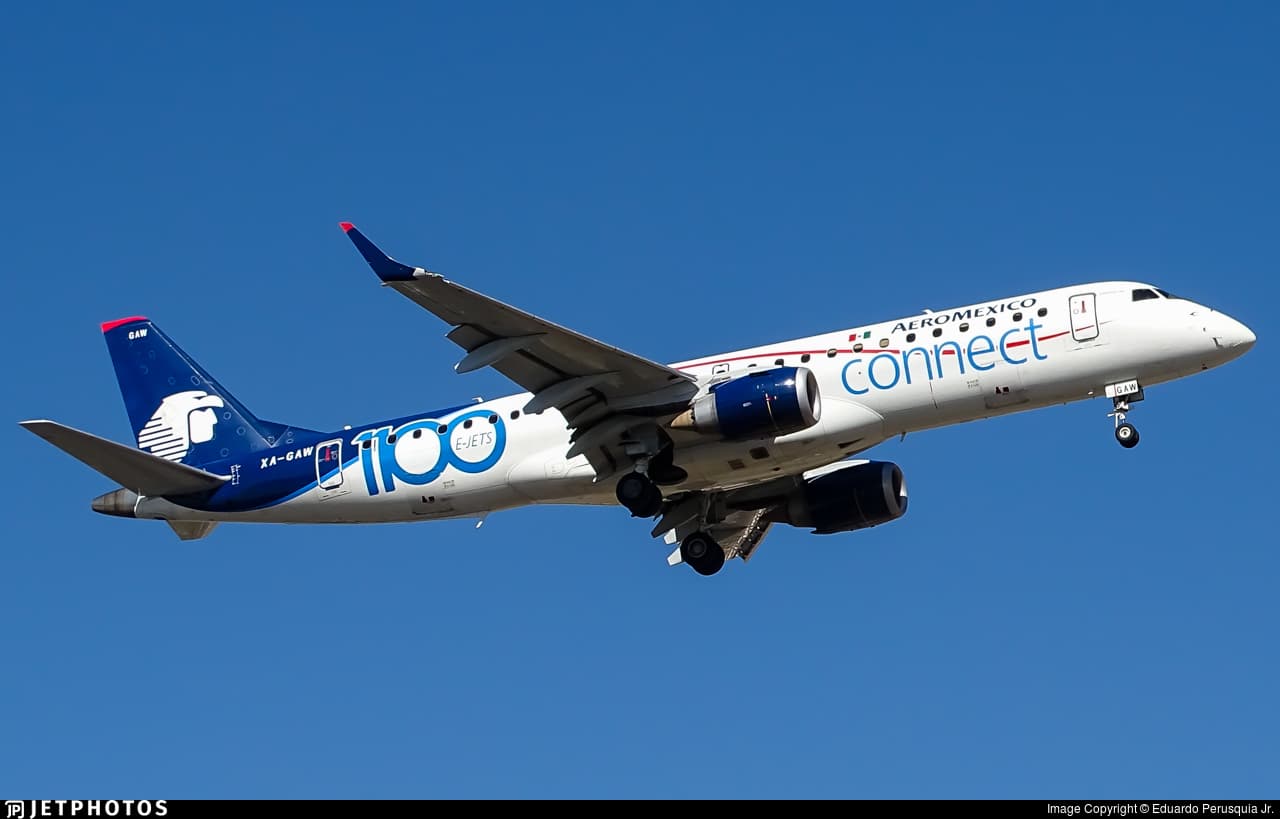 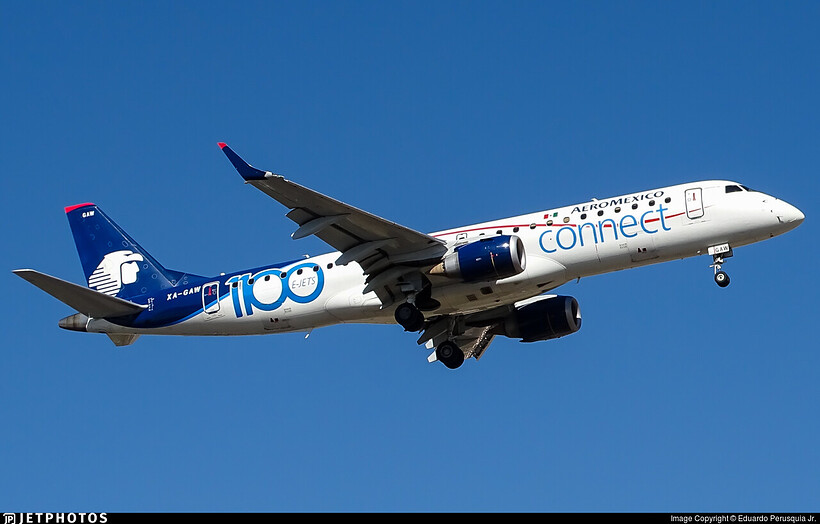 I really think this livery would be awesome to have along with the E-Jets rework.

Bmping up this thread a bit just to give my point of view about having the AeroMexico Connect E190.

I’d personally like to have the E190 with AeroMexico Connect livery more than the E170/175… Why? you may ask… Well because if we talk about realism, AeoMexico Connect currently operates an E190 fleet only and there are no E170 left in the fleet.

It’d be cool to have AeroMexico Connect E190, E175 & E170 but if it’s not possible to add those three variants, I think that the one that should be chosen is the E190 as it’s the current aircraft this airline uses.

I’m linking the normal AeroMexico Connect E190 livery request if you’d like to support it too:

[ERJ190] Photo Credit: https://www.jetphotos.com/photo/9073320 About Aeromexico Is the flag carrier airline of Mexico based in Mexico City. It operates scheduled services to more than 90 destinations in Mexico; North, South, and Central America; the Caribbean, Europe, and Asia. About Aeromexico Connect Aeromexico Connect is the regional airline of Aeroméxico operating Embraer E-170 and E-190 aircraft, with crew bases in Mexico City and Monterrey. It is headquartered in Monterrey. It operat…

This is an awesome livery, sadly I don’t have any votes left, nonetheless it would be awesome to see this livery in the game. 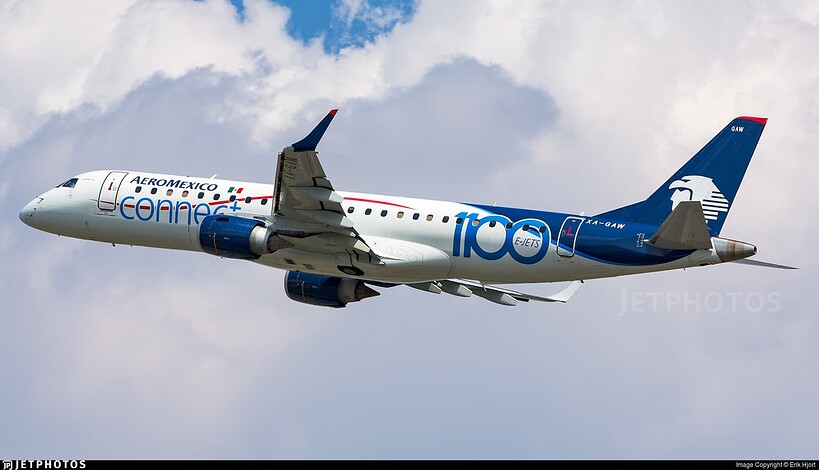 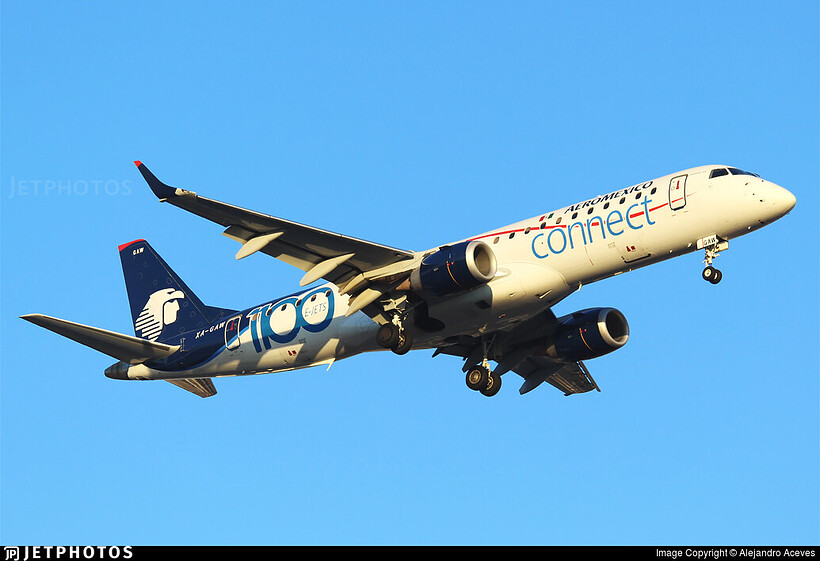 It’s this one who must come!

[33751_1497934399] Source: https://www.jetphotos.com/ (There is already a post with this feature, but I don’t see updates) Aerolitoral, S.A. de C.V., Aeroméxico Connect, and formerly known as Aerolitoral, is the regional airline of Aeroméxico operating Embraer E-170 and E-190 aircraft, with crew bases in Mexico City and Monterrey. It is headquartered in Monterrey. It operates feeder services to AeroMéxico’s hub airports, using 4 digit flight numbers. It is considered the biggest and most imp…

Think it would be nice to transfer the votes of that request to this one, as the mentioned topic is a duplicate 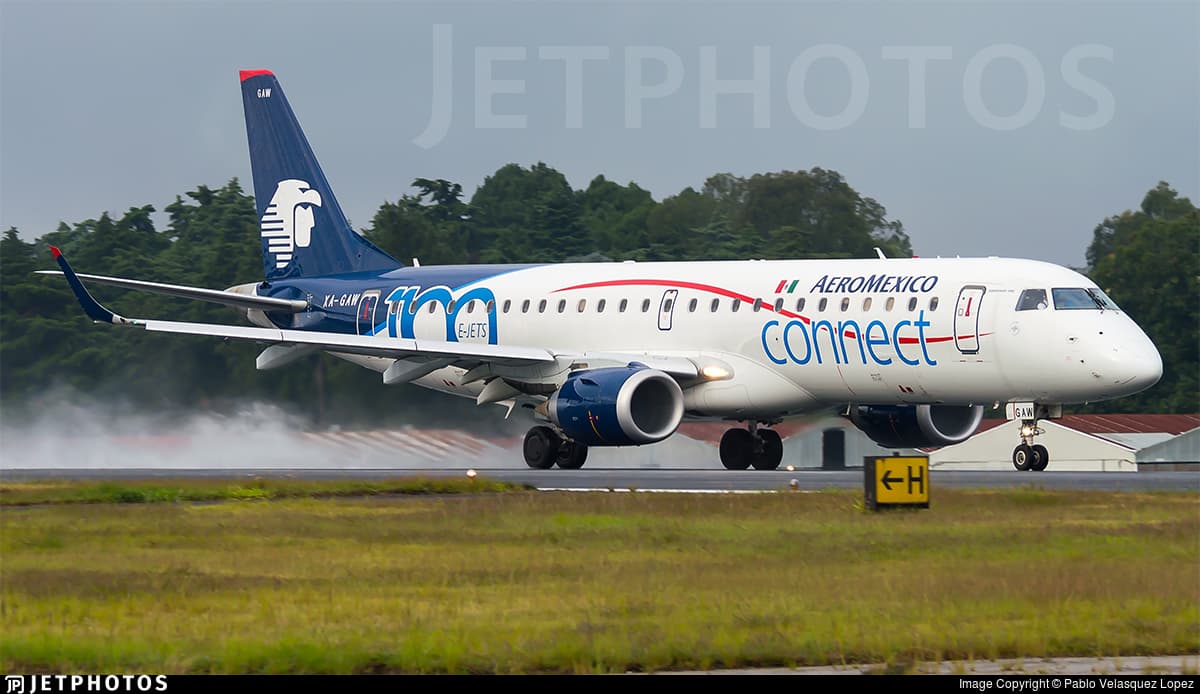 Giving this a bump!

I totally agree! There are many reasons of why this is the one! 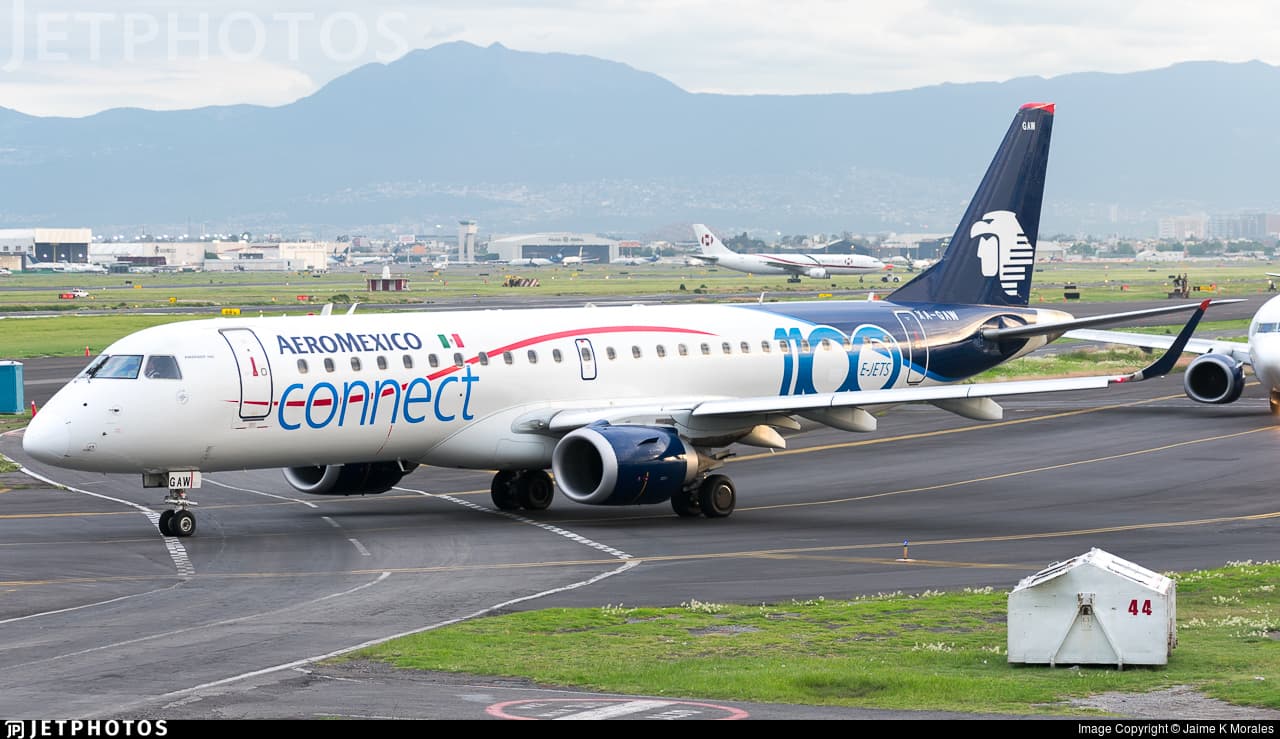 I think it’s a good time to revive this topic! What a design!

mexican aviation is one of the strongest and having more representation of it in the sim would be amazing, to be honest i really am hoping they add this livery (or at least the regular one) when they rework the e-jets