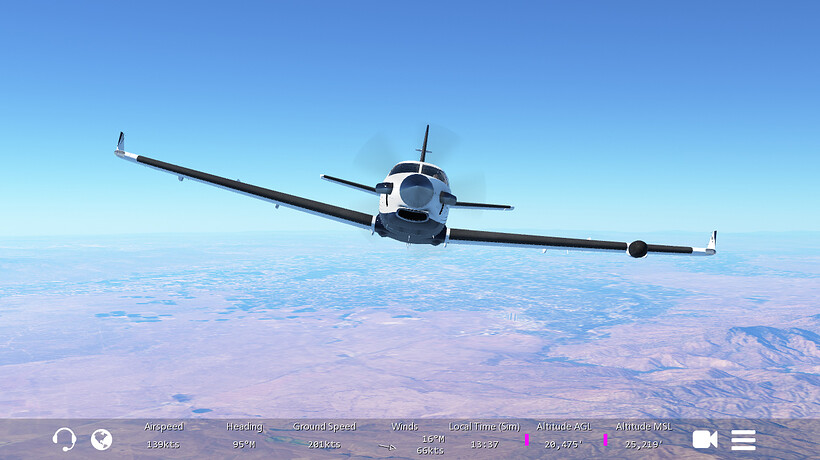 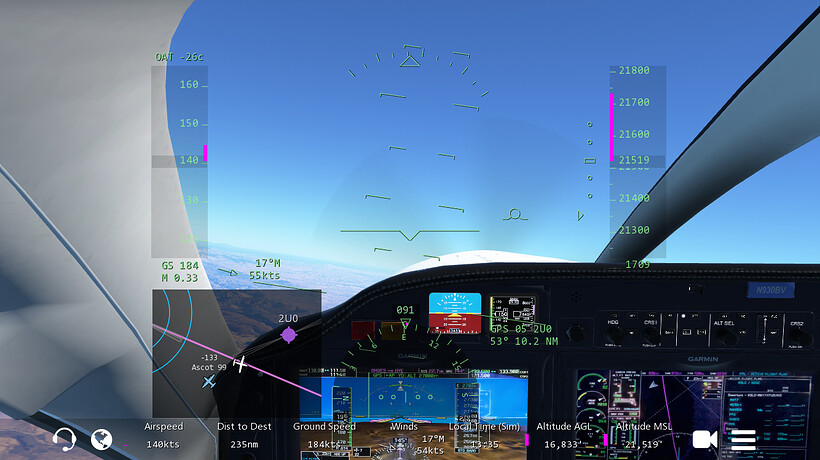 Not sure if this has been noted. This is during straight flight.

Is your Nav on? Look like it trying to line-up the flight route.

It seems to be correct, you are getting crosswinds of around 54knts, also your speed is fairly low and that is why you are pitching up.

It happens with or without nav

It’s a pretty light aircraft… 55kts becomes quite a lot for it.

Oh, I see, you want might to speed a little bit up.

I know but I thought crosswinds are countered with rudder trim and not dipping the wing into the wind like here.

That has happened to me as well alot! It sucks

I had this as well the other day. I know it was a strong crosswind. I’m not turning but trying to fly level. The NAV is on. In the end I changed course for a bit so I had a tailwind and left it till I was near destination to turn so I had a crosswind again. 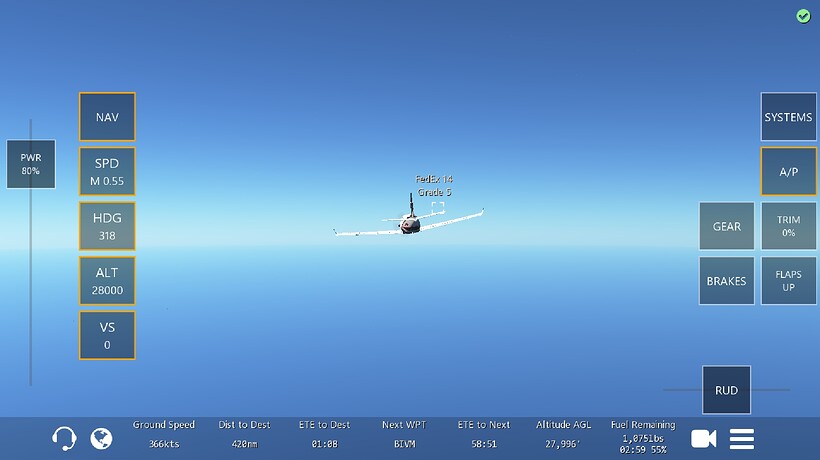 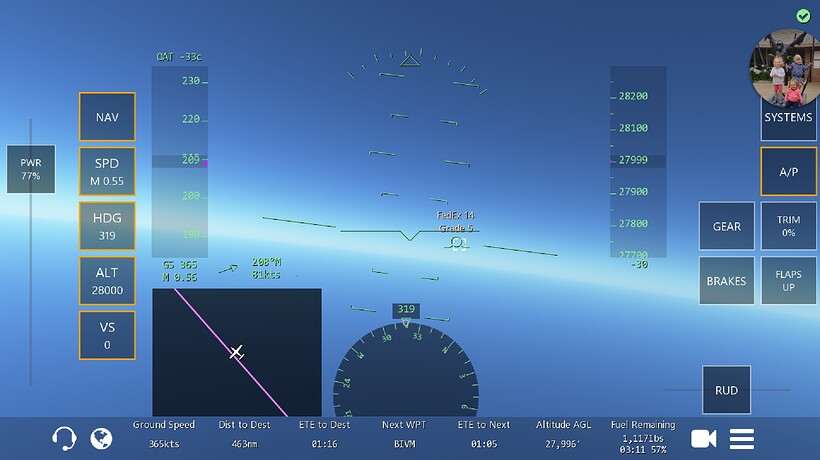 It seems to work better at lower altitudes.

A great website to use is windy.com as it will provide you with accurate wind information.

I had the same issue. It’s almost as if the controls are crossed in nav mode.

It happens in both nav and without. The only way to stop it is by flying manually. I don’t see how this isn’t an autopilot issue. IRL the AP would correct by tracking into the wind (with rudder) not by banking into the wind. Surely this needs to be fixed.

Also in APPR mode the plane tracks into the wind. Same should be for AP during cruise.

The autopilot doesn’t control the rudder in Infinite Flight, never has. I can’t say if it does in real life as i don’t actually know.

Auto Pilot doesn’t have any authority over the rudder…
Pilots use yaw damper.

Ok but my point isn’t this. In APPR mode the plane tracks into the crosswind but maintains runway heading. So it would be good if the same thing happens in normal AP during flight.