Sydney to London direct? Might only be a few years to takeoff

Sydney to London. It’s a route I’m sure at least a few of you have done before (including me) and I’ll tell you, it takes forever and ever and ever. The forward leg to London takes just over 25 hours and the return leg takes about 23 hours. I’ll tell you, it’s one even the keenest of flyers would start to hate after realizing that after 13-14 hours on an aircraft, you have to sit around in a terminal in a weird timezone and you still have 7 hours till London. British Airways, Qantas, Qatar, Emirates, Singapore Airlines (and probably a few others too) operate the route stopping either at Singapore or the UAE. I mentioned the Perth-London direct route a couple of days ago which you can view [here], but what about the people who don’t wanna spend 5 hours on a 737? What about the east coast of Australia? (You can now book tickets on direct Perth to London flights - #18 by MishaCamp). In the eastern capitals, we have a lot more routes than our WA friends. However, we have not got a direct flight to London or the U.K in that matter. I might sound like a whinger but I think the east coast deserves a fair go. And we might be getting one in the next few years.

Airbus seem to have aircraft capable flying the route. The A350-900ULR has a range of 18,000km. The route is only about 17,000km. The 20-hour flight would shave up to 3 hours off the current offerings. Qantas is interested. They could charge a premium price for the flight. However, if you’re in cattle class you’ll be in for a squeeze. 20 hours in a metal tube could cause serious medical problems. Which isn’t good. Not at all good. It would be good for people in business and first though. Getting to meetings 3 hours earlier on the other side of the world could mean a lot. 2022 could be when the first direct Kangaroo route flight launches, but that’s ages away

What are your thoughts on the possibly of a direct Kangaroo route flight? 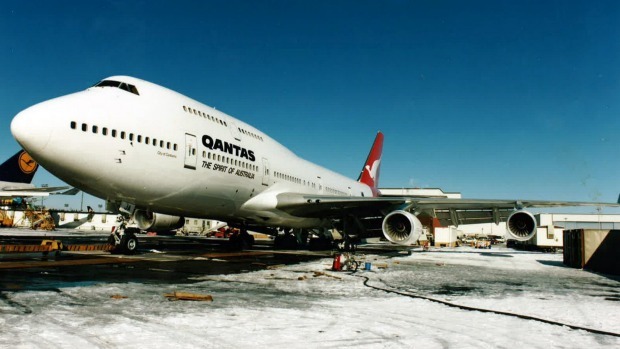 “The City of Canberra”, the longest ever commerical flight ever. London to Sydney, direct, 1989, [full credit]
(http://www.traveller.com.au/worlds-longest-flight-recordholder-qantas-city-of-canberra-747400-retires-130pm9)
Non-stop Sydney-to-London flights could happen by 2022, says Qantas | Qantas | The Guardian

I have to agree with Josh, I have personally flown London-Sydney about 5 times there and back and it’s bad enough on a plane for 14 hours let alone 20.

I suppose it depends what you do with the time you have on your hands, never the less it would be a good expirience.

True, but not such a great experience for those who can never sleep onboard a plane. (Me)

Or those who’s ears don’t pop me

Your really lucky if your ears don’t pop! It saves the pain ;)

No it creates it, your ears need to pop to balance the pressure otherwise they can be damaged and your eardrums can burst thats why they can and do pop

I had a bad case of that while flying back from the States last year. Totally deaf in one hear, until I yawned really loudly and the hearing came back in one massive, painful pop.

I don’t think, should I ever need to, that I would use this service as I really struggle to sit on a plane for more than 10 hours. I never sleep and economy for 20 hours would be my version of hell. Also seems to me like their fares for the London-Perth service at least are stupidly high.

they would have to put a lot more entertainment on the plane.

Good luck. I would NEVER want to fly that route. Even with 4 flight crew you’re going to be knackered into Sydney and those of us who’ve flown there know how friendly and accommodating Australian ATC can be!

I think it’s way too long. Flying Non-stop won’t be cheap due to fuel cost and Qantas have to buy few A350-900ULRs to enable this commencement. And A350-900 is a brand new aircraft for Qantas so it would require pilot’s training and familiarization which wouldn’t be cheap. If the demand isn’t enough, it would be a waste of money and it would be a huge loss for Qantas

People will always take the cheapest option. In this case I have to say, one stop option. Either it’s via Singapore, Hong Kong, Dubai, Doha, Abu Dhabi, or Istanbul. I meant you don’t want to fly in Sydney-London direct nonstop but you have to pay the same price which can be used in Sydney-Dubai-London in Emirates with Business Class

It would be exciting for Qantas to take the title of longest flight! It will be great for the airline too.

From a leisure traveller’s perspective, definitely. But the business traveller segment for a LHR-SYD flight is huge, I would say QF has a decent chance.

I think that business class for this route would have to be what First class is in regular flights… First class would be something new.

Also… Im pretty sure that Norwegian Airlines may do this route from Gatwick.

It’s honestly not bad, I did 6 hours in an A320 and it was really good but of course, that depends on the airline and how legroom they want to give.

depends on the airline and how legroom they want to give.

Typically Qantas offer the best legroom in domestic cattle class in Qantas in Australia. You’ll be okay in that department, however, I just feel a lot more comfortable on bigger planes, just a personal opinion though

What about flying on the A330 from Sydney to Perth

I like this idea, it definitely sounds good on paper.

But a 20 hour flight will almost certainly cause health issues, as was stated. I would much rather have a stop between if it means no health issues. The one solution I can think of for this would be to have a “first class only” airplane. This is uncommon but has been done before.