NOTAM: Join Qantas Virtual in a rare event! Hop in our trainer aircraft (C172) or similar GA aircraft and come stall with us over the Sydney coastline. Spawn at Terminal 3, Takeoff at Sydney Kingsford Smith airport (YSSY) on the active runway. Head towards the coast and stall the aircraft, then recover and do some more, or even do some aerobatics!! Once you have completed that, head back in to Sydney and do some patterns if you wish to. 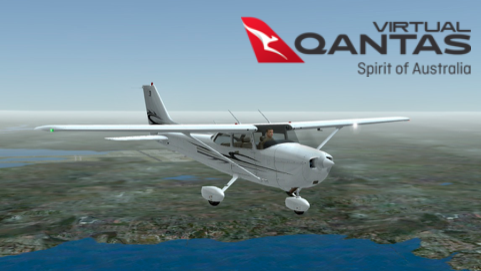 How to Stall/Recover: Fly to 3000ft or more, cut the power. Hold the nose of the aircraft up to hold altitude. The aircraft will eventually lose speed and start to drop out of the sky. Once this happens, point the nose down and put the throttle fully up. “Stick Power Rudder” is what you need to remember!

Looks good! I’ll definitely be there!

If you’re one of our Pilots, PM me after the event for info on filing a PIREP for it!

Sorry can’t make this one (bit early on a Friday for me), but looks a great idea! The Sydney region is great to explore in a GA aircraft!

That’s ok David, It is definitely a good region to explore!

I’ll be there! If I’m not having dinner at that time 😊

Awesome! The more the better!!

Oi sound so awesome, I wanna be there too! Stalling will be awesome

I will try to make it!

I swear the C172 is prone to stalling… anyone with me

Once you flown it a few times you can figure out what the limitations of the aircraft is. But I agree, the first few times in it can be tricky to not stall

What is the date ?

You don’t have to put a # in front of everything, it makes the text too big

May I have a gate please?

i don’t think there are any gates,but I believe that we show up at terminal three.

So I park at another terminal?

also if you are attending, be sure to go into the casual server as that is where the event is.

A trick I use is when I stall and the nose goes down, to pull up faster I use the flaps.