Why I want this:
This livery is simple, modern, and amazing! It uses my favorite, vibrant, shade of pink which looks amazing on the 737-800. I really love that small plane icon right on the top of the vertical stabilizer. The winglets look great too. I think this would be great to fly with when Global comes out. I’m almost sure that FDS could add it right now if they wanted to, but they probably won’t unless this gets a lot of votes which is why I urge you to please, please, please vote for this! :)

On another note, there isn’t much information regarding this airline as it was just announced yesterday. I will try to gradually add more information as more is announced.

General Information:
Swoop is a Canadian ultra low cost carrier owned by WestJet. It was officially announced on September 27, 2017, and will tentatively begin flying in June 2018. The airline will be based in Calgary, Alberta. It was named after WestJet’s desire to “swoop” into the Canadian market with a new business model.

Fleet:
Swoop will initially operate a fleet of six Boeing 737-800 aircraft in 2018, scaling up to 10 aircraft by spring 2019. These aircraft can seat a maximum of 189 passengers in a single class layout, though Swoop has not yet announced their configuration. Configuration to be announced, will be “high density”.

Destinations:
The initial destination announced is Abbotsford International Airport. Three airports in Ontario are undergoing negotiations, they include Hamilton, Waterloo and Windsor. 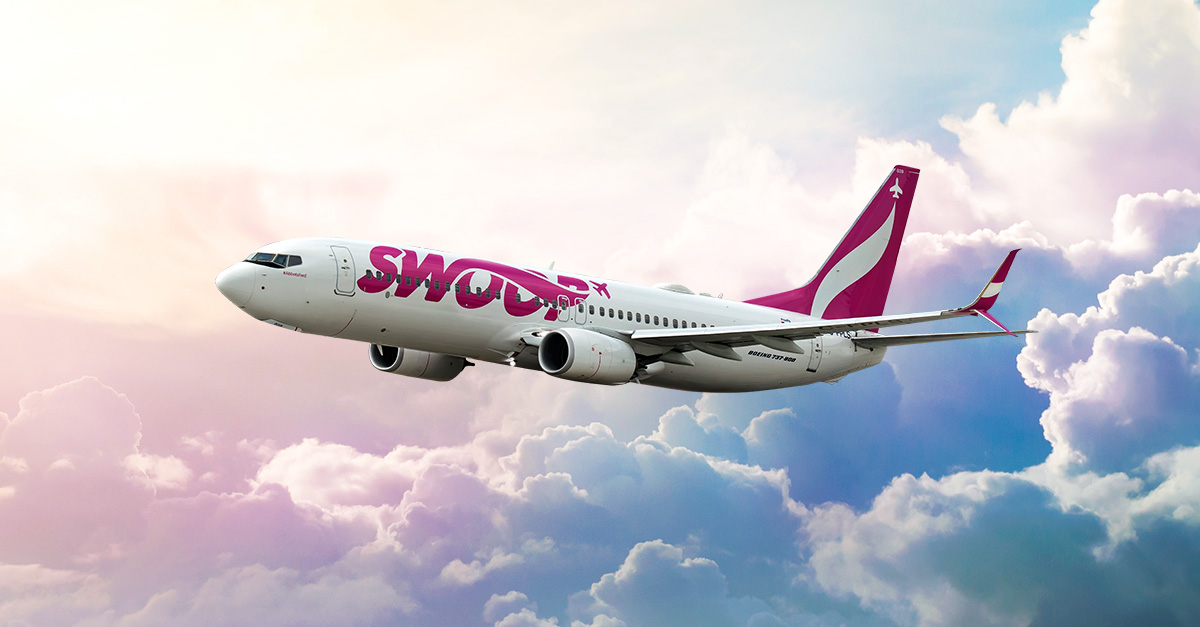 Swoop is a Canadian ultra low-cost carrier (ULCC) owned by WestJet. It was officially announced on September 27, 2017, and began flights on June 20, 2018. The airline is based in Calgary, Alberta and was named after WestJet's desire to "swoop" (or jump) into the Canadian market with a new business model. Shortly after launch, WestJet announced that Swoop would not be based in Calgary, but in another nearby market like Edmonton, Abbotsford, Hamilton or Winnipeg. On February 1, 20 In April 20... 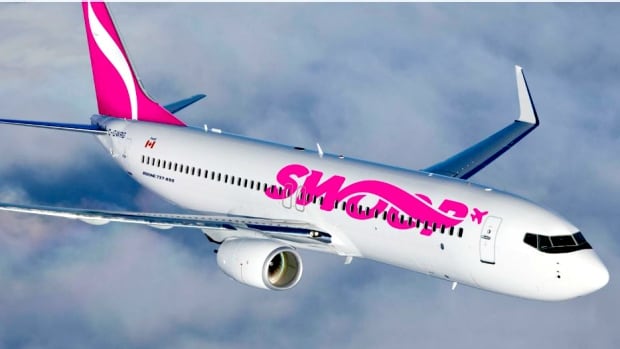 ​Swoop — WestJet's low-cost carrier set to launch in June 2018 — will get travellers into seats for cheap prices, but expect to pay for any extras. 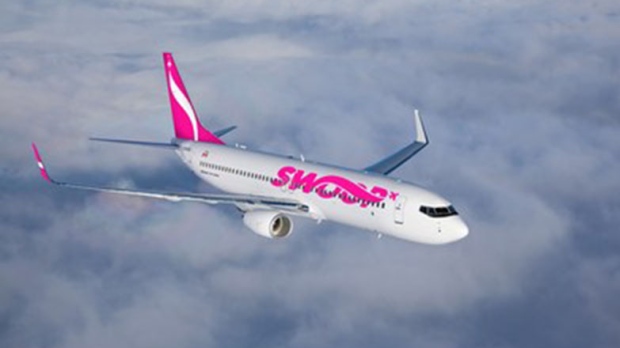 WestJet says that its new no-frills, lower-fare airline will be named Swoop.

For me, it’s a little basic. I would want more on the plane, but it looks good.

Eh it’s kinda boring to look at though. Not to many colors

Did you get the idea from my topic? Lol. Think it looks great tho. Love that logo!

I most certainly did! I’ll add you in the topic just because you gave me the idea. People don’t seem to like it though :(

Eh, hater gonna hate. Don’t let it get too. This livery requires an acquired taste.

This is cool for like great cancer awareness day in October

For some reasons, Swoop reminds me of Scoot btw 😉

I would love to see this livery in the simulator 😊

Too much pink for me.

I really do like it, I think the pink is really cool. Problem is we’re all out of votes.

Love it 😍. We definitely need this Livery, if/when the airline comes into service.

What a livery! Love it!

Pretty classy livery, although I wish the pink wasn’t so bright and fluorescent. Fantastic logo, and good on them for bringing the cockpit shades across to this livery as well.

I love this! It’s amazing! I love the cockpit!

Love this livery - especially with the split scimitars. Here is a more recent pic. (C-GDMP)

gonna bump this up - would love to see this added 😍