Spotting at EHAM - Heavies Only (pretty much) - First Spotting Topic For Me:D

Today I have something rather different for you: a spotting topic! I don’t think I’ve ever created one of these on the IFC, but here I am now:)

Today’s spotting session bought me to EHAM Amsterdam Schiphol’s runway 18R/36L, otherwise known as the Polderbaan. Due to the COVID-19 pandemic, there are barely any smaller aircraft; I only spotted one 738 and an Embraer 190. The rest were all heavy aircraft, coming from all over the world and most likely carrying medical equipment as a lot of them were freighters.

Sorry if the quality is 💩 I took the video with an iPhone X, and the pictures with a Samsung Galaxy S20, I have to say that the pictures taken turned out rather nicely:D

I made a YouTube video of the spotting, where a lot of aircraft information is shown in the following format:
Time
Aircraft
Registration
Airline
Flight number
Departure airport

What I just mentioned above is only for the YouTube video, I will do something similar with the pictures, more on that in a moment. 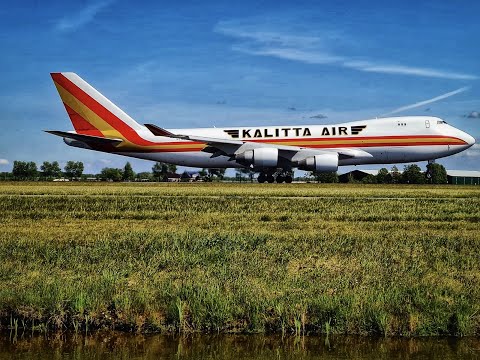 And now for the pictures:
I will show the pictures with the following information format:

Of course, I will also provide some more little facts:)

And finally, here are the pictures, enjoy xD

Here is a KLM Cargo aircraft landing after a flight from Miami, taking the mighty Boeing 747-400F
7 hours and 50 minutes. The flight was operated by Martinair Holland.

Now’s a Kenya Airways Boeing 787-8 dreamliner after touchdown with it’s beautiful thrust reversers deployed and slowing down on EHAM’s Polderbaan (18R) after a journey lasting just under 8 hours from Nairobi.

For some reason it looks way to short, maybe it’s just me

Next is a rather new aircraft belonging to Emirates. Here’s the Boeing 777-300 arriving after a 10 hour 15 minute flight from Quito.

Next up is a regular but very respected Singapore Airlines Cargo Boeing 747-400F arriving from a 9 hour 40 minute flight from Chennai. I think that livery actually looks amazing on their 747s

Now is a China Cargo arriving after an 11 hour flight from Shanghai. I have to say I liked the outcome of this picture:) on second thoughts I actually don’t think it looks too good

And to wrap things up is a mighty Qatar Cargo Boeing 777 freighter coming from Chicago O’Hare. Here it is seen rolling out on the runway, preparing to exit with tower’s clearence.

What was your favourite picture?

So that wraps things up! I really hope you enjoyed the video and pictures despite the low-end quality. Any feedback is most appreciated as this was my very first spotting topic. Do keep in mind when giving feedback that I don’t have access to higher quality equipment yet…

Stay safe and ever so healthy,
Rian

Keep it up, and stay healthy as well!

Keep it up, and stay healthy as well!

Thanks so much! That livery does fit very well indeed:D

Hahaha yes indeed. A week or two ago there was a lot less than now, I can definitely see an increase, especially with the European flights.

Thanks Kuba! The Kenya 788 livery does look very nice:)

Great shots, maybe I can join you one day soon.

Great pictures! Also they look like you stand next to the runway, which I have seen before with AMS shots, burnouts always kinda irritating to me…

The KLM 747 looks like it’s smiling too, great capture! Thanks for sharing!

Wow! Personally my favourite were the Kenya airways and the Emirates. These were some awesome shots by the way!

Great shots, maybe I can join you one day soon.

Thanks Vinne, we definitely should:)

Great pictures! Also they look like you stand next to the runway, which I have seen before with AMS shots, burnouts always kinda irritating to me…

Thanks so much! Sorry about that…

The KLM 747 looks like it’s smiling too, great capture! Thanks for sharing!

hahaha it does indeed, thanks!

I sure was! Schiphol has an AMAZING place for planespotting. Here is a description of Schiphol’s website:

Polderbaan (18R-36L) is Schiphol’s most frequently-used runway. From here, planes take off in a northerly direction (depending on where the wind is coming from) and land in a southerly direction. This zone also gives you a view of Schiphol’s fire station. Hungry? There is a regular fast food truck at this spotter zone, in addition to mobile toilets.

You can find the zone at the end of IJweg. It’s easily accessible by bike. Coming by car? Enter the postcode 2141 CN into your satnav.
Hope that’s interesting:D
Thanks so much!

Wow! Personally my favourite were the Kenya airways and the Emirates. These were some awesome shots by the way!

Thank you so much! The Kenya Airways livery is so nice and colourful… and Emirates is just such a clean livery, thanks for sharing your thoughts!

Hahaha thanks it did turn out quite well xD

No need to be sorry. Also big spelling error on my side, it shouldn’t be „burnouts“ but „which is“, sorry for that.

Wish I could go planespotting at Dublin but there’s barely any flights, and it’s more than 5k from my house anyway so we can’t go :(.

No need to be sorry. Also big spelling error on my side, it shouldn’t be „burnouts“ but „which is“, sorry for that.

Hahaha, why is it irritating? Maybe I just can’t read

Wish I could go planespotting at Dublin but there’s barely any flights, and it’s more than 5k from my house anyway so we can’t go :(.

awwww sorry Hugh the traffic is picking up slightly, I’d say give it a few months. I have been very lucky with the traffic at Schiphol recently, the longest time between a plane was 40 minutes I think, but we were lucky that there was a snack trailer there for some fries and drinks. I’m also very lucky that there isn’t any rule that you have to stay within 5km from your home.

Hahaha, why is it irritating?

No, I wrote this really bad. What I meant is that it looks like there’s no fence nothing and you’re still like same level and really close to the runway, which isn’t really how it was at most airports I’ve been to. That’s why I am always wondering what the point the pictures where taken looks like.

There’s a big car park where there is a snack car where you can by some refreshments e.g fries or ice cream. Then there’s a HUGE stretch of grass and path beside the runway, I would say atleast 2km long as it’s just a bit shorter than the full runway. Everyone has access everywhere on the path or grass, so you can choose where alongside the rwy you can spot. The runway and the stretch of grass is separated by a canal, meaning no fence is needed which is great!
Here are some arial pics of the place:

That’s really cool! Thanks for the details. The channel explains this odd look like there should be a fence, but isn’t. Thanks!