Ahhhh, two days ago SpaceX had a great day. They successfully used a single orbital class booster three times! Now, for the first time, I think, they failed an attempt to land on land.

They cut off the video stream of the booster when it was starting, well… to go wrong. As I was watching the stream I could notice that the booster was rolling. But after we got confirmation that the booster had thankfully didn’t crash on the land but on the sea.

The main mission is a success and that’s the most important thing :)

SpaceX will, of course, investigate the precise cause of this failure. It’s better to have all the possible failures to happen now than later with humans on board with Starship.

Someone has posted a video of the landing already :

Too bad, it appears one of the grid fins got stuck. 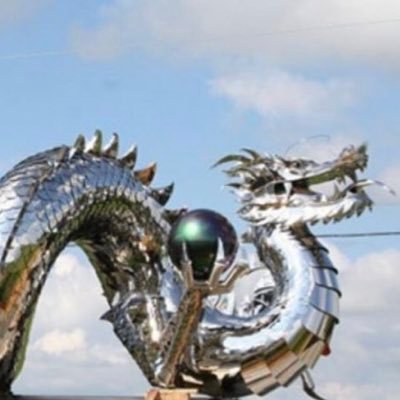 “appears to be undamaged & is transmitting data”. Ok, wow 😂

@markkrieger Yes, cutaway was a mistake. We will show all footage, good or bad.

@DJSnM Pump is single string. Some landing systems are not redundant, as landing is considered ground safety critical, but not mission critical. Given this event, we will likely add a backup pump & lines.

Onboard camera video of the “water landing” :

Another video has been posted on Twitter (tracking cam) :

Considering that the landing sequence would still be programmed it probably just couldnt be guided to the landing area but still was stable descent. So no surprise it would have survived. Also just goes to show just how much the Block 9 is. Previous tip over kike that caused an explosion. Block 9 is a beast

Needs floaters 😂 might be hard to implement. Pretty amazing it landed safely.

No wonder I felt something fishy during the stream.

I hope they will stop cutting the video feed each time there is a problem. They did it with the Falcon Heavy launch but this was understandable. SpaceX’s landings are still infinitely still better than ULA’s jk.

Yes, they have programmed the booster to first target a landing next to the landing pad (or the drone ship depending on the mission). If everything is OK then they will make a correction to proceed with the landing. In this case, the booster was rolling very fast but at the last moment, it stopped spinning (the 3 engines that were fired during the landing burn managed to stop the spin). Unfortunately, it was too late. It seems that they will be able to correct this issue quite quickly so this incident should not disturb much SpaceX’s future launches.

It wasn’t reused easy. They had to pull all the segments apart, relighn parts, fill it up again.

Also the space shuttles boosters were Solid Rocket Boosters. You just light the bottom on fire and they burn till they’re out of propellent. The Falcon 9, unlike the Space Shuttles boosters, has liquid fueled engines that may corrode in salt water.

But yes this booster will be recovered, the booster is very close to shore and is being towed/has already been towed home. They will next put it on a transporter and take a look at it

She’s currently being pulled into port and they’re working on how to get it out of the water. That may not happen till tomorrow morning unfortunately. But, once out of water, they’ll remove the legs and take her to be inspected. If she looks good, they’ll send her off to McGregor for repairs. Biggest repair will be a new interstage, because the interstage as a giant gash in it and a dent following the landing.

Here’s some nice video as well: