Southwest Airlines said Thursday that third-quarter profit rose 7% on record revenue despite taking a hit from the grounding of its Boeing 737 Max aircraft fleet.

Southwest Airlines has had an all-Boeing fleet since it began flying 48 years ago, but that could change.

CEO Gary Kelly said Thursday that the company’s board has directed him to look at getting planes from other aircraft makers, which would almost certainly be Boeing’s European rival, Airbus.

The airline currently has 34 grounded 737 MAX aircraft. From the 3rd Quarter Results, Southwest revealed they lose $210 million from the MAX groundings.

This seemed rather imminent, considering the MAX groundings/cancellations and re-certification was continuously pushed back

What aircraft do you guys think Southwest could be looking at? The A220 and A320neo family will fit nicely in terms of seat count and capacity. 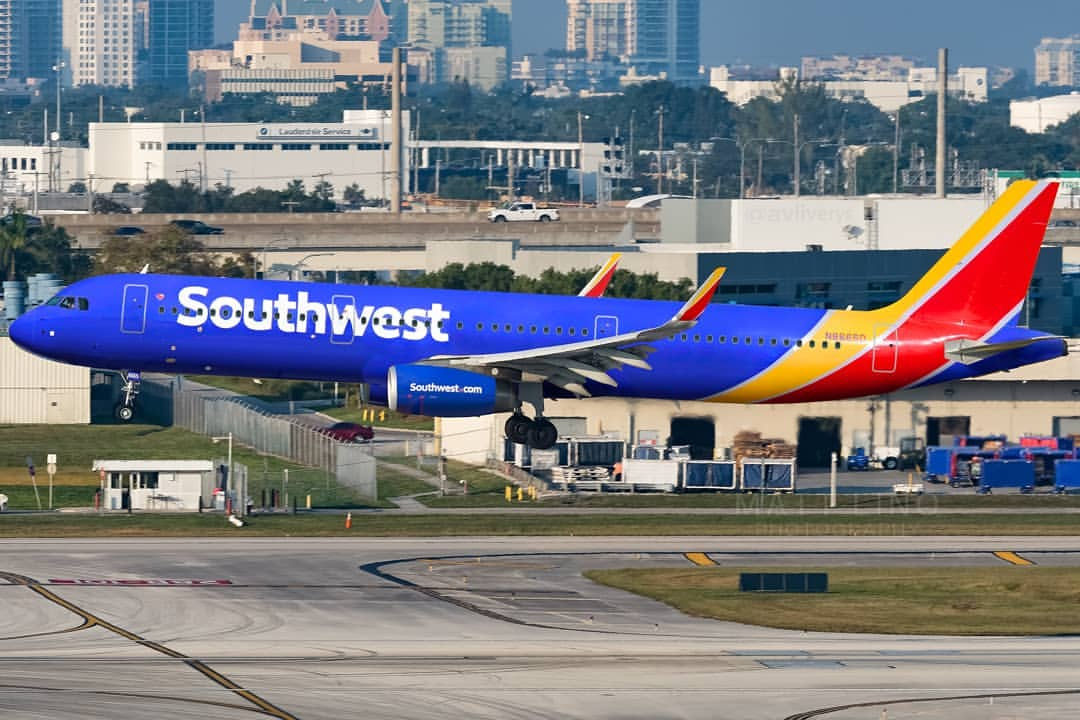 The A220/320NEO are quite viable imho. They have wider cabins than the 737max, which may allow for more comfort, and a clean safety record too.

It was simply a matter of time. It’s just completely understandable, that’s how it works. Even though they always were a Boeing customer, Boeing didn’t deliver this time. Huge chance for Airbus right now. I’m very much excited to see the results.

I like Boeing but after the Max I’m not surprised southwes are turning and look at Airbus.

They’ve actually been looking into other aircraft for a few months now, mainly eyeing the A220, it’s just that the other topic on this got closed.

As much as i would love to see Airbus aircraft in Southwest’s fleet, i think its a tactic to put more pressure to Boeing. Not the first time it happens

If Southwest gets Ann Airbus the world might end. That’s a big step for them and it would reflect really poorly on Boeing. On the other hand I think they will lease a few just to cheaply get some profits

If Southwest gets Ann Airbus the world might end.

The issue is while other airlines can switch to Airbus, not many are. Why? Because where in the order book will they be? If they were due to receive planes in a year or within then they will be waiting far longer to get Airbus aircraft as they will be obligating and fulfilling their existing orders from previous years before Southwest. Basic supply and demand I guess 😂

I’m not gonna lie, the Southwest livery looks sick on the A321!

Fingers crossed for this 🤞

I’m really hoping they buy some A220s so I can fly on those a lot!

turning and look at Airbus.

In my opinion, they should switch to full Airbus. Hecc Boeing. The max has put everyone down under. Now we have problems with the 737 NGs.

i have been waiting for this moment. I love southwest and their 737’s but flying in them sucks. theres no ife and the legroom sucks and the bathrooms are small and the cabin is so loud. i hope they through with this.

I’m a huge Airbus fan. I would like to see the Southwest livery on the A220s.

I know, it frankly baffles me how Boeing has not gone under with the 737 program. Like not only can the planes not fly, but they are getting pounded by the mainstream media harder than a-

To fill up space