So long Dubai, Qantas shifts it's Australian to London flights stopover to Singapore

Qantas will change its stopover destination on Australia to London flights from Dubai to Singapore in a major shake up from March 2018. QF1 and will be impacted as the national carrier moves to Singapore to respond to the booming Asian market. Currently, Qantas has been flying between Sydney, Melbourne, and Singapore with 2 return flights daily (Sydney) and thrice weekly (Melbourne) respectively with an A330, this new diversion will replace 1 of the daily Sydney-Singapore flights, however Melbourne will get a lift with that thrice weekly service to Singapore changed to daily, this means Melbourne customers will get an option of flying to Sydney for a London via Singapore service on QF1, flying to London via Perth on the new QF9 or flying on a new direct daily service to Singapore then transferring onto QF1. Qantas decided that there was no need to fly to Dubai because most of their customers were only continuing onto London, therefore anyone who goes to Dubai on a Qantas aircraft currently will now have to fly Emirates to Dubai, basically, code word for “We not making any money of out connecting Dubai flights so we give it back to Emirates”. Qantas ended it’s Australian-London flight stopover in Singapore in 2013

Landing into Dubai on QF2. Photo: myself 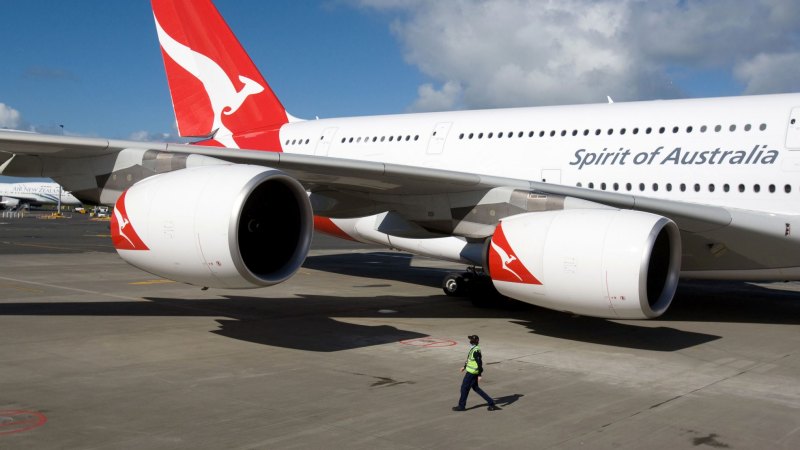 Qantas is dropping Dubai from its network in a major shake-up that repositions it towards the booming Asian market.

The thing is, Dubai don’t really need those stop overs. They have A380 just for Dubai to Manchester.
Then the 777 flight from Dubai to Australia.

But it would have been scenic for the Qantas passengers

Yes! This is great news for me, I’m a big fan of Singapore Changi Airport and a fan of the country itself. I really am happy to see such airlines like Qantas changing to Singapore. I’ve flown the flight from LHR - SIN - SYD in both Singapore Airlines and Qantas too.

Emirates actually have A380 flights to Brisbane, Melbourne, Perth and Sydney. They only use 77W and 77L on a daily flight to Adelaide, 2nd and 3rd daily flight (1 DEC 17, 77L) from Brisbane and seasonally on a 2nd daily flight to Perth. The rest of flights are all A380’s.

Nice! I always wondered why they changed it to Dubai in the first place…

I remember back in the day when Qantas used to do the Kangaroo route via Singapore, it will be good to go back.