This will be my second and final feature request today. This smoke effect would look cool behind aircraft when their engines are at anywhere from 95-100%, mainly on takeoffs. Let me know what you all think! 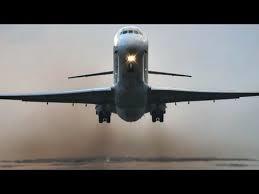 Yeah that would be a nice effect to add in to the sim along with the landing smoke effect too.

This would be nice to simulate the thrust power.

Thanks guys! I’m so happy people agree with me! 😄

IF the developers actually got off their butts and did it.

Isn’t that a bit unfair? The developers work really hard to make this game great and if they are currently working on global flight then its a lot to ask for them to immediately start on work on this small stuff.

they announced landing smoke would be coming in an update

Yes! They did say that BUT they also said that they were experiencing issues with it so it would be delayed!

Let’s see you make something better

Emmanuel, the developers work really hard and try their very best to make Infinite Flight the best simulator. Spreading negativity won’t help “getting the developers off their butts.” It will be added eventually. We will just have to wait. Back on topic: this is a really cool effect that I would love to see added!

the developers actually got off their butts

Would you like to do it? As far as I’m concerned we wouldn’t have half the features we have today if they were lazy.

If they added it you would have real smoke coming out of your phone. Being a developer is very time consuming and frustrating, and you my friend aren’t making them feel good about the hard work they do.

Mate don’t lower yourself to his level. There is a little button called flag. Just use it

Who is lowering themselves to a lower level now?

They should make this