A Singapore Airlines Boeing 777-300ER operating flight SQ368 from Changi to Milan caught fire a few hours ago. The plane turned back to Changi two hours into the flight. An engine fault is to blame. 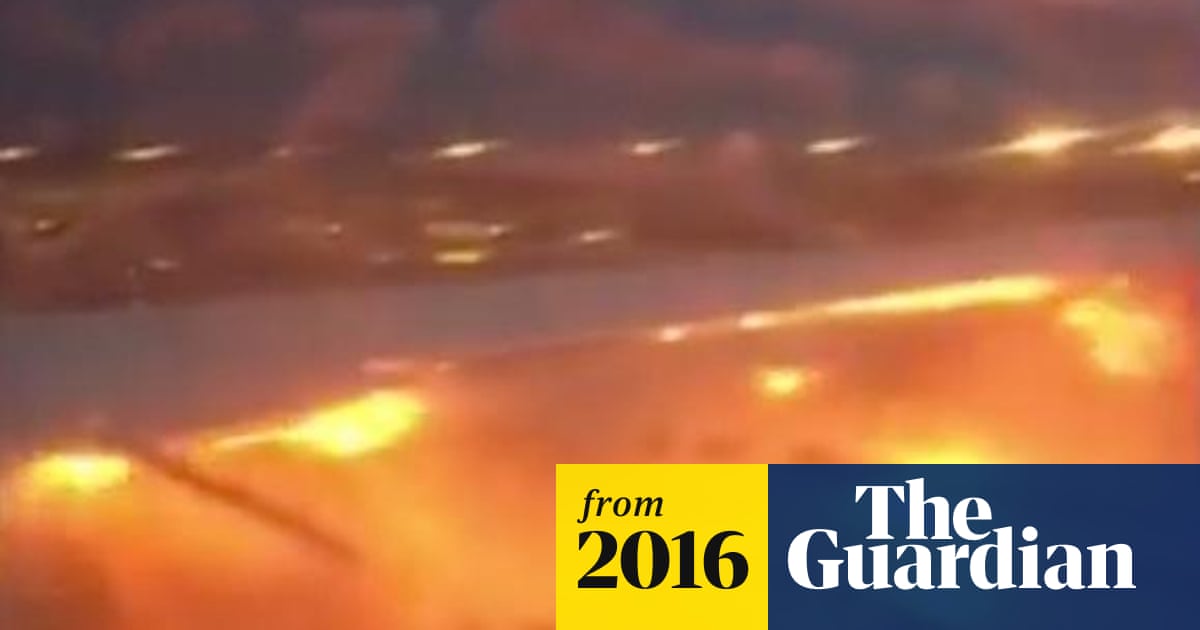 ‘The aircraft’s right engine caught fire after the aircraft, a Boeing 777-300ER, touched down at Changi airport at around 6:50 am (2250 GMT). Emergency services put out the fire and there were no injuries to the 222 passengers and 19 crew on board. Passengers disembarked through stairs and were transported to the terminal building by bus. Passengers will be transferred to another aircraft which is expected to depart for Milan later today,’ a SIA statement said.

‘The SIA flight, SQ368, departed at 2:05 am, but about two hours into the flight the pilot announced there was an engine problem and the flight would return to Singapore,’ Channel News Asia reported.

This is the second incident involving a 777 engine.

Thank goodness everyone is fine😮, it could be worse. I hope the plane can have a repair.

It would need a big and expensive repair alright. That whole wing along with the engine needs to be replaced. Maybe even the gear and fuselage.

No one are hurt right?

Nope, no one thank goodness.

Good god, that wing got really messed up. Thankfully, no passengers were hurt in this. 😅

Oh my god that looks horrific. The passengers must have been terrified.

I think there are already several B777-300ER incidents. But, this is the worst IMO

The GE90-115B is an incredibly reliable engine when the correct preventative maintenance is done. They’re famous for being expensive to maintain but they’re fantastic engines if you treat them right.

Oil is incredibly flammable, with all the hot parts spinning around, it’s easy to see how a fire can start. That’s why aircraft are built to resist heating to a certain degree. The entire wing will need replacing, the heat would’ve weakened the structure, ruined the wires, ruptured hydraulic lines, destroyed joints, bent struts, warped panels, and a plethora of other things. I don’t want to be the one footing the repair bill.

Ok, so the engine is reliable, so this probably shouldn’t have happened? And because it is very expensive to run it would be extremely expensive to repair?

It would need a big and expensive repair alright. That whole wing along with the engine needs to be replaced. Maybe even the gear and fuselage.

Ok, so the engine is reliable, so this probably shouldn’t have happened? And because it is very expensive to run it would be extremely expensive to repair?

With so many parts in an engine, things are bound to go wrong eventually when you run those puppies 18 hours a day. It’s probably just bad luck more than anything else. The engine need replacement, that’s US$15-20 million right off the bat. The wing replacement will run about US$50 million at the very least since the entire structure needs replacement. I would say it’s better to write it off. The total cost can run upwards of US$100 million.

My condolences to 9V-SWB, you have been such a great aircraft in your short 9 year life 😢😵

9V-SKB is Singapore Airline’s second A388

At least, 9V-SWB may be the only plane from 9V-SWA to 9V-SWI to be retrofitted with the new cabin. (If we see from the positive side)

Can they fix the plane