With the A330-300 being reworked in 21.1 I thought I should spice things up a bit and request a livery which I haven’t seen requested for this aircraft! Shenzhen Airlines.

Shenzhen Airlines (Chinese: 深圳航空; pinyin: Shēnzhèn Hángkōng ) is an airline headquartered in Shenzhen Bao’an International Airport in Bao’an District, Guangdong. It has been a member of Star Alliance since 2012, and is currently one of two Chinese airlines that is part of the global airline network.

The airline has six A330-300 in service that operates domestically and internationally which range from London Heathrow International Airport to Bangkok Suvarnabhumi Airport in Thailand.

Including this aircraft will give more routes to fly with a new carrier in the game as well as more opportunities to fly to and from Shenzhen! 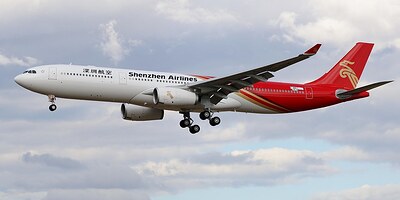 This livery is so beautiful, I think I might put in a vote. I love more of a variety of Chinese livery’s because they have a wide variety of long haul routes. Great request!

vote for it! Iv seen and worked with it in person in LHR(last year) unfortunately I didn’t take any pictures otherwise I would of used my own pictures! It stunning IRL

Only two votes?
We really need more Chinese’s liveries in IF, because of the huge lack of them.
Bumping this for the A333 rework

Thank you! This livery is certainly underrated!

As a guy from Shenzhen. I’ll definitely vote for it!

Thanks for the vote :)