SFO Near Miss could have been catastrophic 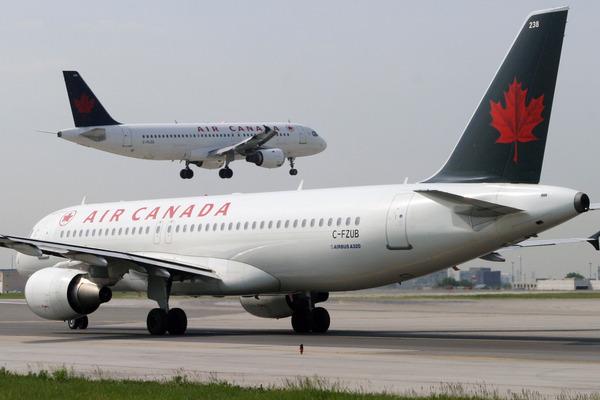 Exclusive: SFO near miss might have triggered ‘greatest aviation disaster in...

An Air Canada pilot mistakenly started to land on a SFO taxiway, where four fully-loaded planes were waiting to take off, rather than the runway.

That is pretty crazy. Was Harrison Ford flying the plane? 😜

Thankful for that ATC - saved hundreds of lives.

I don’t see anything on AvHerald. It looked like the pilot went around at 400 feet, which is quite low. The pilot should’ve went around and/or sidestepped way before, but it probably would’ve been a non-issue regardless.

Clear night, a well lit runway and a professionally trained crew. I do wonder how something like this even happens…

This was the FR24 map and speed/alt chart of the flight. Shows the bottoming out at 695 feet on the first attempt, however, they could of gotten lower in between altitude transmissions.

This is one heck of a pilot error. Can’t blame this on equipment unless he experienced some kind of new and unheard of optical phenomenon.

And on another note, doesn’t this happen if you go APPR on the 28’s in Infinite Flight? Haha.

Anyone have the ATC playback?

It’s embedded in the article :)

Found it now - thanks

It was at night, so maybe the pilot mistook the taxiway lights for the runway lights?

Are they really “unusual” - I don’t think so:

This happens everytime the media chooses people with no understanding of aviation to report on the incidents.

Wow, that would be horrifying if the plane landed on the taxi way.

I once made the same mistake before on Ts1, where I mistaken the runway as the taxiway, then I immediately declare a go-around when I saw a A380 there. I suppose it’s a common mistake pilots make at IF.

Had the weather was bad like the EVA’s near miss case, the accident is more likely to happen and would kill many innocent lives. Fortunately, the weather was good at that time.

Hopefully another one of you know what didn’t happen for the second time.

AC759: we’re landing on the taxi way so there is no need to go around

Tower: AC759 im going to need you to copy a phone number

Tower: You only had one job 🤦‍♂️

They were running late so he thought it would have been more time efficient to just land infront of the gate. No need for so much hassle, It’s completely understandable.

So you’re telling me that a pilot with thousands of flying experience lined up with a taxiway? Night time is no excuse because the plane should be equipped with 2017 advanced aviation technology. Why did the pilot line up with the taxiway I have no idea but didnt the cockpit instruments tell him? Sounds like the cockpit instruments weren’t working properly if he lined up with the taxiway…