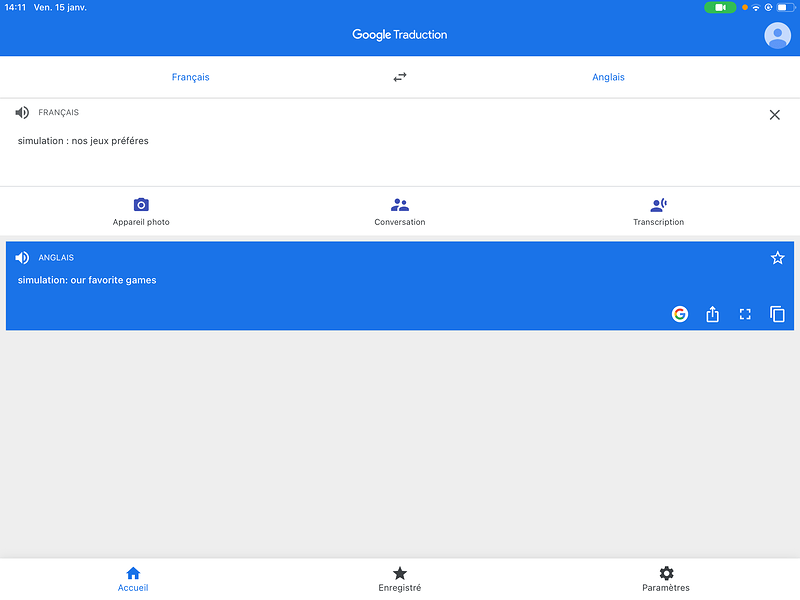 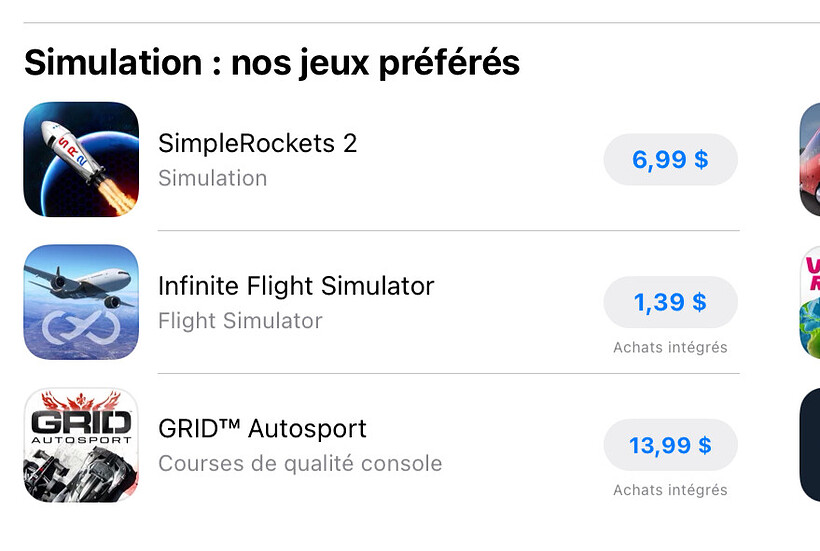 Sorry it is in French because I am a French person. But I use translate for you

Apple’s recommendations aren’t in any particular order in terms of “best game”, but it’s nice to see that. Leaving a positive review on the App Store or Google Play Store helps Infinite Flight become featured more and more, so if you haven’t done so yet, I highly suggest doing so.

Neat that simplerockets 2 is up there next to IF

Done it on my Android and iPad :D

i can imagine that simpleRockets2 isn’t worth the money though, Ive personally never heard of it.

You guys should branch out then, its quite an entertaining game, somewhat akin to Kerbal Space Program. It’s really popular and provides a good introduction to spaceflight and orbital mechanics. Don’t just try to throw shade because it’s not Infinite Flight, other games exist too, no need for the superiority complex.

Yea I do know that other games exist, but I could find a similar game to that and not waste money on something I’m not very interested in

If Infinite Flight is close enough to XPlane and Microsoft Flight simulator and stuff for it to be good for mobile then by that benchmark I’d say Simple Rockets is better because it is so nearly as good as KSP which is pretty much the gold standard of consumer rocket simulation games. It’s really got it all. I understand flight sim and rocket sim are different things so I’m by no means suggesting we all jump ship to it, but if you think flying and building rockets might be fun definitely give it a try. GRID Autosport is great too, they pretty much picked my top three mobile games so 10/10 recommendations from Apple lol.

I agree with you on that.

We all know what is #1 in our hearts. This is an IFC community so lets stay focused on Infinite Flight.