What does a complex aircraft entail?
A complex aircraft is one that has retractable landing gear, flaps, and a variable pitch prop. The flight school that I went to did not have a single engine aircraft that was complex, only a multi.

So, you could say I did it backwards but not really. Anyways, after the flight, and I found out that I had passed, comes the general paperwork from the DPE (Designated Pilot Examiner). After we had electronically signed the paperwork on the computer came the time to print the temporary license that is issued to the newly rated pilot, me! However, there was one issue between me getting the new certificate and not getting it. The printer, yes the printer. The printer was out of ink, and there was no paper. The folks at the FBO that I had done the check ride with were on their way to the local office supplies store to go pick up these much needed supplies. My examiner, didn’t have the patience to wait for them because he had a busy schedule immediately following our flight. Luckily he had temporary certificates that he could just write in the information. Keep in mind when you look at this photo, the examiner was in his late 70’s. One could argue that this is a child’s handwriting. Anyways, thought I’d share this with you guys. I’ve blurred out most of the key features that I consider private, and not worth sharing publicly. Use this post as an inspiration to move forward with your dreams, goals or aspirations. 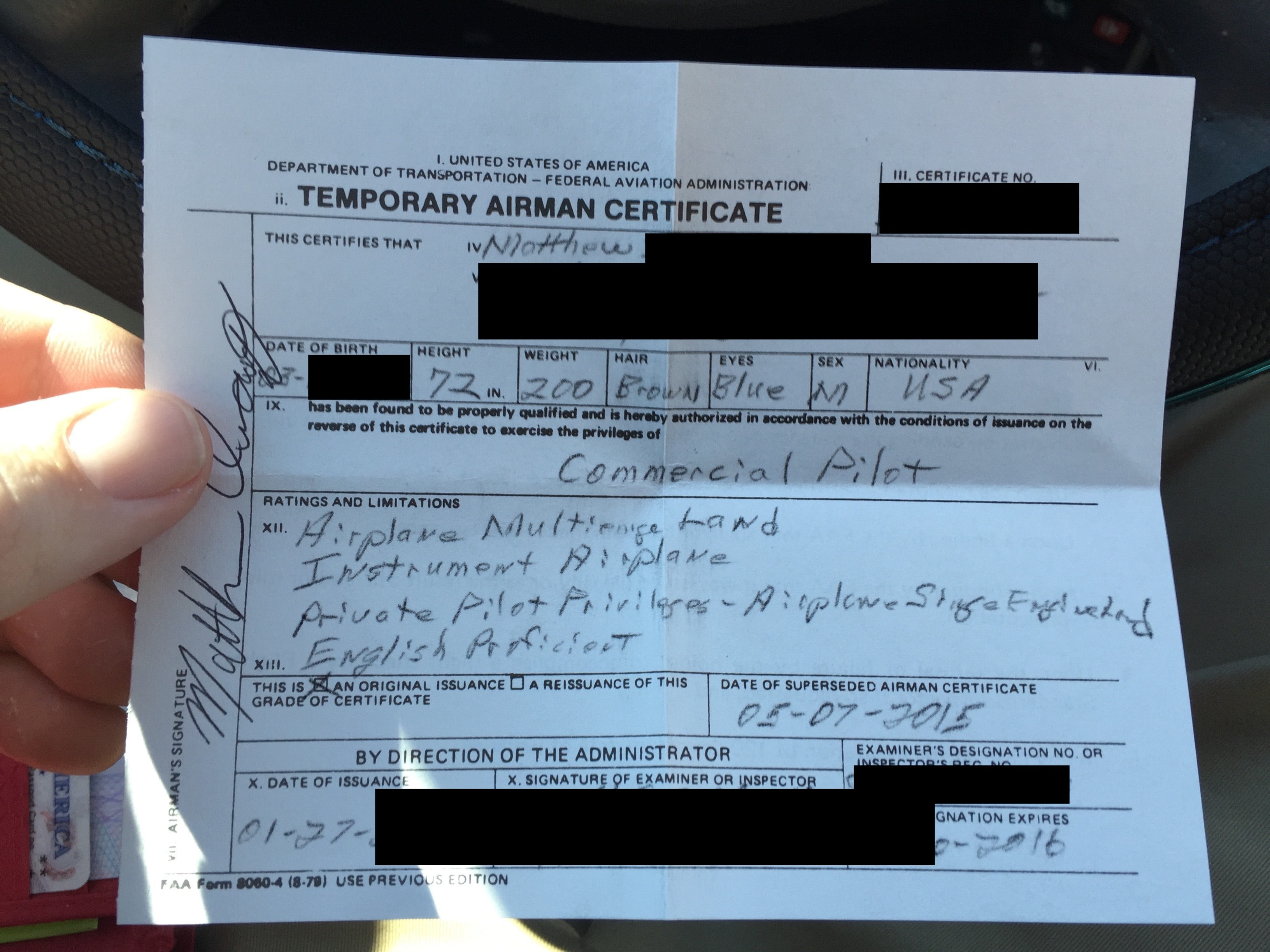 Very interesting. Our flight school uses the piper arrow for the commercial certificate.

That’s a cool pic to find and it is very inspiring. Thanks for sharing this man. Btw I’m taller than you :-)