Found these rare pics of my favorite plane of all time, the Concorde!
Enjoy!

What a rare catch…

done! i removed the ‘‘spotting’’ due that these pictures are not taken by me.

That’s cool a once in a lifetime experience.

I love a good ol’ Concorde!

It’s a Concorde flare, perfectly normal. That thing uses insane AOA to get off and back on the ground.

First time I see the Concorde at St.Maarten. So special and nice :D

I think it has to. Is supersonic, as well as it has gear in the back.

That thing didn’t use up too much runway???

@AdamCallow (CORRECTED: pls see Mr. Callow’s correction below all the way from the Isle of Man)

When was this taken?

I hate to correct you but it did happen. Concorde visited Saint Martin (SXM )on 17th of December 1989 bringing in the French President for a summit. The pictures above are on display at the airport.

This is also from the twitter of the airport.

In 1989, @airfrance Concorde touches down in St. Maarten. #ThrowbackThursday http://t.co/5558IASHT3 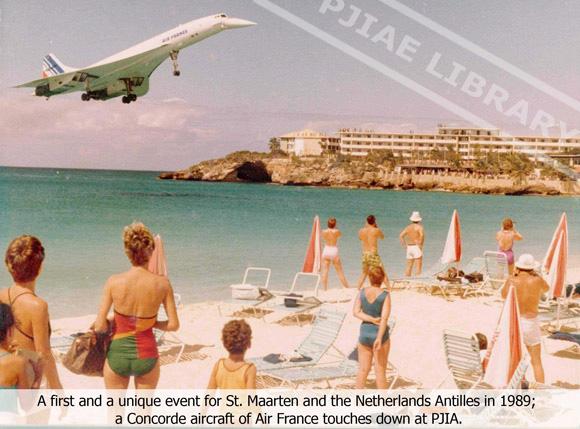 MaxSez: I stand Corrected! Don’t know how I missed this one. Only saw simulated depictions. Shame there’s not a good complete film. Good catch Adam!

I wonder if they had to clear the beach for it to take off.

Too bad we didn’t have camera phones back then to get a video of it landing and taking off!

That’s wicked. I wish I could have saw that.