A late night Qantas cargo flight has had a mid-air scare over southwestern New South Wales after the cabin lost pressurization while cruising at 26,000ft on Wednesday.

Flight QF7335 was traveling between Brisbane and Melbourne when the two flight crew onboard were alerted to a “wing body overheat warning” while flying over Narrandera, NSW. The cabin pressure dropped and both put on oxygen masks while they descended however the co-pilot was left “incapacitated” while the pilot descended down to 8,000ft where the oxygen can is thick enough that you can breathe normally. The pilot then made the choice to divert to Canberra Airport where firefighters and medical professionals were waiting to assist and the aircraft landed safely just after 12 am. Both the pilot and the incapacitated co-pilot where taken to a hospital and were released shortly after.

The aircraft involved is a 31-year-old Boeing 737-300 (VH-XMO) operated by the fully owned Qantas subsidy “National Freighters Express”. She had been originally ordered for Australian Airlines in 1985 as a passenger jet before operating “Jet Connect” flights between Australia and New Zealand in 2003 then finally converted to a freighter for the fully owned Qantas subsidy in 2006 where she has remained ever since. The Australian Transport Saftey Bureau is investigating and has classified this as a “serious incident”. The aircraft will most likely remain in Canberra for a while yet while investigators fully examine every aspect of the incident 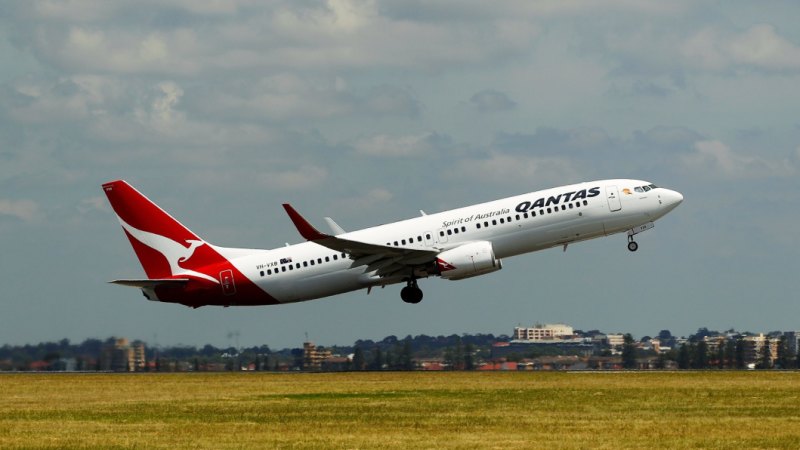 The national transport safety body will investigate after the cabin suddenly depressurised on a cargo plane owned by Qantas.

Interesting story! I didnt even know Qantas had a freight subsidiary