So this is happening in London today 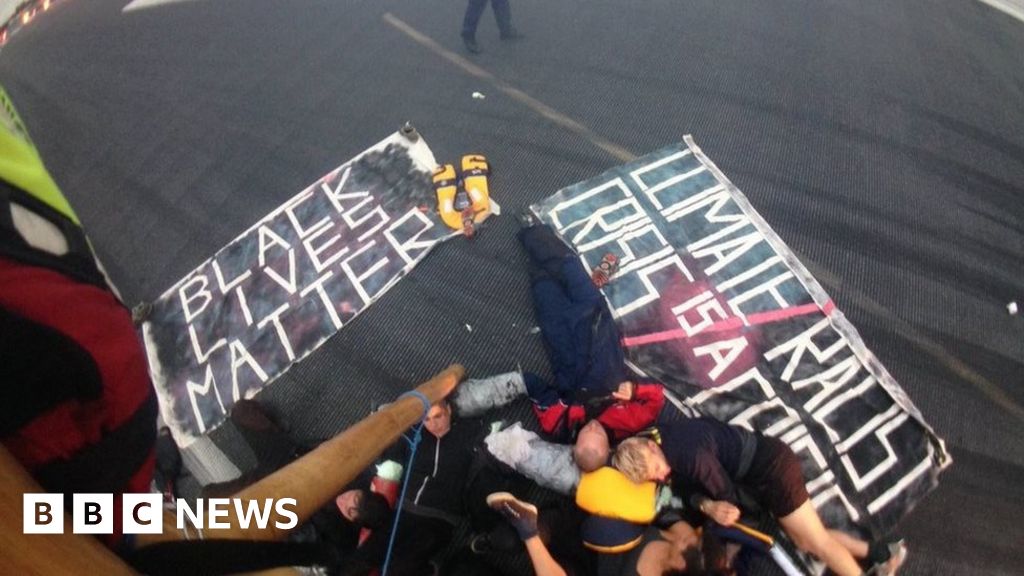 I thought BLM was only a US thing. Now it’s spreading all over the world?

Pretty sure it wouldn’t happen in Australia. Multiculturalism is well respected here.

Ok, WHAT? Don’t get me wrong I am 100% againsed segregation and racism but climate change is affecting EVERYONE not only the African American community. And no one should protest on a fricking runway.
1: it affects the economy by stopping hundreds of flights.
2: it is stopping hundreds of people from reaching there destination for business, pleasure or important issues.
3: it is putting the aircraft, passengers and protestors in danger.

And just making it hard for major international airports (Heathrow)

Why ? Don’t they know that will delay a lot of flights heading to London city 😐

I think thats why they are where they are, to get attention.

Yay wait. Nooooo. I know Black Lives Matter because of what goes on but they won’t need to protest on London City Airport. But since London has a lot of Nigerians I would see why.

where security was ?? as these people are able to enter the runway ??

Yes but I suppose you have a minimum distance to keep from airport limit,no?

There is a rowing club in the dock so a boat in the water would not alarm anyone and they did it when it was dark.

Wouldn’t they be arrested for getting on the runway without boarding flight?

Surely there would be a better way for this movement to gain POSITIVE attention, rather than making themselves look like vigilantes…this behaviour is utterly ridiculous. Putting other people’s lives at risk to get your point across is unconscionable. I’m a proud dark skinned Australian, but I say throw the book at 'em!

Nothing says black lives matter like shutting down a runway.

Historically protest has always had it’s greatest impact when those protesting have done something that has generated a lot of attention. Whether it’s throwing yourself under a horse, refusing to give up your seat in the KKK-infested Deep South, climbing tall buildings with little protection or blockading whalers with a RIB. More power to 'em I say.

They did it outside Heathrow a few weeks ago. Like come on protest in the streets not on a active runway. Tbh this would make me hate them if I missed my holiday.

I am sick of political movements shutting down London airports. No matter how honourable the cases are aviation doesn’t do anything wrong they are the most caring of the environment than any other industry.

Since when did aviation ever impinge on black lives.

It is time to shout down anyone who does crazy behaviour like that they should be arrested as the law provides.