Continuing the discussion from this topic,
Two security officers in Chicago have been fired following an overbooking incident on a United Airlines flight to Louisville in April, which left passenger David Dao being dragged of the aircraft. David was asked to leave the plane after being told that his seat was needed for a crew member on a connecting route. He was left with a broken nose, two missing teeth and concussion. Since the incident, one officer resigned and two have been fired.

Chicago’s Inspector General Joseph Ferguson’s report states that the officers used “excessive force” which “escalated a nonthreatening situation into a physically violent one”. 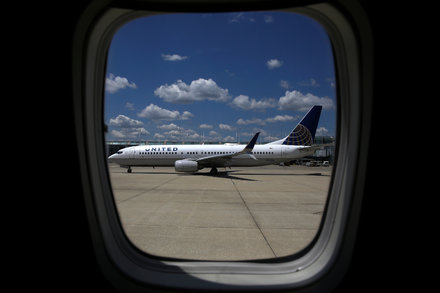 Chicago’s Inspector General took disciplinary action against four security officers who dragged a doctor off a United flight in April.

He was left with a broken nose, two missing teeth and concussion

Gee, he got really beat up. I really don’t want this incident to come up again…

Thank god they got fired. A lot of the times they just get suspended for a couple of weeks. Hope they use this as a example to not let this happen again.

I thought that he got off and complied than ran right back on the plane? And thats why the officers had to get him. i guess theres a diffrent story of they fired them

The main reason why this thing became a whole incident in the first place was not the overbooking rather the excessive force used by the officers. The overbooking was the oil on top of the fire.

Wouldnt this not be united fault? the aircraft was owned by republic airlines! completey diffrent company

They show a 737 making it look like the one involved in the incident.
BUT Look a registration lets look up that registration! shall we?

It is Republic 3679 in this picture! That means Rebublic airlines owns that Aircraft!

If you hire a contractor to do work under your name as a company, like United, guess who just committed the offense, United did.

Good! The officers should be fired. Now can people get off United’s case? Notice it was “security officers” not “united Officers”?
Maybe this will finally open peoples eyes (not here in the forum but in life) to the fact that United was not responsible for how these officers behaved.

The pilots and crew onboard that aircraft were operating under the United brand hence the flight used UA’a code ie UA3411. It was the responsibility of United. It is like me renting a car from sixt then I injure someone with that car. It is me who would be responsible just as United is responsible for this incident.

The question is how did the officers learn of what was going inside the aircraft? They can’t just randomly storm into a packed jet then start dragging people out for no reason.

So you’re tellig me if a store owner calls police saying that someone is being belligerent and refusing to leave after being asked, that when those officers come in and drag the customer out fo the store, that it is somehow the store owners fault? Your logic is full of holes my friend.
You’re asbolutely right. They can’t do it for no reason. They had a reason and they did it. Problem solved.

The man, Mr Dao was never a threat to anyone on board thus this ordeal was unnecessary. It’s not United’s entire fault because the aircraft was not owned by them but what United should have done in their contract with Republic airlines is to ensure that incidents like these would not happen on flight contracted by republic airlines. The cops on the other hand should have used normal protocol in dealing with Mr Dao.

By refusing to leave the aircraft and disobeying a flight attendant (which is a federal offense. You know how they always say federal law requires compliance with cabin crew instructions. Well he didn’t comply so he was therefore breaking a federal law. He could fight it all he wanted in court but at that moment what he needed to do was obey the cabin crew and pilots).
He was effectively becoming a nuisance and a threat to United cabin crew. When it gets to a point where a pax refuses to deplane but they need him to deplane, how else do you expect them to react? They are not going to play the children’s game of sitting in silence until the other breaks. They are going to call officers who are not United employees and ask them to remove this passenger.
It is completely understandable and I support United in this incident over the passenger. Do I think the officers should have reacted the way they did? Absolutely not. But was it United’s fault the way these officers acted? Absolutely not. United didn’t thing wrong other than overbooking a flight and asking passangers to offer up seats which every airline in the world runs into at some point or another.
United is all clear in my opinion. Glad to see these officers grounded but I’m more glad to see that United is moving forward.

I hate it when people who dont know the whole story start making ill-informed comments. I personally know the captain that was working the flight. I also flew for Republic for almost 4 years so I know how this operation works. Here’s the whole story.

This was a United codeshare flight operated by Republic Airline (there’s no S at the end).
United had a flight cancel and needed to position a crew to operate another flight last minute.
The passengers on board this flight were already boarded.
The gate agent came down and made an announcement for volunteers.
Dao was one of the passengers who volunteered to take a later flight for compensation.
He exited the aircraft and returned to the gate area.
He then ran back down to the aircraft and jumped back in his seat.
At this point he was considered a security threat because he ran past the boarding area door.
The gate agent (a united employee) called the airport police.
The rest…well you’ve seen the video

Glad that someone who is well informed has spoken up.