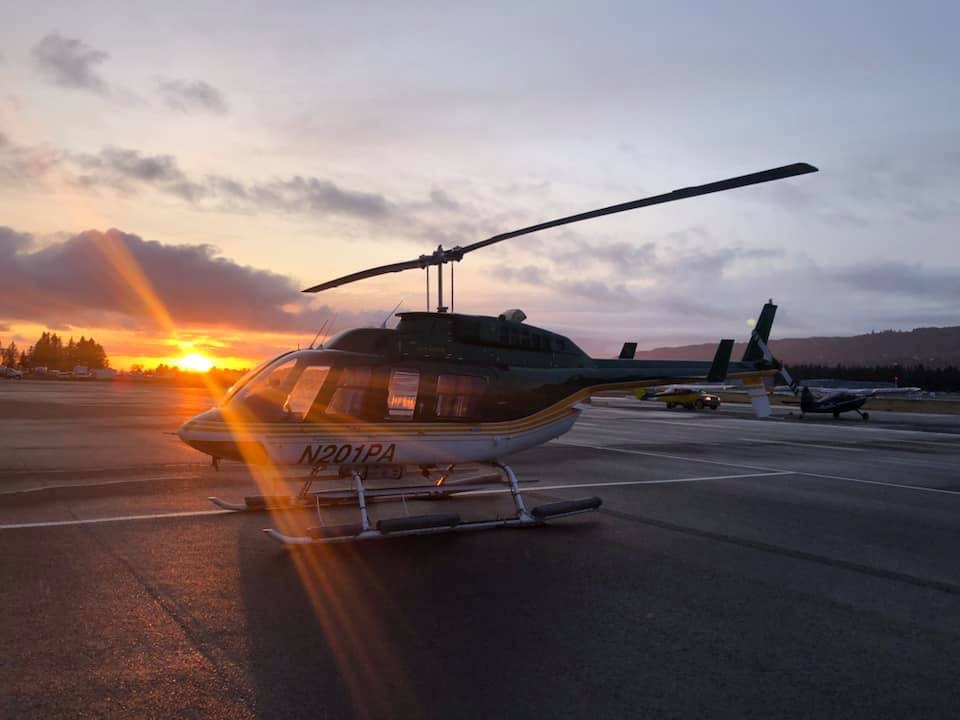 A trio of New York City lawmakers aim to ban all tourist and ride-sharing helicopters flying in Big Apple airspace in the aftermath of deadly crashes.

“The Improving Helicopter Safety Act of 2019 would drastically reduce helicopter traffic, improve safety, and cut down on noise by prohibiting non-essential helicopters from flying within New York City airspace,” the lawmakers said in a joint statement.

The bill will be tailored to apply just to New York City, given the population density and size specified in the text, according to an aide.

The ban would apply to all sight-seeing chopper rides as well as Uber, Blade and other flight-hailing services. Exceptions would be made for police, medical, emergency and disaster relief efforts. News gathering outlets could also still fly, according to another aide briefed on the bill.

The legislation comes after a sight-seeing helicopter crashed into the East River on March 11, 2018, killing five passengers.

Then in June, a helicopter made a crash landing on a midtown skyscraper, killing the pilot Tim McCormack.

At least 30 helicopters have crashed in New York City, causing at least 25 fatalities since 1982, the lawmakers said, citing National Transportation Safety Board records.

They can go heck themselves. Frankly that is stupid and unneeded. I know some aircraft have crashed in NYC, but seriously. Most of them were private helicopters, not public. It just makes no sense. Not to mention that the helicopter tours and services can actually help the economy.

I think this is a stupid idea. First they should ban all cars from New York and than remove all traffic with highly trained staff and pre-flight checks.

First they should ban all cars from New York and than remove all traffic with highly trained staff and pre-flight checks.

Or how about just ban anything mobile from NYC. Including us, we can just sit in chairs and work on computers.

I saw this on the news a few days ago. I understand where they are coming from by doing this, but this may be a step too far.

I’m interested to see how the bill is written out, particularly on how they define New York City’s airspace. Based on what we know now, it doesn’t seem like that bad of an idea to me. New York has some of the busiest Airspace in the country, and reducing traffic directly over the city could make things safer. It all depends on the scope of the regulation, and whether the lawmakers get oppressive with their definition of airspace. I’ll be waiting for the full law.

New York is an extremely safe airspace, taking jobs and money isn’t good for the economy, yes there’s been accidents just like my airspace I work in, it’s a very busy airspace where we need Part 93. It’s sad see New York try do this to the Helicopter industry

Obviously, the Swamp called NYC. Just waiting for something like this, it’s ridiculous.

Eliminating helicopters is not improving there safety… 🤦🏻‍♂️

So let’s say (and it’s not true, but I think you’ll see my point) those have all been those flights from JFK to downtown Manhattan, then those 25 deaths account for only a few thousand Tripp’s from JFK and back at best given average fatality rates on highways. So I’m sure more than 25 people have been killed making that trip since 1982. This is completely unnecessary, and if anything actually makes some of these Tripps more dangerous…

I get your point I think, but flying over NYC is okay. Now me personally I will NEVER fly over water in a single engine machine anymore after the Liberty incident. I think a multi engine rule should be placed but that’s a meism not a FAAIsm

Obviously, the Swamp called NYC. Just waiting for something like this, it’s ridiculous.

@Ksisky is spot on in terms of the way in which to approach this. There are some valid points to be considered with this bill.

Yes I see your point, but that’s how I feel about this. I knew NYC would be one of the first to do this.

But yes, I realize what I did and will learn. Even regulars mess up sometimes.

Frankly that is stupid and unneeded.

No, it’s not. Can you imagine a helicopter crashing into the Empire State Building? The World Trade Center? The helicopter that crashed into a skyscraper recently almost hit my moms workplace. When you have one of the most congested airspaces in the world combined with the highest population density in the United States, maybe trying to limit the risk of disasters isn’t “stupid and unneeded”.

Can you imagine a helicopter crashing into the Empire State Building? The World Trade Center? The helicopter that crashed into a skyscraper recently almost hit my moms workplace. When you have one of the most congested airspaces in the world combined with the highest population density in the United States, maybe trying to limit the risk of disasters isn’t “stupid and unneeded”.

Okay… a jet can run into those things so shall we ban all of the jets? No… as a member of a helicopter industry we agree that this is an idiotic law. More people were killed in NYC in plane incidents than helicopter incidents.

More people were killed in NYC in plane incidents than helicopter incidents.

Statistically, a helicopter is more likely to run into this sort of thing, so no, we should not “ban all the jets”. In addition, most airplanes do not overfly the city of New York(mainly Manhattan) at the height that helicopters so no, the statement that “a jet can run into those things” isn’t necessarily true.

This is all debatable but maybe it should be so you need a license to fly in NYC like a taxi, just my 2p…

Might as well ban cars I mean they are far more dangerous then choppers.

Noise reduction? IN NEW YORK. Come on these guys are a bunch of 🤡🤡🤡🤡🤡🤡