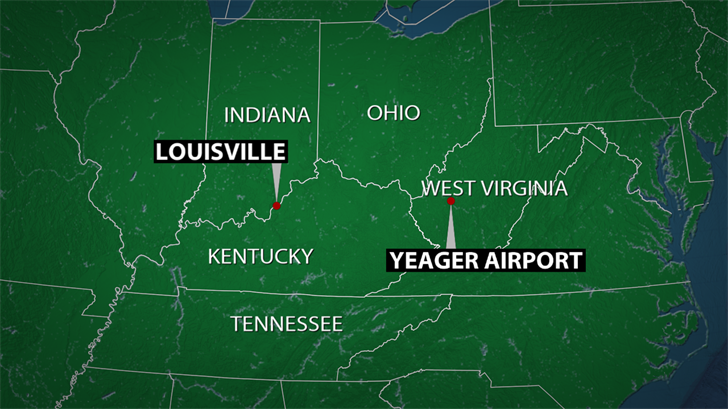 A cargo plane contracted by UPS went off the runway and over a steep, wooded hillside Friday at a West Virginia airport, killing the pilot and co-pilot, an airport official said.

It seems really bad from the lastest news. I hope there won’t be more fatalities because of this runway overrun =/

I hope those who died can rest in peace 🙏

According to FR24, All AA Flights were Cancled

That’s sad. It was a shorts 330 aircraft that crashed at the airport flown by air carrier cargo contracts. Something like that

Your welcome. Glad I could help.

Oh, this must’ve been a horrible crash.
I know Charleston - Yeager Rgnl very well from airport editing. It’s located on a narrow plateau with only the airport on it. There’s basically a straight drop down at either side of their runway.

Not a good day for aviation safety.
Let’s see what further news and investigations reveal.

FAA reporting left wing struck the runway and the aircraft veered to the left off the runway.

‘Airport officials’ state weather was not a factor in the accident. METARS:

Seems the pilot side loaded the aircraft to me

I don’t know the ILS min. for that app. but those clouds are low, and the fog doesn’t help.

If I read this right, the plane hit the ground before the runway and cartwheeled.
https://www.google.com/amp/www.nbcnews.com/news/us-news/amp/yeager-airport-crash-two-killed-when-cargo-plane-hits-hillside-n755371#scso=uid_WQzPEgAERRQKg-WjEwNaDA_1:0

@NetJets_Nick… MaxSez: From all eyeball witnesses and prelim analysis appears crew pushed it while unstable on final ILS below DH (minimums), glide-slop. landed hard & short, wing strike on the overrun, cartwheel, excursion into slopping terrain. Wx will be a factor see TAF above for time of accident. Best guess “Pilot Error”!

My condolences for the pilots

I told you that weather might have been a problem. (not trying to offend anyone)

I never heard about that aircraft in my life. But anyway, 🙏