Norwegian was the 2nd customer for the 737 MAX. 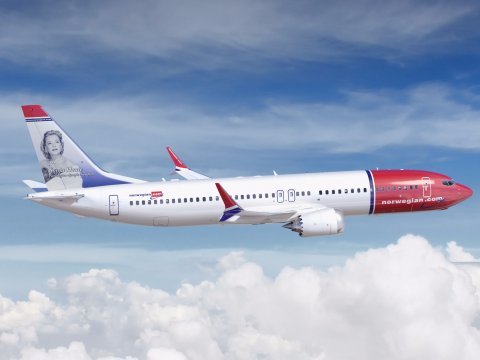 Not my photo
Source: https://www.google.com/amp/s/amp.businessinsider.com/norwegian-air-boeing-737-max-sell-69-dollar-tickets-europe-2016-9

Will be nice to have in IF since these will be flying low-cost flights from Norway to small airports on the East Coast.

This will be flying from Norway to east coast? That’s incredible!

I know! They will be doing low-cost flights to smaller airports, such as Stewart International Airport in New York.

I love the winglets on the 737 MAX

please provide the source of the pic and read this .

Dear Forum, We have recently had someone contact us with a complaint that a photo of theirs has been used without a ‘licence’ (even thought the photo wasn’t for commercial use). Whilst we can pretend to be lawyers and debate whether you can or cannot use specific photos per case, it is privy that you are careful about the photos you chose to use on the forum. This is mainly because we don’t want long, boring emails from complainants. As I mentioned, no one on here (queue a sudden influx) is a …

Thanks just updated it

Would be really good norweigan is one of My faveourite airlines.

I’ll still be flying with SAS to Norway as they are part of Star Alliance.

Norweigan will primarily use the MAX8 on routes from Western Europe to the East Coast. For example they are looking to open from Aalborg to JFK and so. It allows Norweigan to open routes with a lower demand. It’s the same as SAS did with the Copenhagen to Boston route where they use a 737-700(With Extended Range)

They might fly to JFK but they already fly there with their 787s. Norwegian will most likely fly the 737 MAXs to small regional airports so it is cheaper for them and the customers.

I would love to see this aircraft in IF

I’d love to use this plane in Global flying from smaller airports in the U.S. to Europe

🤔I don’t get it, you would love to see this plane yet you didn’t vote for it but took the time to write something after this topic hasn’t been touched for months (edit: 1 post in June over the last few months). Come on bud, be wise 😉

The thing is I don’t have any more votes left, I’ll see if I can remove 1

Thanks RTG, that would be great!

Done, I removed a vote and voted for this one

We really need this one with an upcoming 737-rework/update.