United Nations’ aviation directors are headed to Pyongyang next week in order to discuss the country’s request to open air routes to South Korea, especially Seoul.

“ICAO’s Asia and Pacific Regional Director, Mr. Arun Mishra, will be conducting a joint mission with ICAO’s Director of Air Navigation Bureau, Mr. Stephen Creamer, to the DPRK next week, where this request will be further discussed among other air navigation and safety matters,” Anthony Philbin, ICAO’s chief of communications, said in an emailed statement to Sputnik. 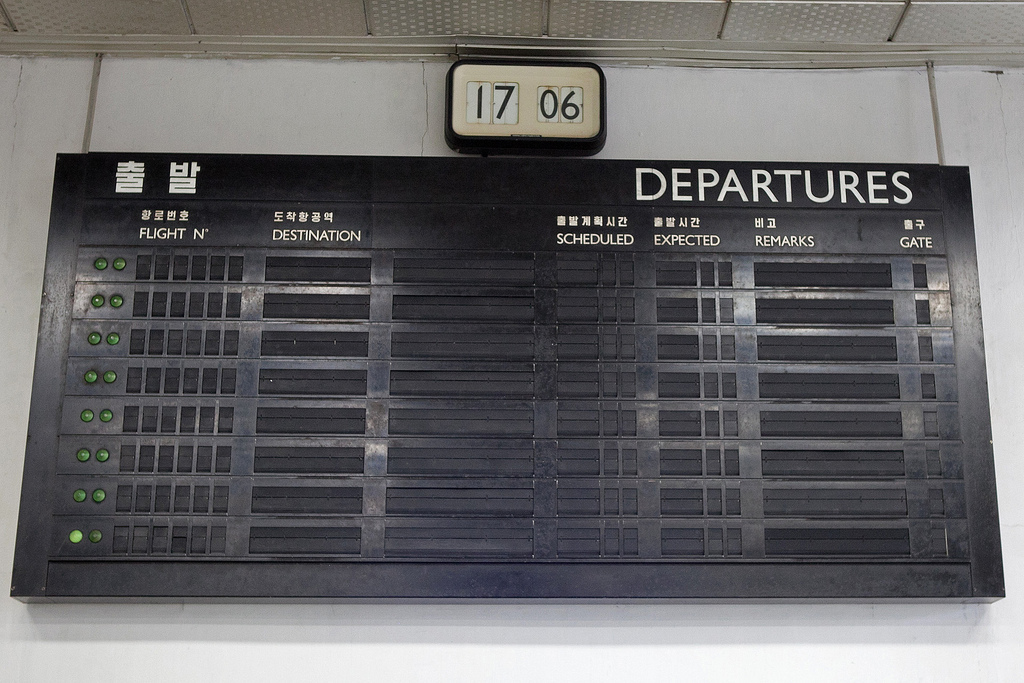 North Korea has requested that the International Civil Aviation Organization (ICAO) review a proposal to establish new routes between DPRK airspace and South Korean airspace, ICAO told NK News on Friday. The request was made by North Korea’s General...

Nice to see the suitation is on the up in Korea.

The US should give Air koryo safer planes

If this happens the IFC should do a group flight

Nice to see the two korea’s work together…
P.s: this might be a little off topic but i can’t find the answer in google, why can’t air koryo buy embraers?

@david_hartono_S, Due to sanctions against DPRK by UN, Air Koryo can’t purchase Boeing aircraft (American) and Airbus aircraft (European). This has limited its options only to Russian Aircraft. 😉

I get that but embraer were made in brazil right? Brazil and north korea relation is not that bad right?

I think Brazil had Economic relations with North Korea.
Probably Air Koryo would purchase it 😄

This is an awesome news, as North Korea steps up their relationship with South Korea. I’m looking forward to see a scheduled flight between Seoul and Pyongyang

P.S : Last time there was a flight (Seasonal) between Seoul and Pyongyang was before 2008 to transport seperated families after Korean War (Served by Korean Air and Asiana). Unfortunately the service stopped due to the end of Sunshine Policy. The lastest flight (Chartered) between SK and NK was in January 2018 to transport athletes from North to have a joint-training in order to compete on PyeongChang 2018 Olympics.

@ouzi I believe this sanction also effects North Korea from buying Russian made planes aswell. As it seems they haven’t made any purchases in the last few years and Russia wouldn’t be able to help NK much (As Russia got hit really bad by sanctions aswell)

It’s nice to see the Koreas getting along

Great news after all of the tension up there. Excited to see what this will become!

While this is good news, but it seems as it’s part of the North Korean cycle. Test weapons until brinksmanship occurs, stop testing and negotiate peace (because the US and SK will do almost anything to get NK to stop). Usually the talks continue until NK gets something they want. Then, the cycle continues.

But all in all, this is great news and is good for all of the Korean people, so far.

But air koryo bought AN 148… Which is pretty new…

Yes but this is not just part of the cycle this is the biggest progress to the ending the Korean War since the beginning of it.

North Korea obviously can’t handle economically anymore with all these sanctions and being closed out of the world.

It was delivered in 2014. Which by that time, NK hasn’t received the significant sanction yet (Which still enabled NK to trade with PRC and Russia)

Oh I agree. Kim doesn’t care much about the people. It’s more about continuing his name, and when he starves the people, like he’s doing, they don’t have time to think about uprising or anything like that. So what I think is that he’ll either follow through and become one Korea, or try to restart North Korea again. We just have to wait and see.

I wouldn’t mind stopping for a second to snap a pic of an Air Koryo at ICN.