New photo could be clue to Amelia Earhart mystery 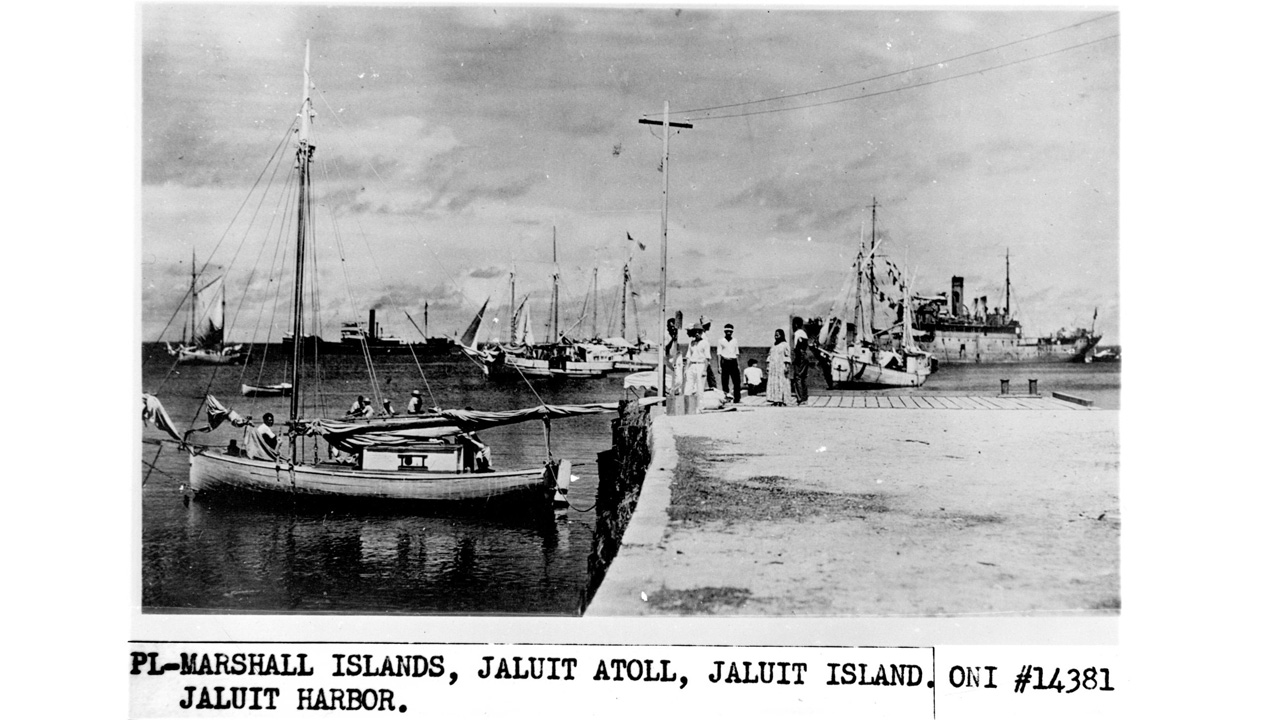 The photo came from History and the National Archives and shows a woman who resembles Earhart and a man who looks like her navigator Fred Noonan on a dock in the Marshall Islands, NBC reported.

A potential new clue has been found in the story of Amelia Earhart. A photo showing people who look like Amelia and her navigator, Fred Noonan. It suggests they were captured by Japan.

How could one tell from that far away if it was Earhart or not?

Some places have super zoom where they can zoom in on a picture whilst the resolution is still pretty high.

According to TV, you just have to say “Enhance” and, boom, picture from a century ago looks like digital 4K graphics.

They also said it looked like her plane was in the background somewhere.

Yea, her plane is nowhere in there. lol.

Yeah wish it was that easy - I’m mean, it is slightly but you need a few things 🙂

I said “enhance” 3 times to my phone, and I can see 2 ants dueling it out by her feet 😆

The “plane” is behind the large ship in background on the barge which is being towed by large ship (the object doesn’t look like Lockheed Model 10 Electra in my opinion). If you watch whole video on nbcnews site, there are two postage stamps depicting the crash of Amelia Earhart’s plane and capture by Japanese ship which is same one you see from the picture.

I have mixed feeling about this picture, its really strong evidence and yet why haven’t t US and Japan government admitted that Amelia didn’t disappear. Mystery disappearance of Amelia happened 80 years ago and Japan is big ally of US so cover up isn’t necessary anymore.

This one is a little iffy for me. It’s not concrete by any means, but it could be a possibility. If you watch the full segment the ship is “towing” something that is 38 feet long, which is the same length as her Lockheed Electra. Unless clearer images or some other piece of evidence comes up, I don’t think we’ll ever know what really happened.

“These magnified details of the new picture are alleged to show (from left), navigator Fred Noonan, Earhart herself, and their plane”

From what I’ve read online from various news sources it is actually her. Honestly I find it hard to believe. A Japanese blogger claims to have found the picture in a book from 1935—two years before Earhart left on her mission.

Take a look at this… the photo was in a book two years before she departed to fly around the world.

(Credits to @Nathan for pointing this out to me)

That really makes more sense. Thanks for sharing!

Absolutely incredible. See link from MSN:
http://dl.ndl.go.jp/info:ndljp/pid/1223403/99?itemId=info%3Andljp%2Fpid%2F1223403&contentNo=99&__lang=en (Scroll your mouse dial to enlarge pic)
History Channel WAS making a hard sell. After they purported that the barge m-i-g-h-t be carrying the plane, they spent the rest of the show stating it as a fact… referring to it as 'the plane on the barge".
They banked on oral history of recollections to get the viewer (including me) to nod in all the right places.
Good post!