While I was in Pittsburgh earlier this year I was able to do many aviation related activities, but by far the most exciting thing I did was take a 3 hour flight lesson in a Cessna 172!

Although I have been obsessed with aviation for 10+ years and have been doing flight simulation since 2014, before this I had never experienced any real life flight training let alone flown in an aircraft smaller than a CRJ-200. My family was aware of how much I wanted to do something like this, and, it turned out that one of my grandpa’s neighbors was a flight instructor. He had been and A-10 pilot in the Air Force and then a pilot for Southwest Airlines, but retired in 2016 and picked up a job as a flight instructor at a flying club in Zelienople, Pennsylvania. We talked to him and planned to a 3 hour introductory flight lesson on September 3rd.

We started at KPJC (the flying club’s base), flew to downtown Pittsburgh and did a figure 8 there, did a touch and go at KUCP, and then headed back to PJC for a few patterns. In total I logged 1 hour of ground training, 2 hours of flight time, and 3 landings. The instructor was very laid back and let me do quite a bit of the taxiing, taking off, and flying, with some assistance on the landings. 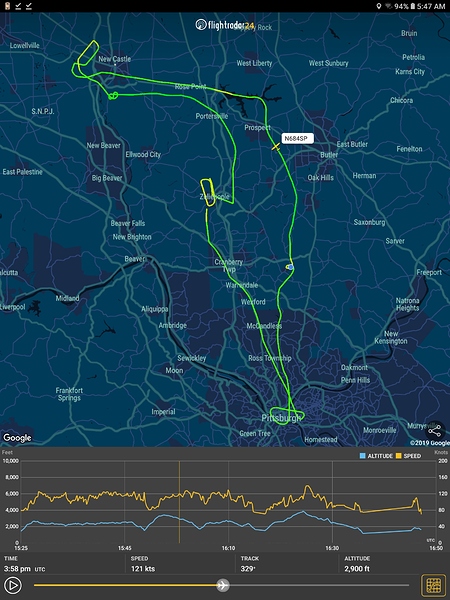 (Yes, I was bad at maintaining speed and altitude)

Our aircraft was N684SP, a 1998 Cessna 172S. Copying from the club site: “It has a white fuselage with red trim, four seats, a 180 HP four-cylinder Lycoming fuel-injected engine, and VFR/IFR night equipment. It is equipped with a KMA-28 Stereo Audio Panel with intercom, an IFR approved Garmin GNS 430W WAAS enabled GPS/Nav/Comm, KX-155 Nav/Comm, single-axis KAP-140 autopilot with nav coupling, and dual push-to-talk switches. It carries a maximum cabin load of about 500 pounds when filled to its 53 gallon fuel capacity.” Although I don’t have anything to compare it to outside of simulation, it handled everything we put it though perfectly and was surprisingly easy to fly.

684SP in the hangar. The ground training included a full walk around, testing all of the systems and flat surfaces of the aircraft. 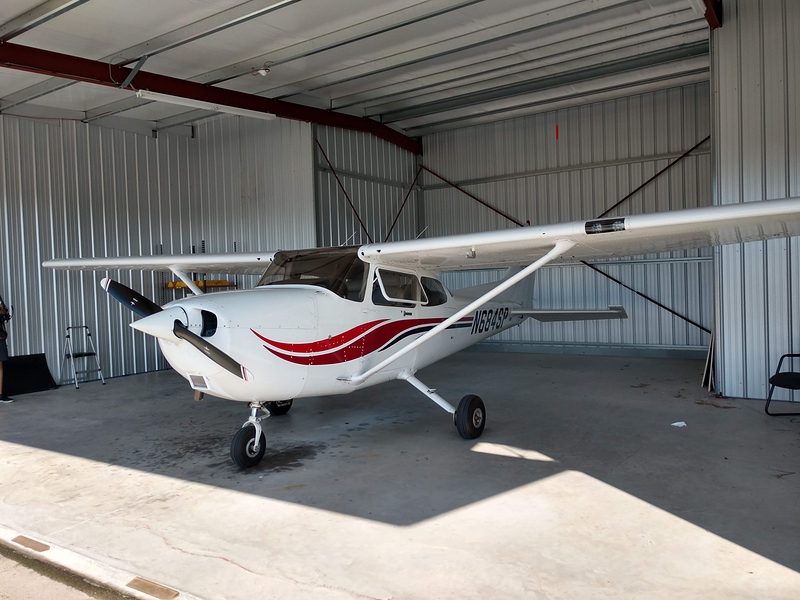 Our plane was equipped with the classic 172 steam gauge cockpit. I learned how to start up from a check list and use all of the instruments. I can’t wait to try them out in IF’s updated 172! 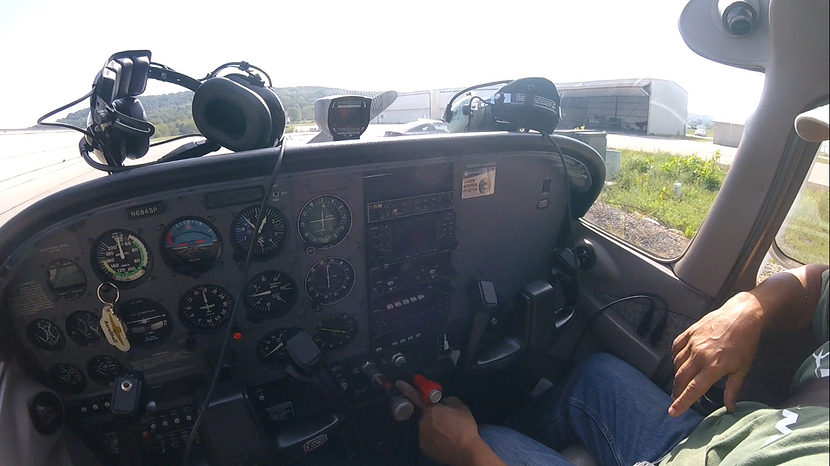 My first few seconds in the air! It was a beautiful day for flying. Calm winds and good visibility made for a relatively easily first take off. 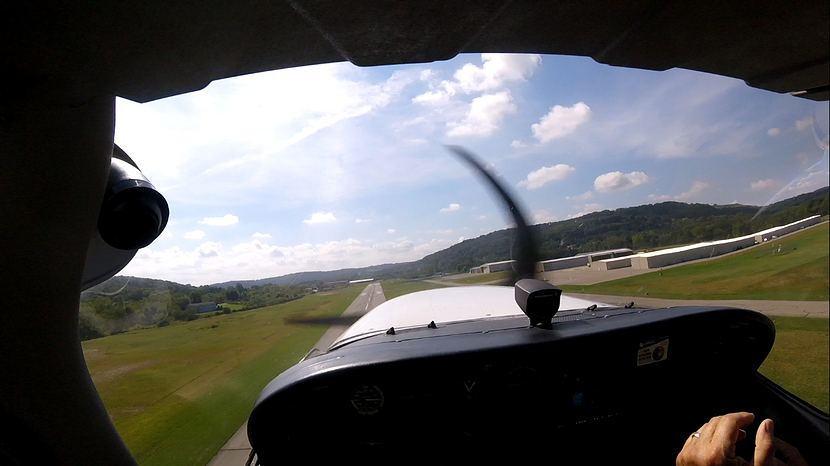 The Pittsburgh skyline as seen from the air. The Instructor was at the controls at this point because we were in PIT airspace and were in contact with radar. 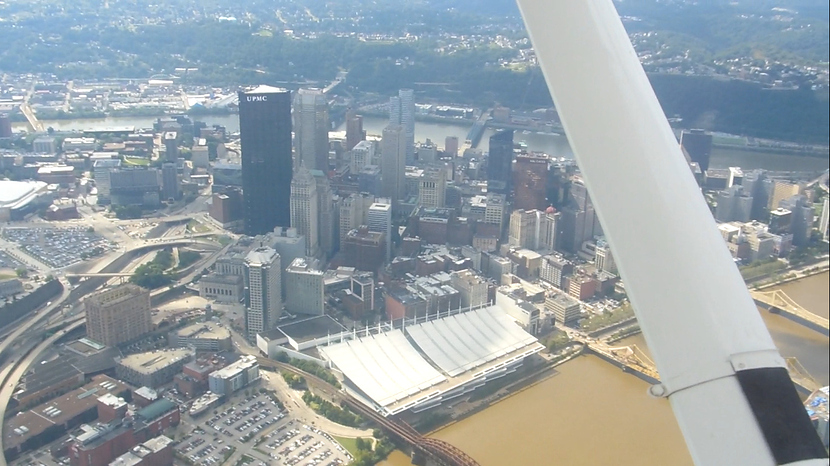 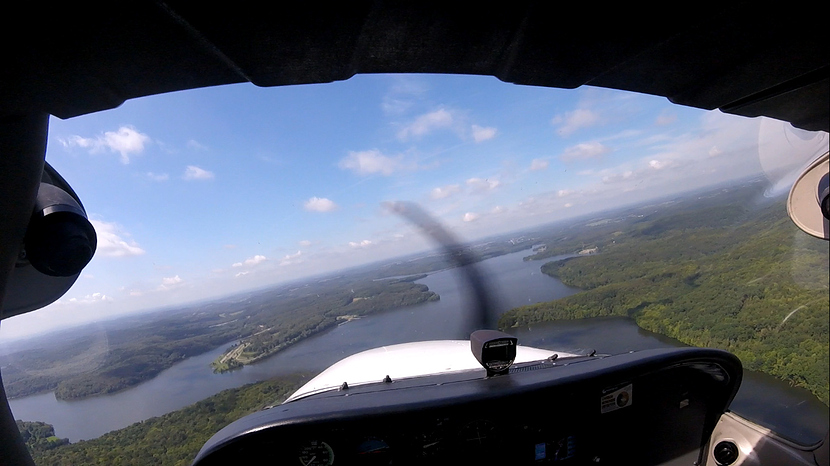 On downwind to KUCP for a touch and go on runway 23. This was our first landing of the day, so I just watched. 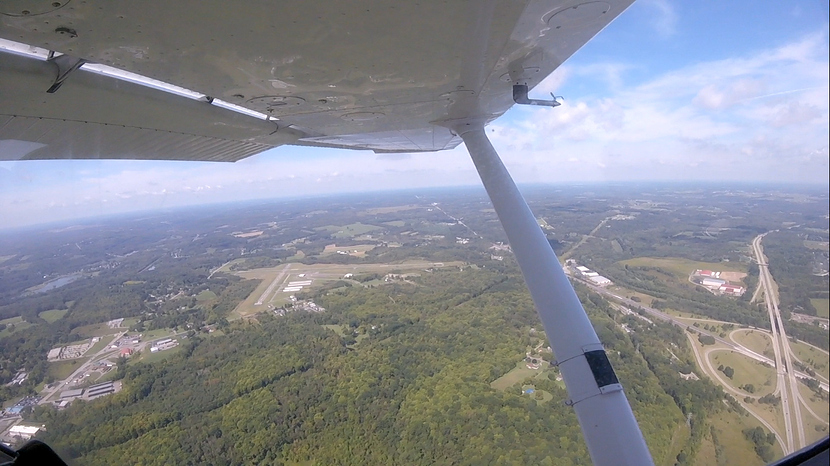 On final for our last landing at PJC, which I was actually able to do most of! 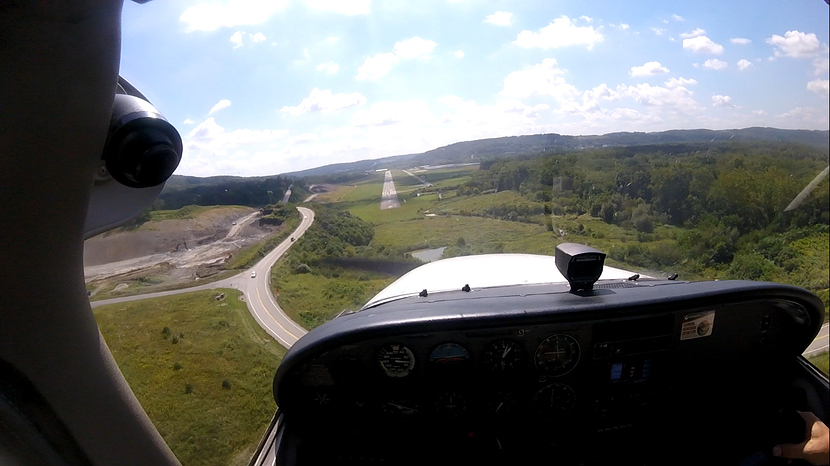 Fueling up after an amazing morning of flying. Another thing that the instructor let me help with! 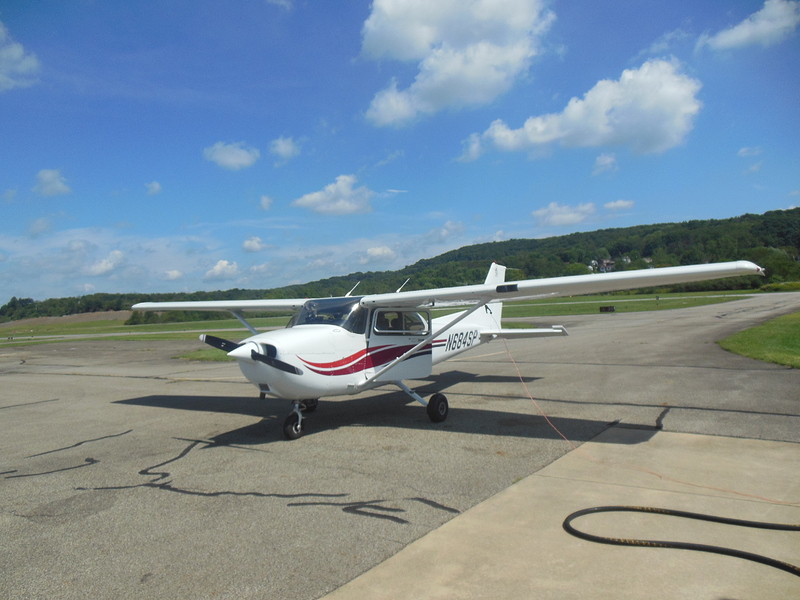 And finally, taxing back to the hangar with the beautiful Pennsylvanian hills behind us. 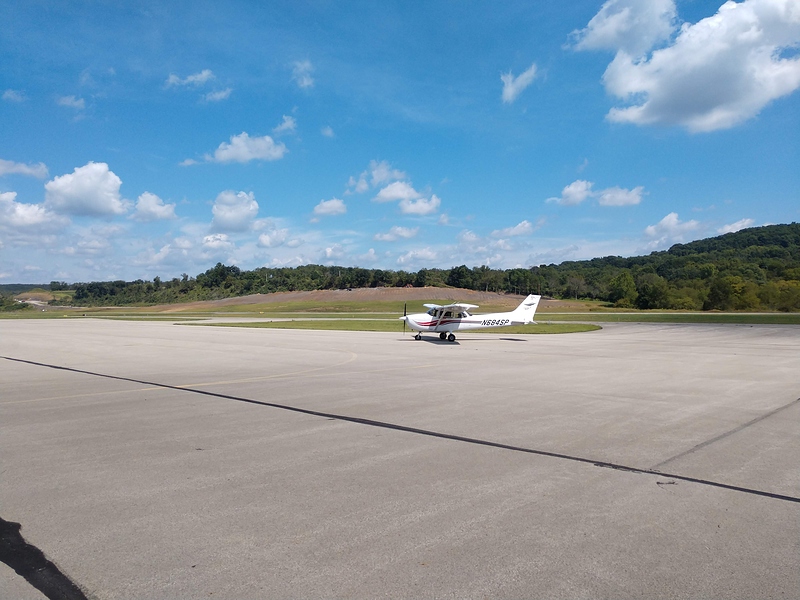 Overall, this was an incredible experience and one that I will never forget. It definitely made it clear to me that I want to be either a commercial or private pilot later in life. It also showed me that, contrary to popular belief, Infinite Flight really does help you learn to fly in real life. Not only did many of the flight rules and procedures that I’ve learned in the sim carry over, but there were several time that I really felt like I was flying in the sim. Certain instincts that I’ve developed overtime helped me to handle winds, taxi, and maintain speed and altitude better than I ever thought I could. My Instructor said that I caught onto things a lot quicker and most other students do.

Thanks for reading, and have a great rest of your day!

As a sequel to this article, I have just finished a compilation of the video footage I took during the lesson. Check it out here!

Make sure you calibrate

Oh wow! Lucky duck! I wish my flight instructor would let me sit in the left seat😭

Infinite Flight really does help you you learn to fly in real life.

I agree with this statement. I had the chance to fly a C172 3 times over the summer and for the most part, I knew what I had to do. Crazy how a simulator can really teach you to fly, right?

Wonderful topic. I really hope you enjoyed this 👍 (I’m sure you did)

Yeah, I think that the combination of using the accelerometer and the accurate physics really puts IF head of PC sims as far as how much you feel like you are flying. Most PC simmers just use the keyboard or joystick to control, where in IF you are holding and moving your device in a similar way that you would a yoke.

So exciting! Welcome to the pilot-in-training world. It’s certainly not easy, but it’s worth every single minute! I’m currently finishing up my commercial multi-engine certificate (I’ve already passed my private and instrument checkrides), and after that, I’ll be starting MEI, CFI, and CFI-I training. You’ll love every minute of your journey, and you’ll do great! :) Just don’t give up

Glad you liked it! I remember my first flight flying out of Nashua. I loved every moment of it :)

Wow, that’s great. Hope it was as good as looks in the picks.

Congrats! One step ahead to getting your PPL. Good luck! I believe in you

I’m busy doing my flight instructors in Cape Town and still to this day I remember my first flight, even the day I went solo. Flying is one of the few things that makes you feel in control. Unlike driving where you have roads and on the ground flying takes safety and multi-tasking to a whole new other level. Flying teaches you so many things you thought you never new to do. So well done to you and hope you have more lessons and become a PPL 👍🏼

I can’t wait for my First Next year!

Hope it was as good as looks in the picks.

Oh, the pictures don’t even do it one bit of justice, lol. It was one of the most moments of my life!

Thanks for the kind words everyone! I appreciate it:-)

Wow! That looks amazing! The pictures are just perfect, they represent the experience well (I’ve flown right seat in GAs before) Makes me even more excited to start flight training myself!

As a sequel to this article, I have just finished a compilation of the video footage I took during the lesson. Check it out here!